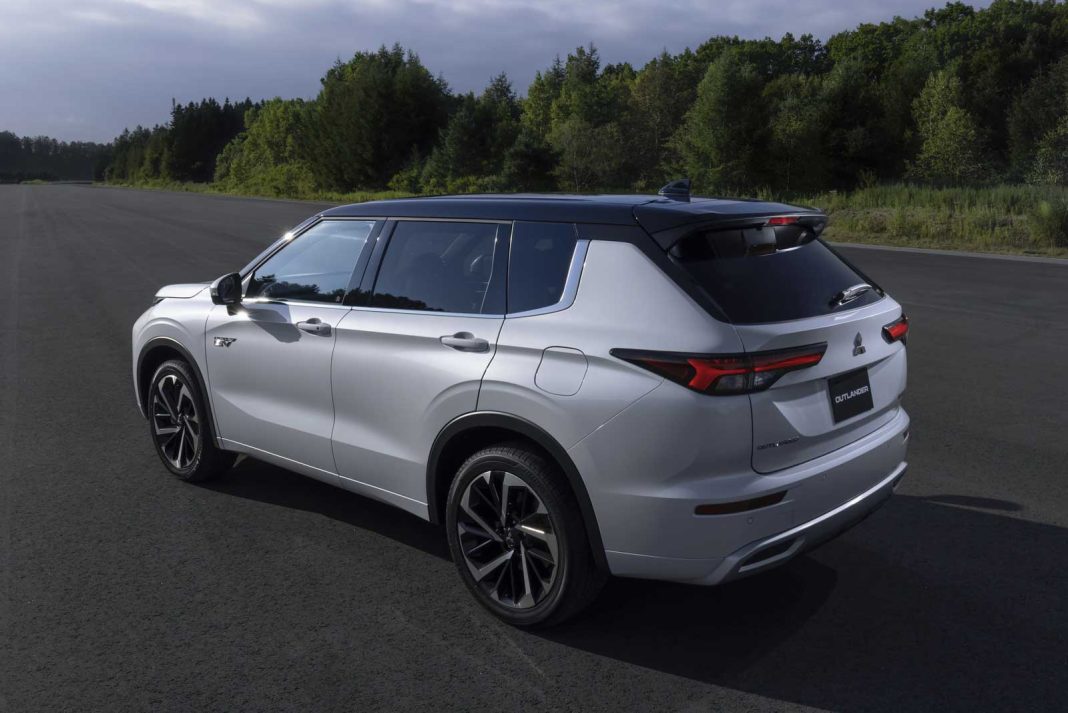 Mitsubishi will host the global premiere of the new generation Outlander in its plug-in hybrid form on October 28 and ahead of its much-awaited debut, the exterior and interior images of the crossover have been released. Compared to the regular ICE sibling, the 2022 Mitsubishi Outlander PHEV has a similar exterior but with the addition of new badges.

The new badges can be found on the tailgate and front doors and apparently, a charging port for the PHEV variant has been given. The design highlights include twin LED headlamps stacked in a vertical fashion and the abundant use of chrome on the front fascia can be clearly seen mainly on the grille section. From the sides, the large greenhouse is visible.

The 2022 Mitsubishi Outlander PHEV runs on a set of 20-inch alloy wheels and it will be made available in an expansive list of colours including Red Diamond, White Diamond, and Black Diamond with possible different roof options. The one showed in the pictures has the roof painted in black shade and a prominent chromed window line is also present. 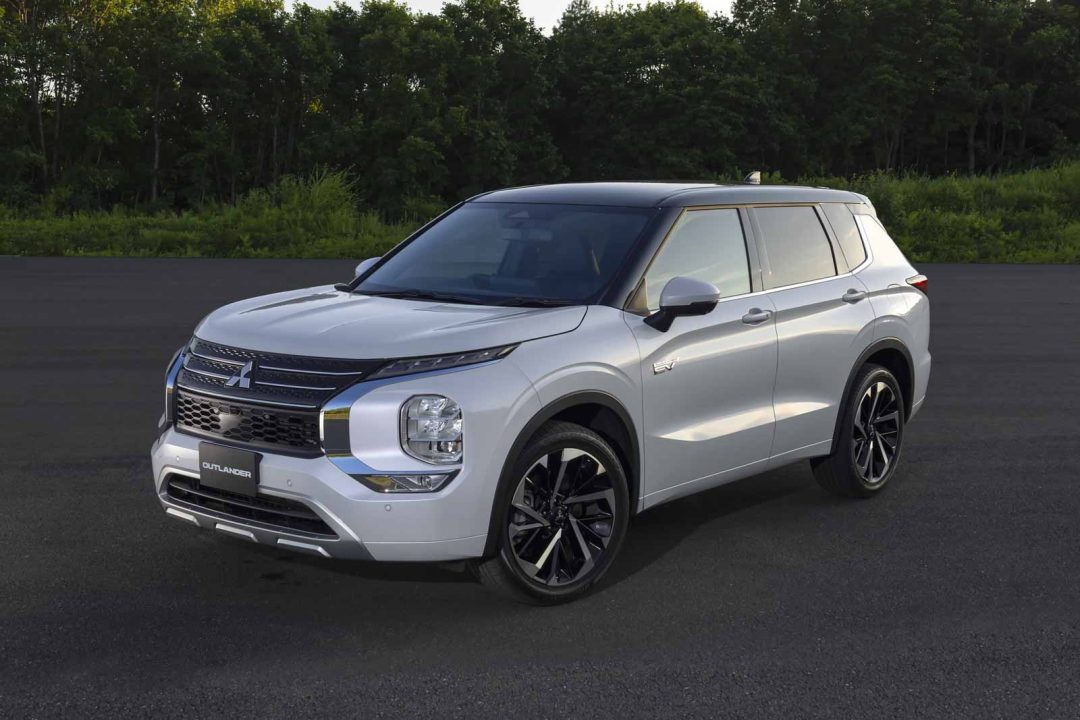 It will also show specific PHEV graphics and the all-digital instrument cluster measures 12.3 inches. Amidst a different packaging and the inclusion of batteries, the 2022 Mitsubishi Outlander PHEV continues to have a three-row layout. The detailed specifications of the PHEV will be officially revealed only at the time of its launch. 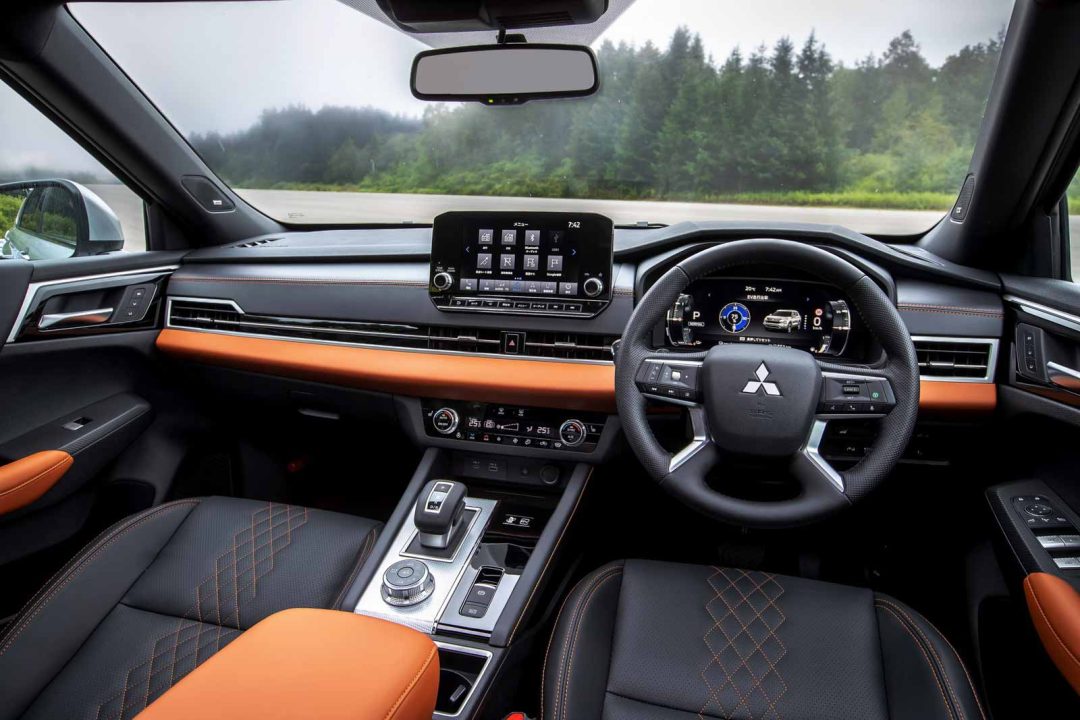 However, compared to the previous iteration, the battery will be larger and it will work in tandem with a petrol engine and a twin electric motor setup. It will also get an improved Super-All Wheel Control system and the overall fuel efficiency will be higher as well. It will go on sale in Mitsubishi’s home market of Japan first before reaching the United States.