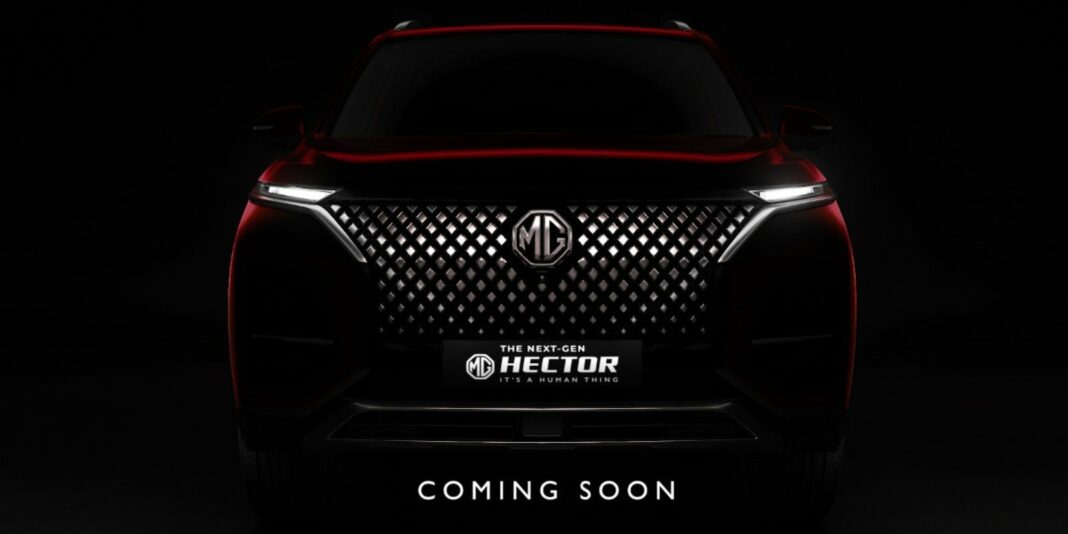 MG Motor India has today released the teaser image showing the front fascia of the updated Hector midsize SUV, which is scheduled to launch soon. The teaser shows the presence of a revised grille section called “Argyle Inspired Diamond Mesh Grille”. It does bring a refreshed vibe into the mix and the SUV continues to have the sharp LED Daytime Running on top.

Below the DRLs, you could readily see the prominent flowing chrome element. The split LED headlamp cluster is mounted on the bumper and a wide lower central air intake with a skid plate will also be available. A couple of weeks ago, the Chinese-owned British carmaker sent out the first teaser of the upcoming SUV and it indicated the presence of a larger 14-inch touchscreen infotainment system.

The portrait-oriented HD infotainment system will become the largest in the domestic market upon launch. It will boast of the latest connectivity choices and new technologies will also be part of the package in response to the growing competition in the five-, six- and seven-seater midsize SUV space with new launches coming in thick and fast. 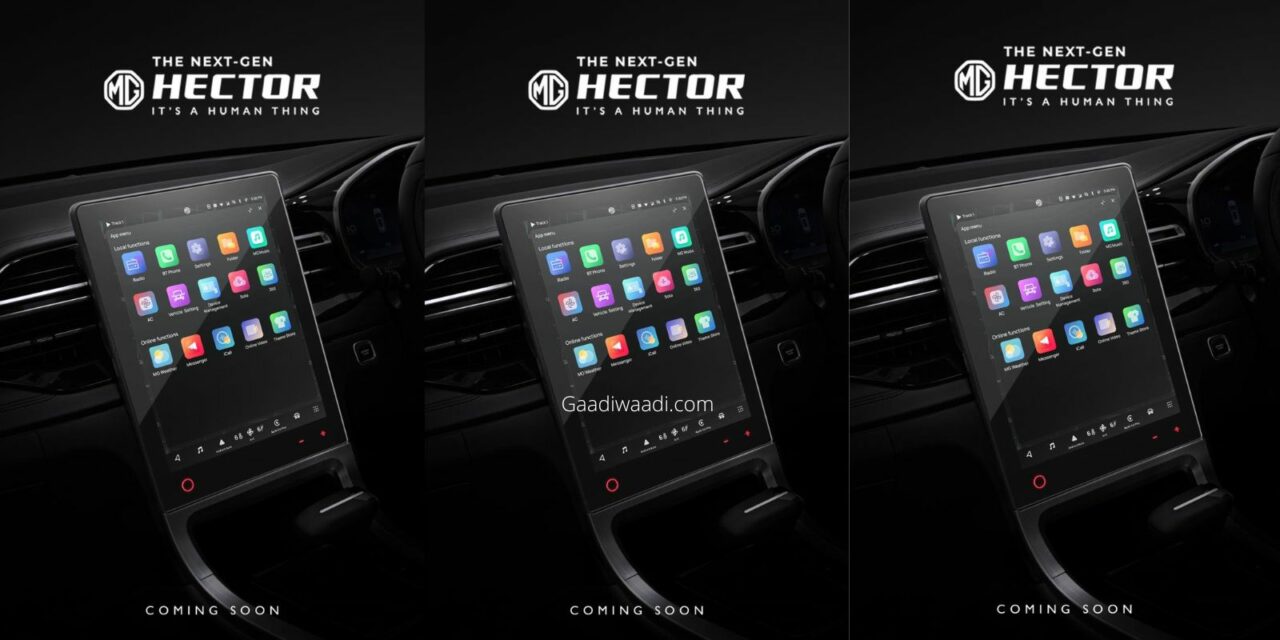 The safety features list of the 2022 MG Hector will also likely be upgraded to lure in new consumers. The Hector was first introduced in India back in 2019 marking the company’s entry into the market. It has been well received by buyers due to its segment-first connectivity features and features loaded to the gills.

The upcoming facelift is expected to gain Level 2 ADAS (Advanced Driver Assistance Systems) technologies enabling features such as autonomous emergency braking, adaptive cruise control, cross-traffic alert, lane keep assist, lane departure warning, blind spot monitoring, auto park assist, and a lot more. It must be noted that the Gloster was the first Level 1 autonomous car in India when it was launched in October 2020.

The five-seater MG Astor is already equipped with Level 1 ADAS. We do expect the rear end of the 2022 MG Hector to gain updates as well to the taillights and bumper alongside the existence of new 18-inch alloy wheels. Under the bonnet, a 1.5-litre turbo petrol and a 2.0-litre turbo diesel will likely continue to be offered.