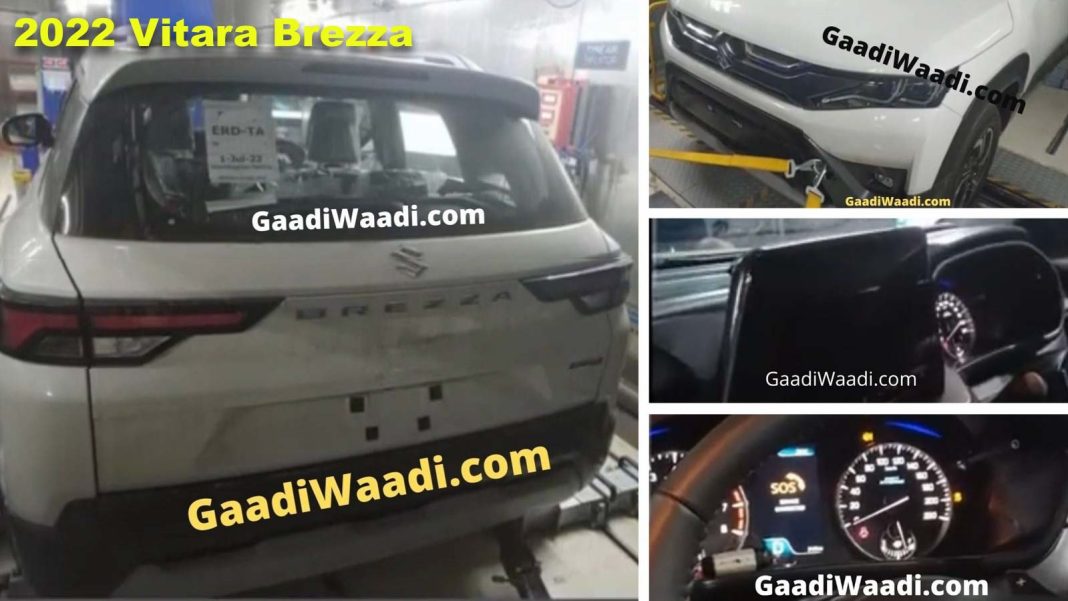 The Vitara Brezza has been on sale in the Indian market since early 2016 and it is one of the popular compact SUVs. However, the competition in the sub-four-metre SUV space has increased tremendously in recent years and in response, Maruti Suzuki is working on a thoroughly updated model with a host of changes inside and out.

It has been caught on camera testing on pubic roads in recent times and undisguised spy pictures of the production model have also come up on the internet. It is expected to go on sale by the middle of next year following the arrival of the updated Baleno and XL6 while the next generation Alto is also being prepared for late 2022. Here are the five things revealed from the 2022 Vitara Brezza’s spy images:

The front fascia of the 2022 Maruti Suzuki Vitara Brezza, which could go by the Brezza name alone, gets a thorough revision as the dual-beam headlamps are sleeker than in the existing model along with the presence of an updated front bumper and fog lamp area and black garnish in many places. The clamshell bonnet section is also brand new and a host of sheet metal changes are also available. While the largest carmaker in the country has applied a number of exterior revisions, the upright proportions do continue with tall pillars and a near-flat roofline. The front and rear fenders are also updated with prominent black cladding and the overall dimensions could stay similar as it will reportedly be based on the updated Global C architecture.

Just as the front fascia, the rear of the 2022 Maruti Suzuki Brezza has received a complete overhaul as well. It gains redesigned LED tail lamps that extend into the updated tailgate horizontally with the Brezza name written boldly in the middle and the Suzuki badge is positioned just above. Other highlights are integrated spoiler, high-mounted stop lamps, new roof rails, new rear bumper with more prominent skid plate and silver accents, etc. 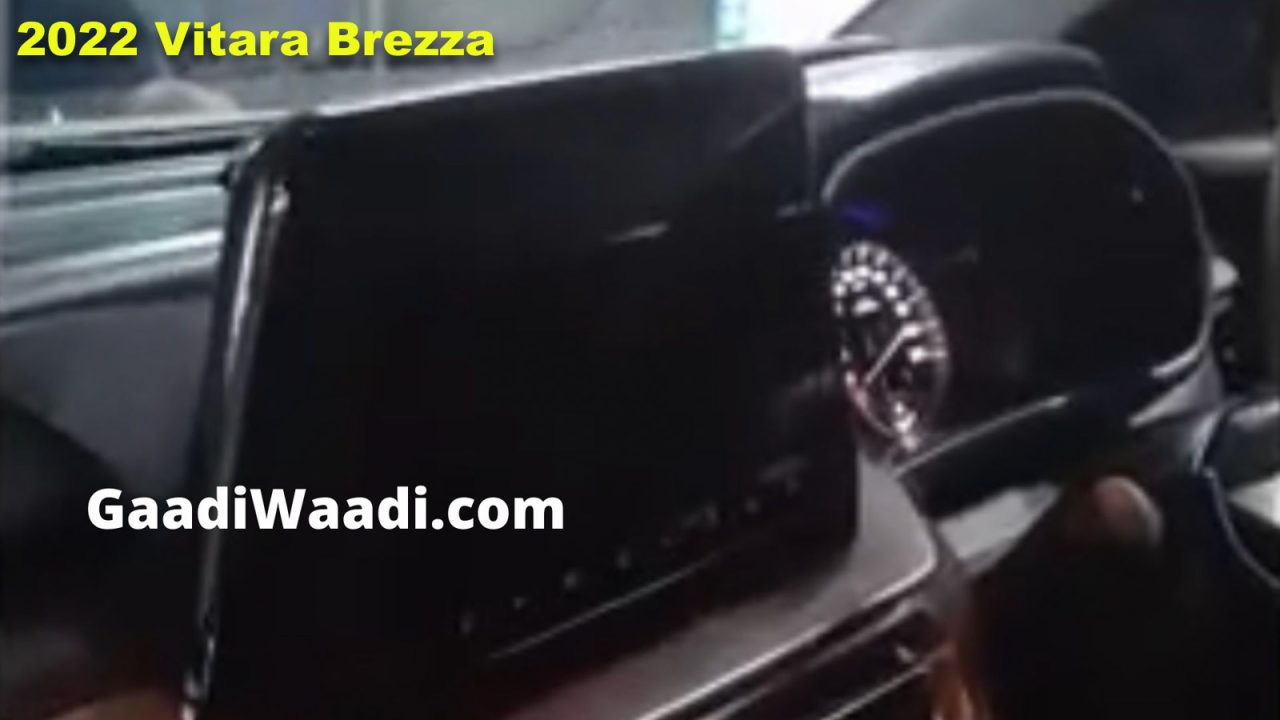 The cabin of the upcoming Brezza comes with a revised dashboard and centre console layout, a larger floating touchscreen infotainment system with Apple CarPlay and Android Auto connectivity, an updated instrument console with a larger MID, in-car connectivity based features with SOS phone call provision, new surface finishes and so on.