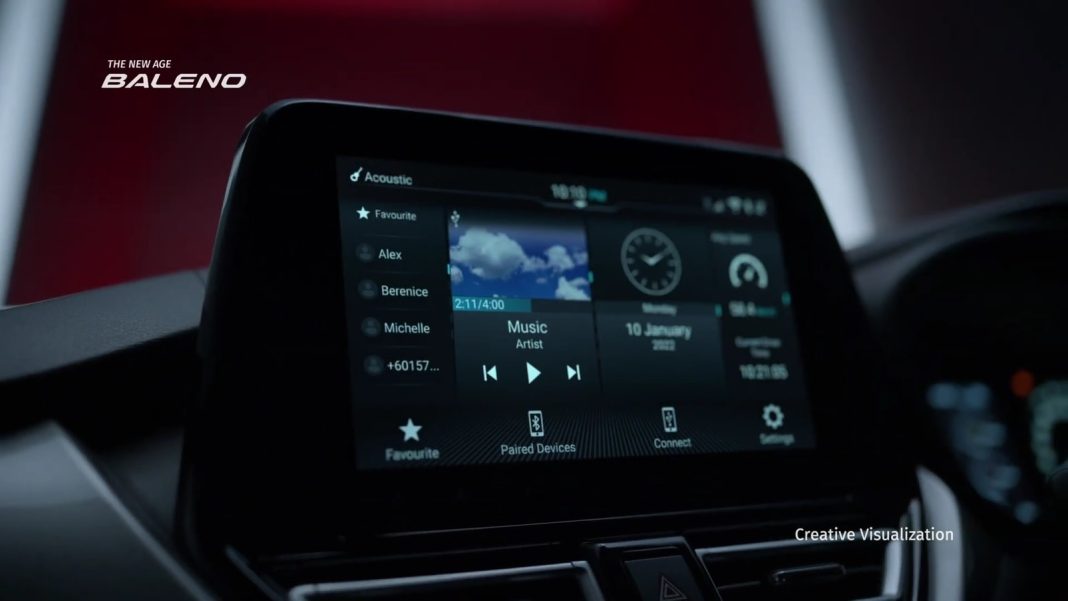 Maruti Suzuki is all set to launch the updated Baleno in India in the coming days. The hatchback will see major changes to the exterior and interior, which the manufacturer has been revealing slowly ahead of its launch. The latest teaser video gives us a glimpse of the updated infotainment system, which consists of a 9-inch floating-type touchscreen.

The touchscreen has an HD display and comes with the brand’s SmartPlay Pro+ interface. The car will also get ‘Surround Sense’ powered by ARKAMYS, i.e. a surround sound system, which is good news for audiophiles. The hatchback will get other upmarket features, including a head-up display (HUD) that shows instantaneous fuel economy, speed, engine rpm, and gear position.

While the teasers have done well to keep the styling a secret, spy pictures have already revealed what the hatchback would look like. The headlights and taillights will be restyled, along with the bumpers (front and rear). The front grille will be new as well, and so will be the alloy wheels. The overall silhouette, however, will remain mostly unchanged.

The interior design will also see some updates, including a new dashboard, a refreshed instrument console, and as stated above, a new infotainment system. The upholstery and interior colour theme might be new as well, although we’re not yet sure about that. While the cabin space won’t change, we expect better creature comforts overall.

The 2022 Maruti Baleno will be powered by a 1.2-litre K-Series Dualjet, Dual VVT engine with Idle Start-Stop tech. The 5-speed manual transmission will be carried over, while the CVT is expected to be replaced by a 5-speed AMT to keep the prices down. Affordability has always been the biggest strength of Maruti Suzuki cars. 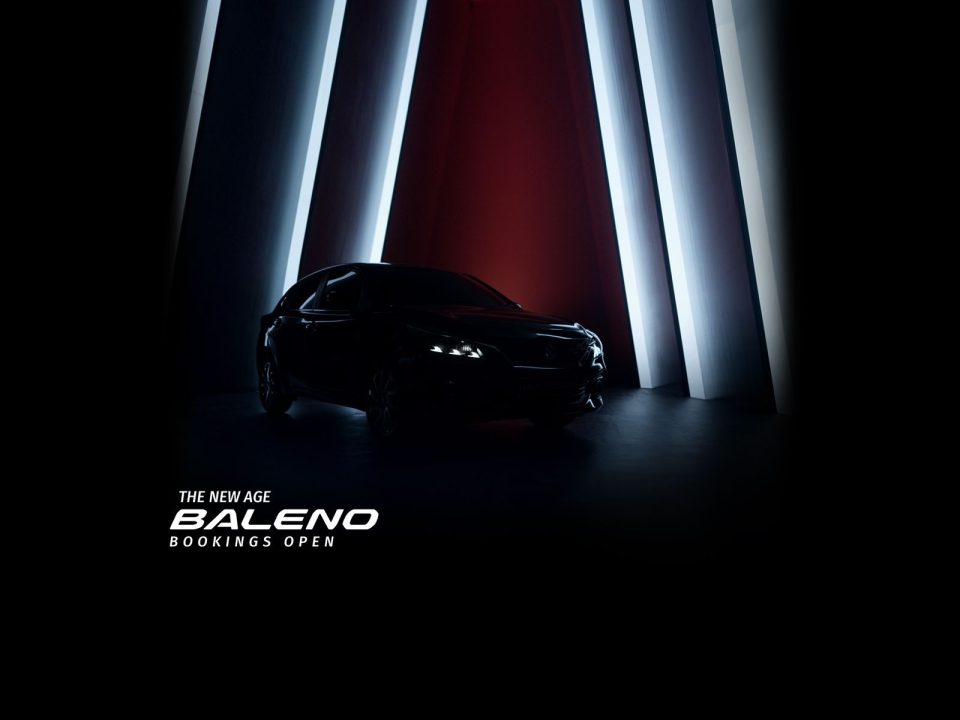 The outgoing version of Maruti Baleno is currently priced from Rs. 6.14 lakh to Rs. 9.66 lakh (ex-showroom, New Delhi), and the new version will be slightly more expensive. Upon launch, it will continue to rival the likes of Hyundai i20, Tata Altroz, Honda Jazz, and VW Polo.