2022 Maruti Alto is expected to go on sale late next month with an assortment of changes inside and out; will likely be powered by a new 1.0-litre engine

Maruti Suzuki India Limited (MSIL) is planning to launch the new generation Alto in the domestic market middle of next month. It is expected to arrive on August 18, 2022 and in the same month, the Grand Vitara hybrid midsize SUV with the industry-leading claimed mileage of 28 kmpl will also have its prices announced in India.

The Alto entry-level hatchback has long been the best-seller for the largest car producer in the country but tables have turned in recent times with first-time buyers opting to go with more premium models in the sub Rs. 10 lakh range as the compact as well as the more upmarket midsize SUV segments are witnessing increased takers.

In response, Maruti Suzuki has been consolidating its domestic range as the facelifted Ertiga and XL6, heavily updated Baleno, all-new Brezza and the new-gen Celerio are already here and they will be accompanied by the 2022 Alto with a host of revisions inside and out while the features list will also be upgraded to lure in new consumers. 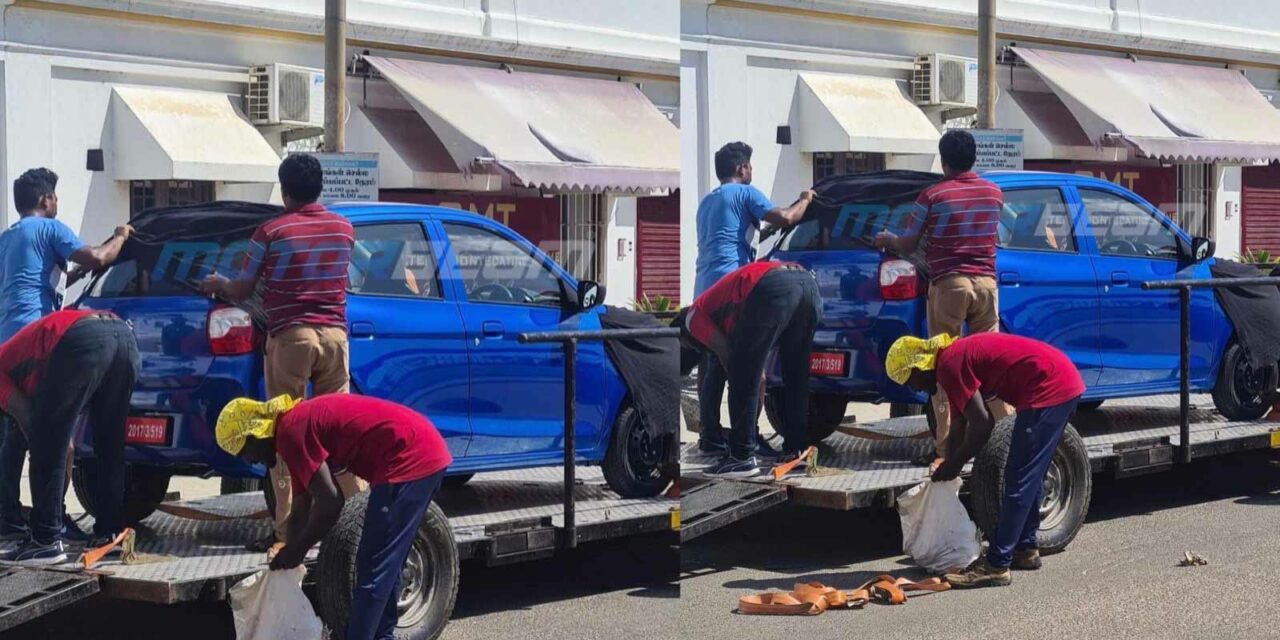 The 2022 Maruti Suzuki Alto will be underpinned by the lightweight Heartect platform that can be found in models like WagonR, Celerio, S-Presso, Ignis, Ertiga, Baleno and XL6. The presence of the modular architecture meant that the new Alto will have bigger proportions than the outgoing model and the interior will be roomier as well.

The new undisguised spy images show the rear and side profile of the upcoming volume-based hatchback and its design is heavily influenced by the latest Celerio. The blue exterior paint, body-coloured door handles, rakish front windshield, updated rear bumper, etc can be clearly seen. The brand new interior will feature an updated instrument console, a touchscreen infotainment system and steering-mounted controls.

The existing 796 cc three-cylinder petrol engine will likely continue to be offered in the low- and mid-spec trims while a new 1.0-litre three-pot K10C petrol engine could be available with a five-speed manual and a five-speed AMT transmission. A CNG variant could join the lineup later.