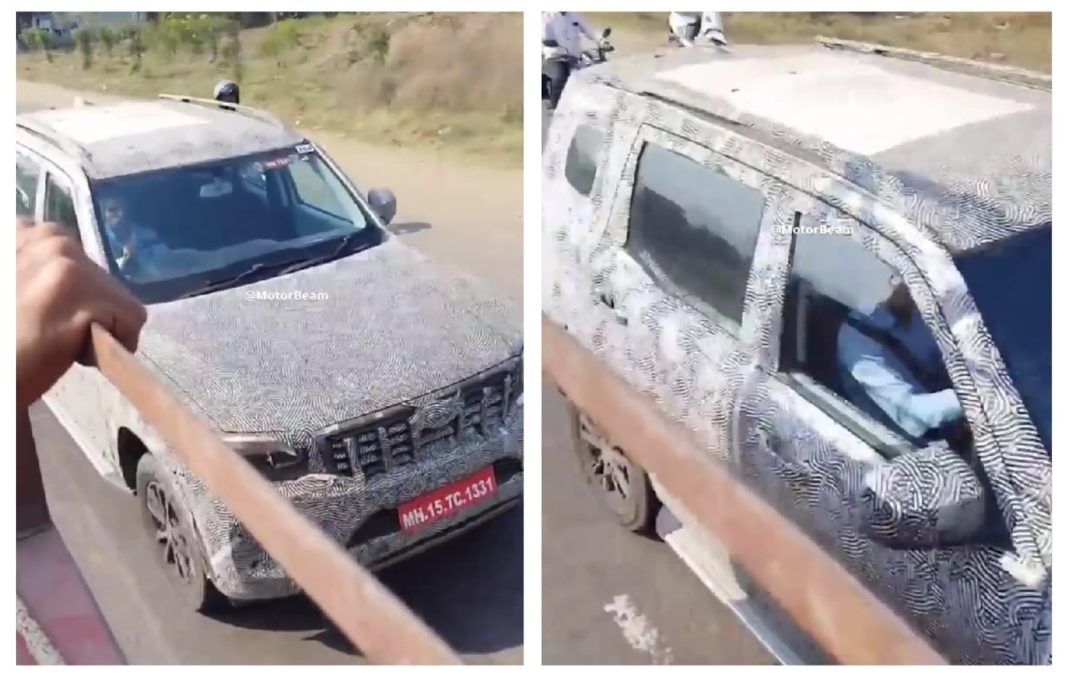 The next-generation Mahindra Scorpio is expected to go on sale in the first half of 2022, likely with a petrol and a diesel engine option on offer

Mahindra & Mahindra has been road testing the next-generation Scorpio for quite some time, and plenty of spy pictures and videos of the SUV have been doing rounds on the internet. A recent spy video shows the new-gen Scorpio from a top angle, from where a cutout in the camouflage is visible, perhaps for installing a panoramic sunroof.

In a few previous spy pictures, it was confirmed that a single-pane sunroof would be available on the next-gen Scorpio. Now, it seems like the manufacturer is considering a panoramic sunroof as well, at least as an option on the top-spec trims. Considering how many of the Scorpio’s competitors – Tata Safari, MG Hector Plus, and even Mahindra XUV700 – come with a panoramic sunroof, this would be a smart choice.

It should be noted that this particular test model doesn’t have a panoramic sunroof yet, only the possibility. Still, the launch of the next-gen Scorpio is still a few months ahead, so we might see this feature on offer by then. The 2022 Mahindra Scorpio will have plenty of other premium features on offer as well, like a large touchscreen infotainment system, dual-zone climate control, multi-function steering wheel, etc.

Similar to other recent Mahindra passengers cars, the next-gen Scorpio is expected to have a good safety rating (in Global NCAP crash tests). Safety features on offer will include ABS with EBD, electronic stability control, hill start assist, cruise control, up to six airbags, etc. Also, the SUV is expected to be available in multiple seating configurations (likely with 6 and 7 seat options).

There will be two engine options available on the 2022 Mahindra Scorpio – a 2.0-litre turbo-petrol unit and a 2.2-litre turbo-diesel unit. Transmission options will include a 6-speed MT and a 6-speed AT, paired with a rear-wheel-drive system as standard. On the top variants, a four-wheel-drive option is likely to be offered.

Interestingly, M&M has also been road testing a facelifted version of the current-gen Scorpio. This leads us to believe that the existing model would remain on sale alongside the next-gen version, and the latter could be named ‘Scorpio Sting’ in order to differentiate between the two models.