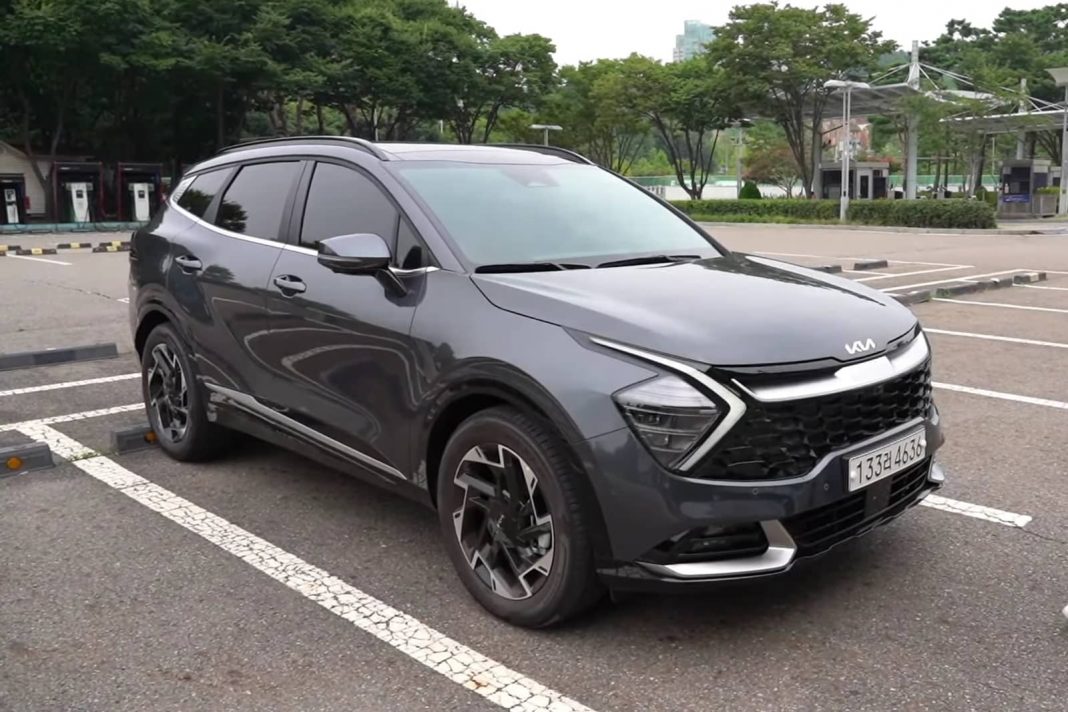 The 2022 Kia Sportage is a massive departure from its predecessor in terms of styling, and it gets a lot of premium features and equipment as well

YouTuber Asian Petrolhead recently got his hands on the 2022 Sportage, and he posted a detailed walkaround video of it online. The face of the new SUV is sharp-looking and alien, with boomerang-shaped DRLs and trapezoidal headlamps flanking a wide front grille. The grille features an updated version of Kia’s signature ‘tiger nose’ design, along with a blacked-out honeycomb mesh.

The front bumper features a wide air dam, with LED foglamps at either end. At the sides, we see a new set of alloy wheels, with a unique, dual-tone design. The window sills get chrome lining, which looks quite pretty. The length of the new Sportage is longer than the outgoing model, which gives it a more proportionate look.

The rear section of the vehicle is not as in-your-face as the front though. The LED taillight look sporty and futuristic, while the rear bumper gets a faux diffuser and a faux bash plate. We also see a roof-mounted spoiler here, with an integrated stop lamp. Also, the vehicle gets the new Kia logo on the nose and tail.

The interior of the 2022 Sportage is an elegant affair, with plenty of space on offer. The model in the video above is the top-spec trim, which gets dual-tone leather upholstery, along with plenty of other features like a heated steering wheel, heated and ventilated front seats, heated rear seats, and a dual-screen dashboard. 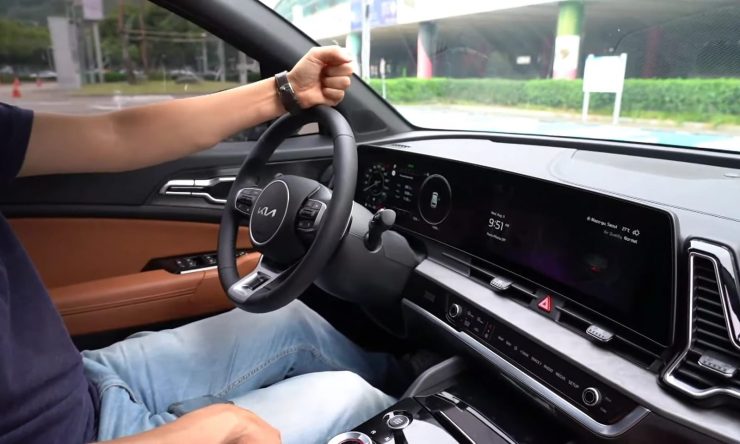 In its home market of South Korea, Kia will offer the Sportage with three engine options – a 1.6-litre turbo-petrol, a 2.0-litre turbo-diesel, and a 1.6-litre turbocharged petrol/electric hybrid. In other markets, the SUV will be offered with other engine options, including a plug-in hybrid powertrain as well. Kia doesn’t have any plans for bringing the new Sportage to the Indian market yet, but considering the popularity of SUVs here, we do expect this vehicle to make its way to our shores in the future.