Hyundai Venue facelift has been spotted a few times in India, and based on spy pictures, here’s a digitally rendered version of the upcoming SUV

South Korean car giant Hyundai is planning to give its subcompact SUV – Venue – a midlife facelift soon. The updated model is expected to have its global debut in the coming months, with its India launch following soon after. Test models of the facelifted Venue have been spied multiple times, on international roads as well as in India.

Ahead of the new Hyundai Venue facelift’s arrival, people are already waiting for it with high anticipation. Artist Omkar Surve has created a digital model of the updated SUV, based on spy pictures, and the styling looks quite aggressive. The first thing to notice here is the new front grille, which is rectangular in shape and much larger than on the current model.

The split headlamp setup has been updated with new LED DRLs (with integrated turn indicators), although the main headlamp unit continues unchanged. The front bumper has also been restyled, featuring a wider air dam. The front bumper continues forward with the same foglamp placement and faux bash plate as on the current version.

At the sides, we see a new set of alloy wheels, which look a lot bolder than before, but not sportier. The rest of the side profile remains unchanged. The rear section has not been rendered here, but we do know that the taillights and the rear bumper will be redesigned, as seen in a few spy pictures.

We’re not sure what changes Hyundai will make to the interior of Venue, but we don’t expect any major updates on that front. The instrument console could be new, a few additional features may be added, and the upholstery could be different. The cabin design, however, will be the same as on the existing version. 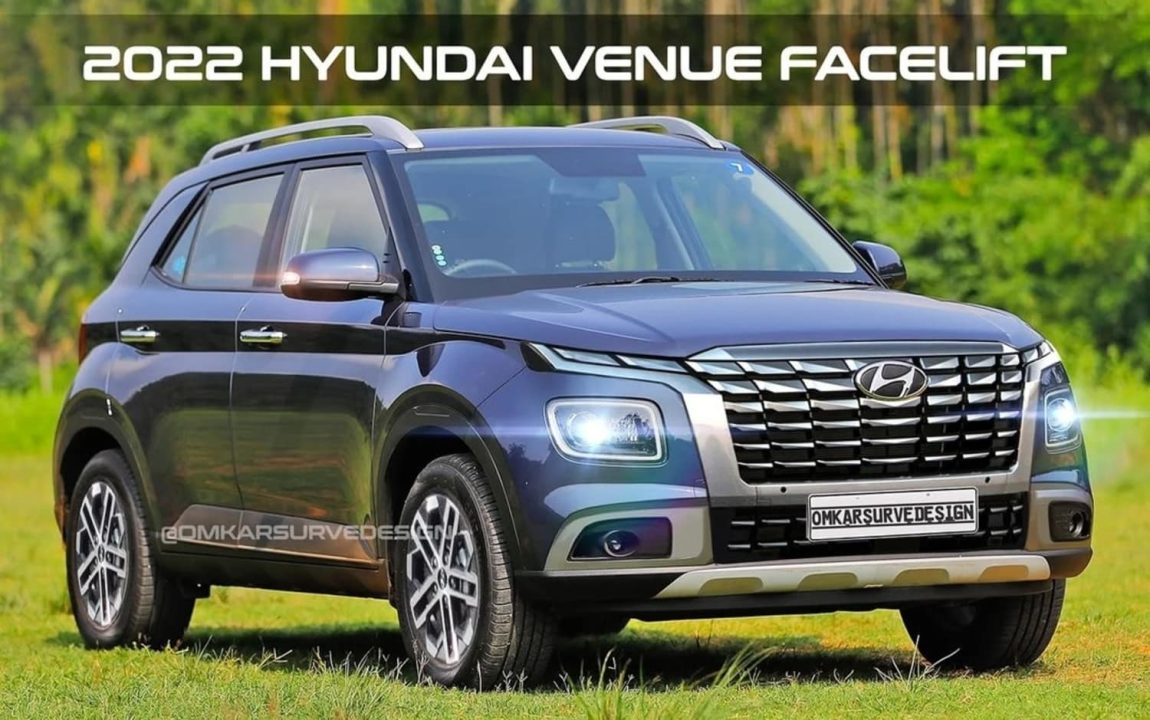 The third one is a 1.5-litre turbo-diesel motor (100 PS/240 Nm), mated to a 6-speed MT. The engine and gearbox options will likely be carried forward to the updated version unaltered. That said, speculation suggests that a CNG option could be added to this compact SUV very soon.