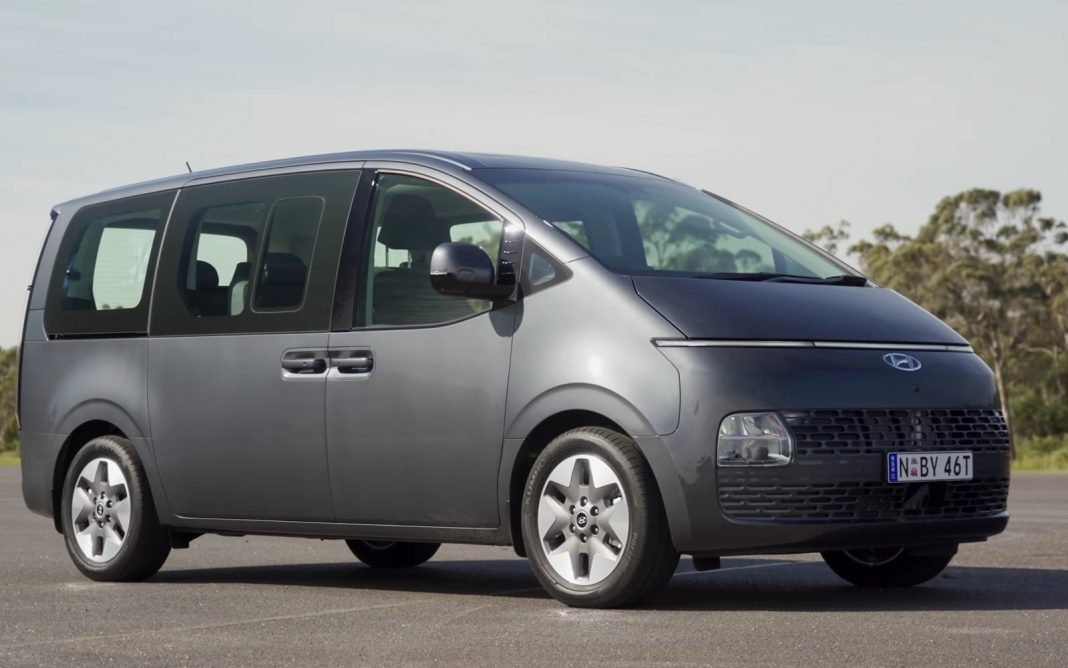 Check out this detailed review of 2022 Hyundai Staria from Australia, which gives us a close look at the MPV’s design, comfort, and features

Hyundai Staria was launched in its home market of South Korea earlier this year, and it has been slowly making its way to a few other international markets since. The new MPV recently reached the Australian shores, and reviews from the land down under are now going online. So, did this futuristic-looking MPV manage to impress the Australian media?

Here, we have a first drive review of the new Hyundai Staria, posted by CarExpert. On the design front, the MPV is certainly unique, with a futuristic yet minimalistic design. The front end gets a low and wide grille, with low-mounted LED headlights. The chrome insert on the nose features integrated LED DRLs at the sides.

At the sides, we see a massive greenhouse area, and in a typical minivan fashion, the Staria gets sliding doors at the rear. The alloy wheels have a unique dual-tone design, and the large ORVMs get integrated LED turn indicators. The rear section of the MPV gets a pair of massive vertically-stacked LED taillights, along with a flat tailgate and a large windscreen.

The interior of Hyundai Staria also looks extremely unique. The dashboard features hidden AC vents and the steering wheel is a butterfly-style unit (multi-function). The vehicle gets a 10.25-inch full-digital instrument console and a 10.25-inch touchscreen infotainment system. Below the latter are touch-enabled infotainment buttons, and further below are touch controls for the HVAC system.

The Staria gets drive selector buttons instead of a conventional gear lever. Between the driver and front passenger is a storage space, but there’s no armrest on offer. The second and third rows get three seats each, making this an 8-seater vehicle. The second row has a lot of room on offer, but the third row can be cramped if the second row is moved all the way back. 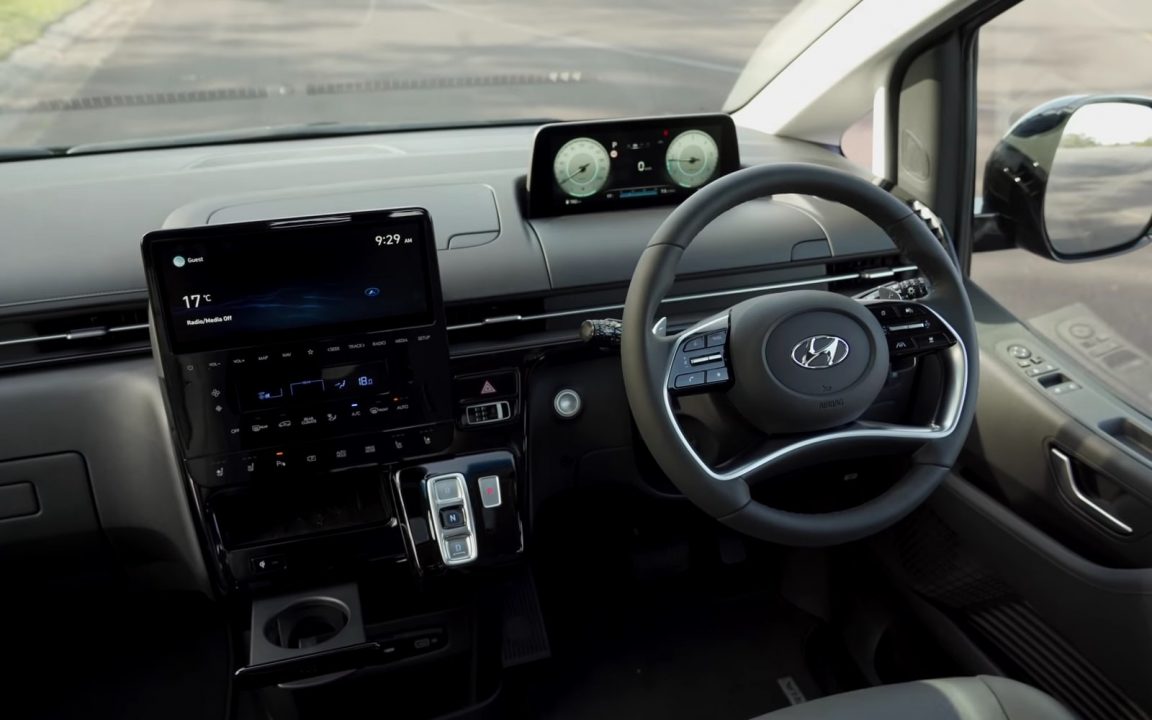