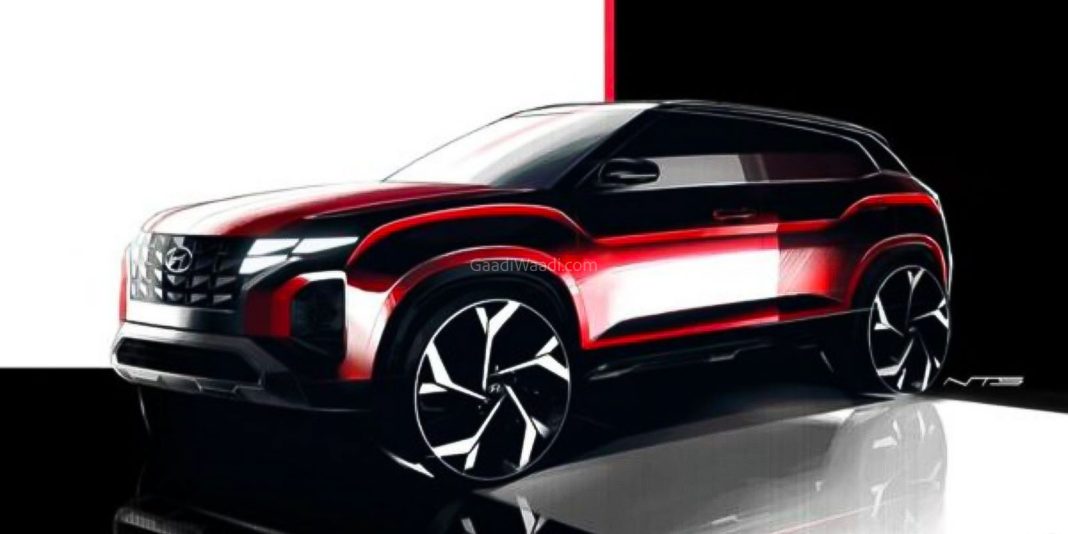 Hyundai has officially teased the facelifted Creta ahead of its global debut in Indonesia next month and it will be subjected to a thorough overhaul. Standing in line with the spy shots that often graced the internet in recent months, the midsize SUV’s teaser sketch shows the necessary exterior changes we all need to know as it will more likely be heading to India in 2022.

The front fascia is a radical departure compared to the existing Creta, which is based on the iX25 retailed in the Chinese market. The styling has heavily been inspired by the latest generation Tucson available in the international markets and in some ways the Santa Cruz compact pickup truck. The redesigned facade gains rectangular-shaped headlights and a new grille section.

The Parametric Jewel pattern with hidden lamps definitely grabs attention and it stands cohesive to the overall frontal updates. The LED DRLs will be visible only when the SUV is turned on and it forms a seamless pattern while the bumper section gets prominent fog lamp housing and wide central air intake with a skid plate in the middle. 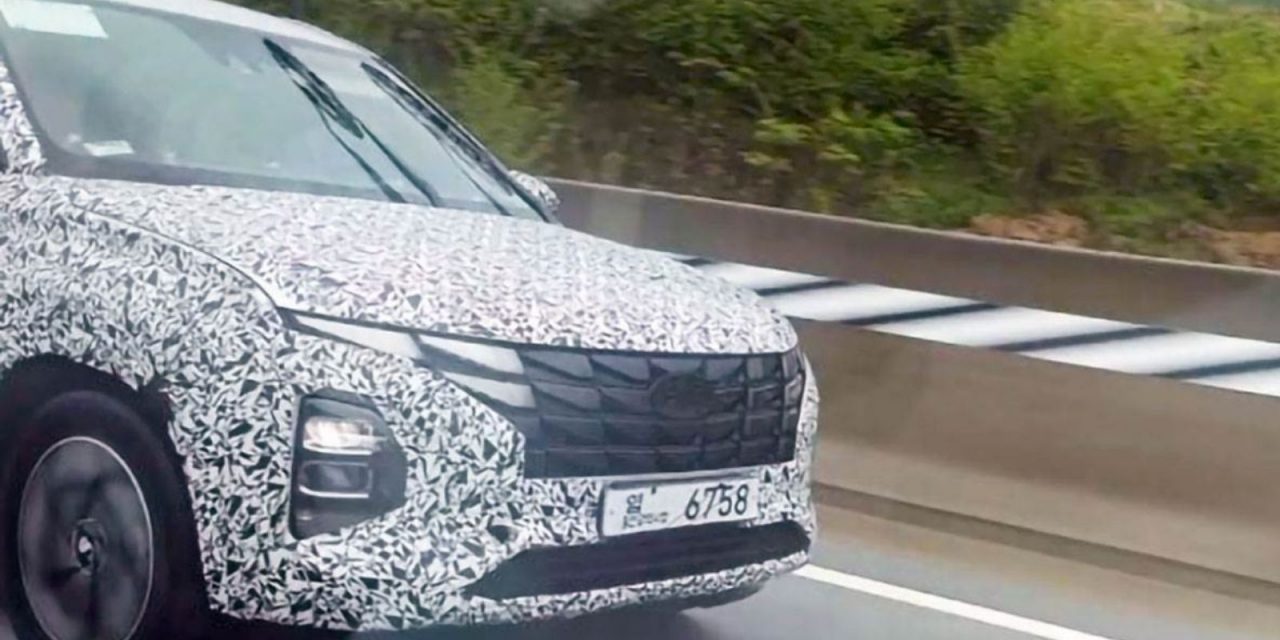 Unlike the front, the rear could only get minor visual updates but newly designed alloy wheels will be part of the package. The overall silhouette, raked front windshield, black wheel arch cladding, side character line, etc will almost look identical to the existing model. The interior will gain a host of new features including ADAS based driver-assistive and safety features.

In Indonesia, the South Korean auto major could debut the Creta facelift with a 1.5-litre four-cylinder petrol engine, paired with a six-speed manual or an automatic transmission. It could be offered in a five- and seven-seat configuration to address the needs of a wide range of buyers. As for India, we do not expect any mechanical changes but the cabin could get more equipment.

The Creta is currently the best-selling midsize SUV in the country and the second generation was introduced at the 2020 Auto Expo in February. The crowded segment has new competitors coming in quick succession in recent months and to sustain the momentum, the updated Creta could get a number of segment-first tech upon arrival.