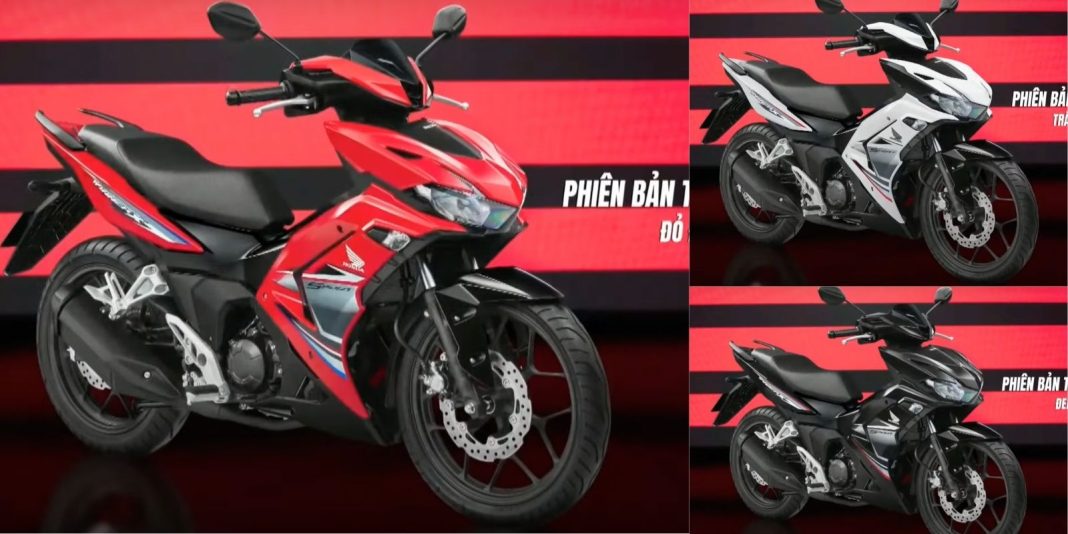 2022 Honda Supra GTR is powered by a 150 cc single-cylinder liquid-cooled engine producing a maximum power output of 15.4 bhp and 13.5 Nm

Honda has introduced the revised version of its moto-scooter, the Supra GTR 150, in some of the global markets. The existing generation’s lifespan will be extended courtesy of the new update as only visual changes and other minor revisions have been implemented. The performance-based moto-scooter segment is highly popular in the Southeast Asian markets and the Supra GTR will be looking to leverage the opportunity.

The Honda Supra GTR 150 is also retailed as the Winner X in Vietnam and the 2022 version gets a host of cosmetic updates giving a more purposeful and sportier stance to the model. Up front, it features a twin-pod LED headlight cluster with a more aggressive look and is accompanied by a revised apron that has become more prominent than before. The tall set handlebar and a short flyscreen are accompanied by a front fender, middle set footpegs giving a commuter-like riding position – enhancing the practical side of things. The 2022 Honda Supra GTR is equipped with telescopic front forks and a monoshock suspension at the rear. It is offered with front and rear disc brakes, and a single-channel ABS system.

As for the performance, a 150 cc single-cylinder liquid-cooled engine is utilised producing a maximum power output of 15.4 bhp at 9,000 rpm and 13.5 Nm of peak torque delivered at 6,700 rpm. The updated Honda Supra GTR continued to have a seat height of 786 mm and it rides on 17-inch wheels wrapped around tubeless tyres.

The 2022 Honda Supra GTR is unlikely to make its way to India. In our domestic market, the segment saw the introduction of Yamaha Aerox a few months ago, powered by the same 155 cc VVA engine as the R15 V4.