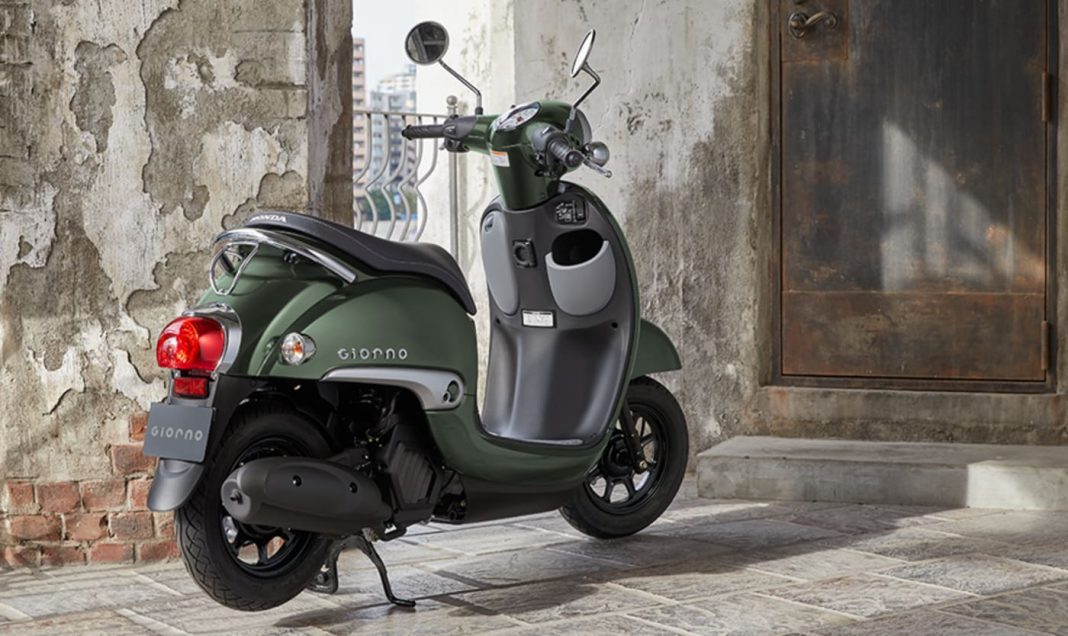 Honda Giorno and Dunk are entry-level scooters in the Japanese market, powered by a 50cc engine that can deliver a fuel efficiency of 80 kmpl

Japanese automaker Honda has officially revealed the 2022 Giorno in its home market, and updated the scooter features minor cosmetic changes. The retro design of Honda Giorno has been carried forward, including a round headlamp, round turn indicators, a bulbous taillight, and curvy body panels. It also gets round rear-view mirrors, a single-piece seat, and two separate storage spaces in the front apron.

The scooter is now available in just a single base variant, with the ‘Deluxe’ variant now discontinued. The features on offer include an analogue instrument console (with a digital readout for odometer, fuel gauge), and a 12V USB charging port. The suspension system consists of a pair of conventional telescopic front forks and twin rear shock absorbers.

Alongside that, Honda has also unveiled the 2022 Dunk. Honda dunk is mechanically similar to Giorno, but has different styling. It gets apron-mounted headlamp and turn indicators, and its body panels aren’t as curvy. The single-piece seat is flat, and it doesn’t get a handlebar cowl. It gets the same instrument console as Giorno, and a 12V charging socket is offered here as well.

Honda Dunk gets the same conventional telescopic forks at the front as Giorno, but the rear suspension comprises a monoshock. Also, the former gets drum brakes on both wheels, while the latter comes with a disc brake at the front. Both scooters get 23 litres of underseat storage space, which improves the practicality of these scooters.

Honda Giorno and Dunk are both powered by a 49cc single-cylinder engine, which develops 4.5 PS of peak power at 8,000 rpm and 4.1 Nm of maximum torque at 6,000 rpm. The performance is adequate only for city riding, while the fuel economy is extremely impressive; Honda claims that these scooters can deliver up to 80 kmpl!

Honda Giorno is priced at JPY 209,000 (around INR 1.36 lakh), while Dunk is a little more expensive at JPY 229,000 (around INR 1.49 lakh). These are entry-level scooters in Japan, aimed towards people looking for an affordable, cheap-to-run, simple daily commuter.