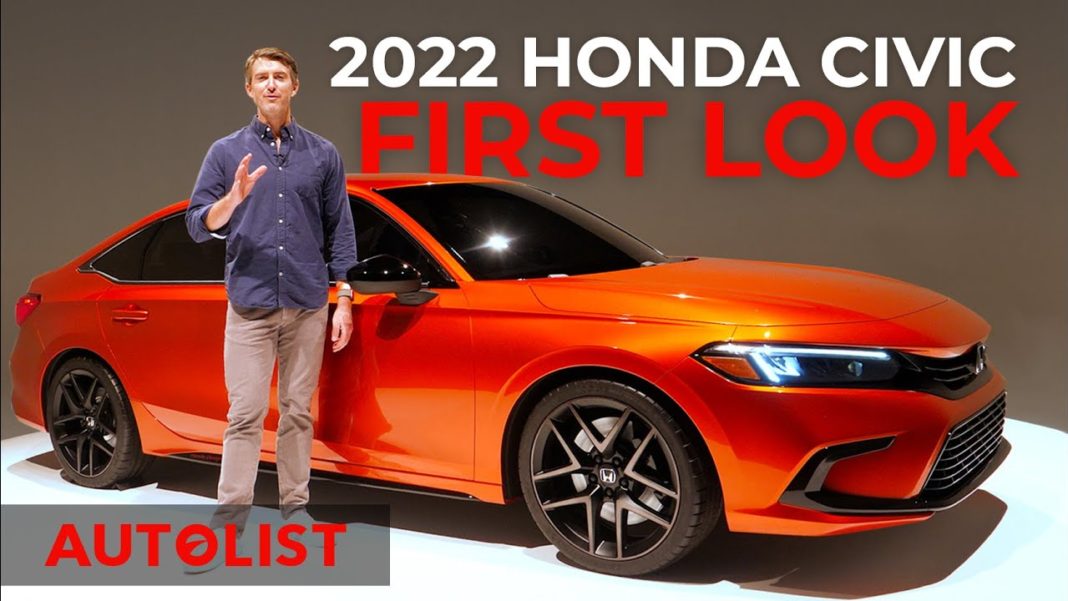 Honda is yet to reveal the pricing details of the 2022 Civic, but we expect it to see a marginal hike over the outgoing 10th-gen model

Honda recently debuted the 2022 Civic in prototype form, ahead of the production model’s launch. The eleventh-gen version of the car seems to have undergone a complete transformation both inside and outside, and there’s certainly a lot to talk about. To make things a bit easier, Autolist has uploaded a first look video of the updated car on its YouTube channel.

Talking about its design, it looks like Honda has aimed for a clean and mature look for the upcoming new-gen Civic, bidding farewell to the curvy yet angular design. However, Honda has somehow managed to maintain a degree of sportiness, which is what the Civic nameplate has been best known for.

Moreover, the new-gen Civic will likely continue to be offered with the current body styles and trims, including the sedan, the hatchback, the sporty Civic Si, as well as the sports-oriented Type R. However, the two-door coupe version will be let go with the introduction of the eleventh-gen Civic.

Since it is just a prototype, the orange paint scheme that the car sports will not be offered with the production-ready version. Apart from that, the 2022 Civic is expected to miss out on the darkened taillights, as well as the upscale twin exhaust tips. Honda is yet to reveal the powertrain details of the upcoming new-gen car.

However, not much changes are expected on the mechanical front. That being said, a four-pot naturally aspirated gasoline engine will likely be on offer with the lower trims, while the higher trims could get a 1.5-litre turbocharged four-cylinder petrol engine. The Type R could carry over its predecessor’s 2.0-litre straight-four turbocharged petrol engine with a power bump.

Honda has also confirmed that a manual gearbox will be offered with the 2022 Civic, available on the Si sedan, the Honda Civic hatchback, as well as the Type R. On the inside, Honda seems to have opted for a clean dash layout. The car will get a floating touchscreen infotainment system, along with a digital instrument cluster. A honeycomb mesh design can be seen running the width of the dash, housing the air vents between it.