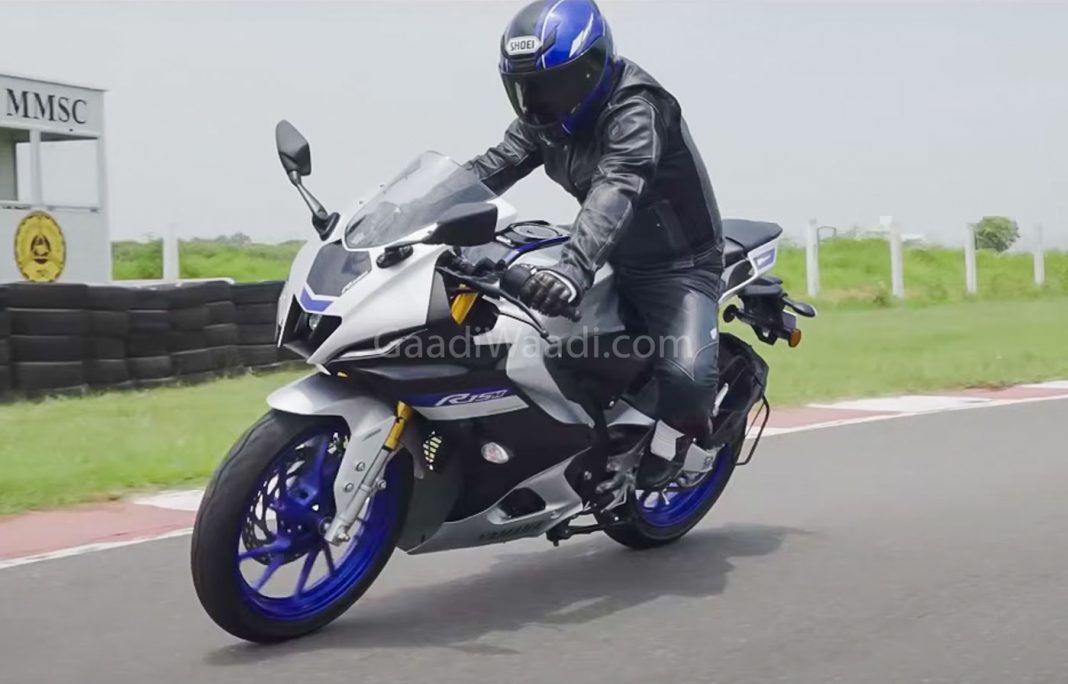 Take a close look at the new Yamaha R15M, which is essentially a sportier version of the R15 v4.0, in our detailed walkaround video

Yamaha YZF-R15 recently underwent a generation change in India. The new model, dubbed R15 v4.0, has an updated design and a lot of new features compared to the older model. The Japanese manufacturer has also introduced a new track-focused version of the bike – R15M – alongside the new R15 v4.0.

Here, we have a walkaround video of the new R15M, showcasing all the aesthetic and mechanical details of the bike. The first and most obvious difference between the ‘M’ and the standard version is the colour scheme; R15M gets two paint options – Metallic Grey and Monster Energy (MotoGP Edition) – while the standard model is available in Racing Blue, Dark Knight, and Metallic Red.

Also, the R15M has its name branded on the pillion seat, and a 3D logo is also present on the bike. The front forks get blue top caps, while the brake callipers have been painted golden. The swingarm gets a grey finish, and the exhaust muffler guard is also different compared to the standard R15. Overall, the ‘M’ models look way more aggressive compared to the regular version.

The engine remains unchanged as well; powering the R15M is a 155cc, liquid-cooled, single-cylinder engine, capable of generating 18.4 PS and 14.2 Nm of peak power and torque, respectively. It comes mated to a 6-speed transmission, with a quickshifter and a slip & assist clutch on offer as standard. 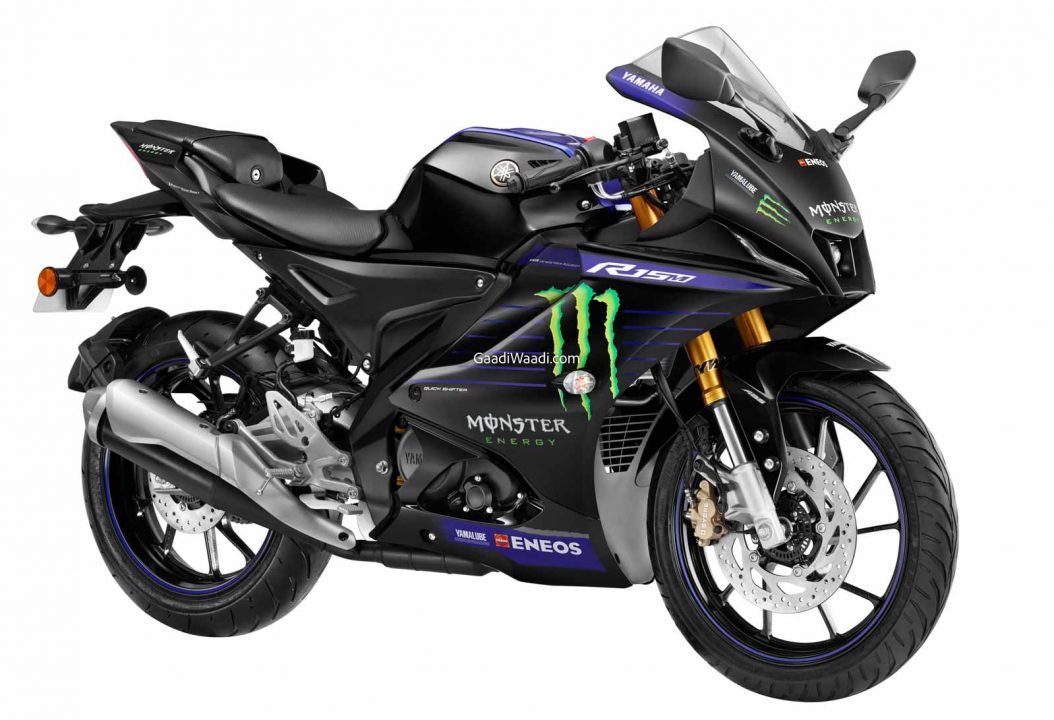 Yamaha R15M is priced at Rs. 1.77 lakh, while the R15M Monster Edition MotoGP Edition has a price tag of Rs. 1.79 lakh. This is significantly more expensive than the standard version, which is priced from Rs. 1.67 lakh to Rs. 1.72 lakh. The differences are purely cosmetic, but if you wish to be noticed on the road, then the ‘M’ is the way to go!