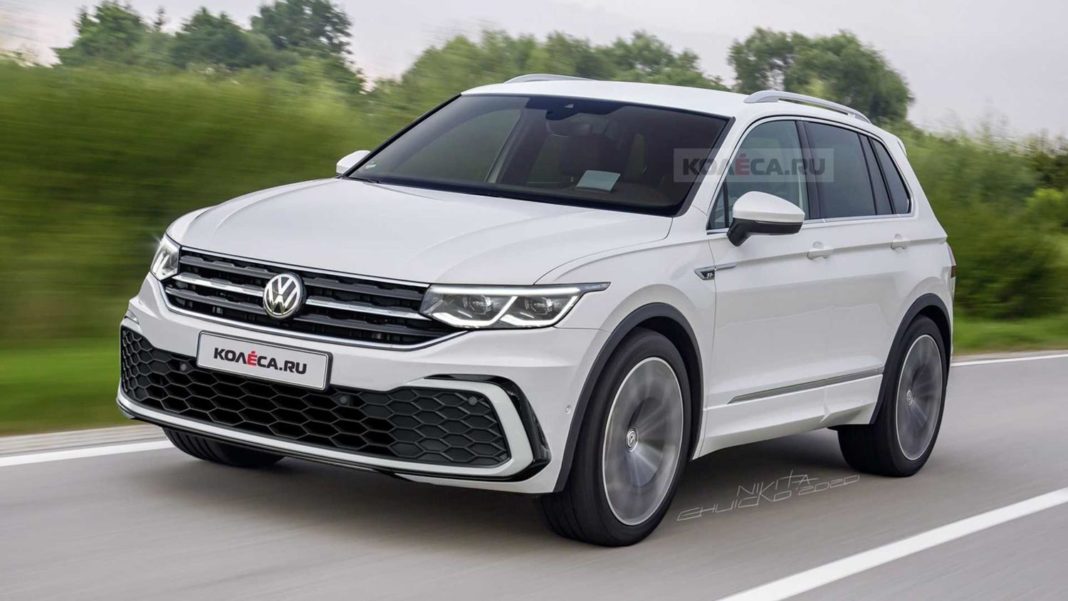 Volkswagen likely be showcasing the Tiguan facelift at the 2020 Geneva Motor Show in March, launch later this year

Volkswagen is working on a mid-life facelift for the second-gen Tiguan SUV, which will be launched globally this year. The five-seat version of the upcoming car was also spied while shooting a TVC recently, which revealed some info about the car’s design.

Now, the car has been brought to life with the help of a rendering. At the front, the rendered car spots a larger lower bumper grille as compared to the current-gen model, which makes the car look beefier than before. The SUV also gets new LED elements in the daytime running lamps, integrated in the sleeker headlamps.

At the rear, the car sports dual exhaust tips, which gives away it being the top-end R-Line variant of the Tiguan. The Tiguan badging has been moved underneath the VW emblem in the center of the tailgate, and the car also gets a rear spoiler. 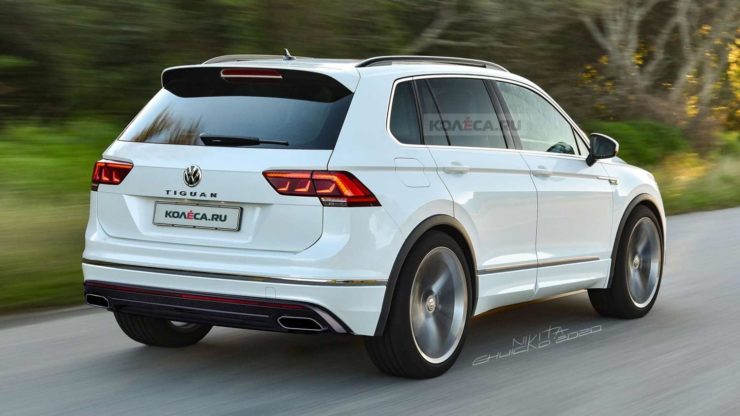 Volkswagen is also working on the sporty Tiguan R, which has also been spied on test previously. The car would likely be getting a 2.0-litre turbocharged engine, coupled to a DSG transmission with up to 300 hp of maximum power. The said variant will likely go on sale in 2021.

On the other hand, Indian market will be getting the long-wheelbase seven-seat version of the current-gen Tiguan, called the Tiguan AllSpace soon. The car is longer than the regular five-seat Tiguan, and also has a longer wheelbase, while the width and the height will remain the same. 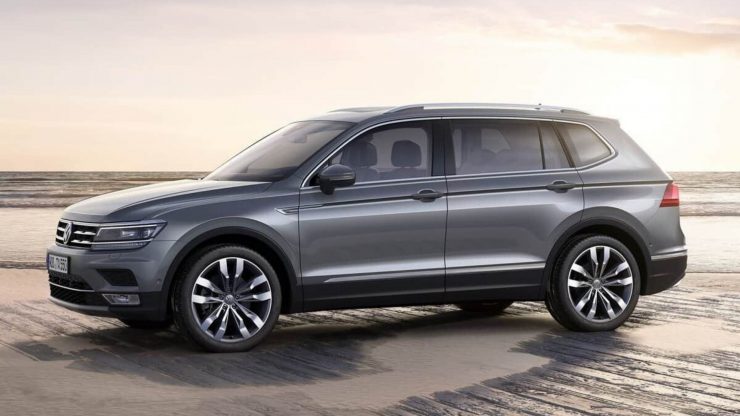 Volkswagen offers the regular Tiguan in India with only a 2.0-litre turbo-diesel TDI engine, which makes 141 hp power and 340 Nm torque. However, since Volkswagen has decided to stop producing diesel powertrains once the BS6 emission norms come into action in April, the Tiguan AllSpace will get a BS6-compliant 2.0-litre turbocharged petrol TSI mill, which will be paired to a 7-speed DSG auto transmission.

The Tiguan AllSpace will also put up against the regular five-seat Tiguan’s rivals, which includes Honda CR-V, Toyota Fortuner, Ford Endeavour, and its cousin, the Skoda Kodiaq.