While the Volkswagen Polo continues to exist in the fifth-gen version in India, the sixth generational model of the hatch has now received a mid-life facelift for the international markets. The update brought along some visual enhancements, new equipment as well as autonomous driving capability.

Autogefühl has uploaded a video on their official YouTube channel covering the exterior, interior as well as technology in their in-depth review of the 2021 Volkswagen Polo facelift, take a look –

Talking about the styling changes, the 2021 Polo facelift gets a new LED light strip that connects the new LED headlights, updated front and rear bumpers, a redesigned tailgate, which now comes with POLO lettering below the carmaker’s emblem, as well as new wraparound LED tail lamps.

While the wheelbase remains the same as the pre-facelift version, the facelifted model is slightly longer, thanks to its reprofiled bumpers. The variant covered here is the top-of-the-line R-Line trim of the hatch, which also features some additional styling elements. The 2021 Polo R-Line gets a high-gloss black finished air-intake and diffuser, larger 16-inch Valencia alloy wheels and integrated dual fake exhausts.

Talking about the powertrains on offer, the base engine is a 1.0-litre three-cylinder naturally aspirated petrol unit with around 80 horsepower. A 1.0-litre turbo-petrol engine will also be available in different state of tunes – 95 hp and 110 hp. The transmission options will include manual and dual-clutch automatic, depending on engine and variant. 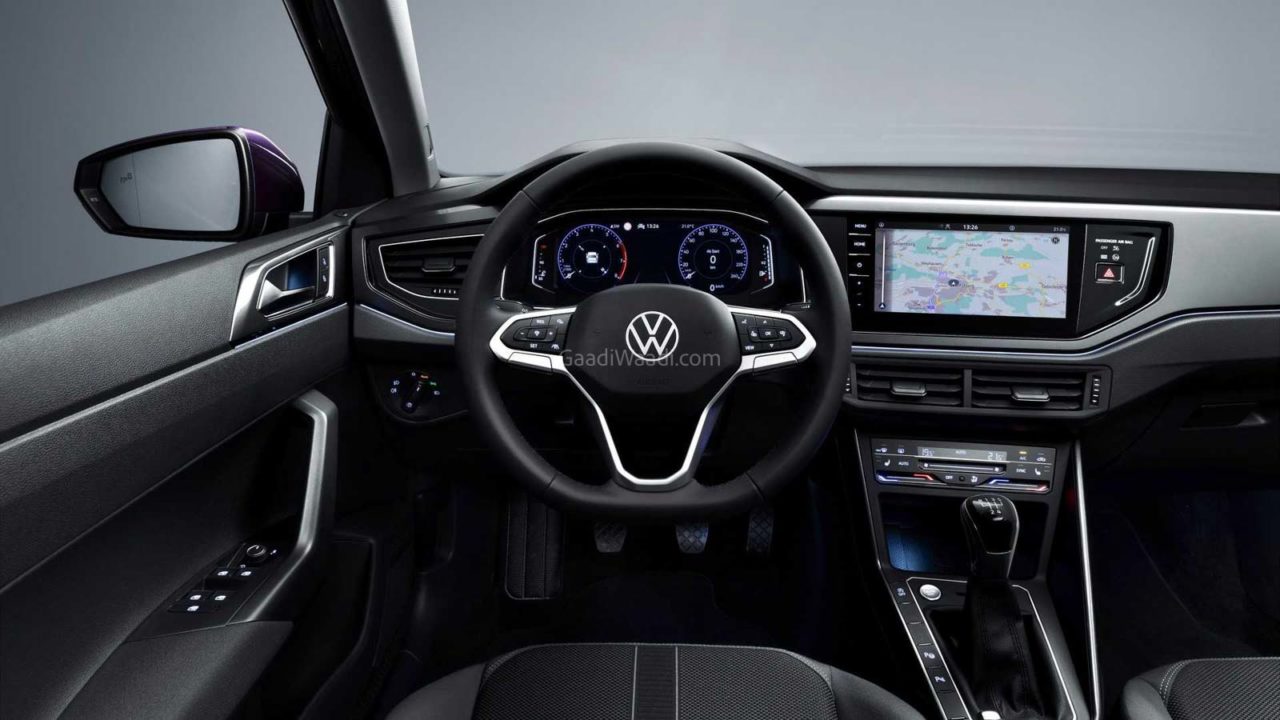 On the inside, the car will be equipped with VW’s latest infotainment system with a 6.5-inch touchscreen as standard, and a larger 9.2-inch version also available as an option. The car also gets an 8-inch digital instrument cluster, as well as a redesigned multi-function steering wheel. The climate control system has been borrowed from its elder sibling, the Golf.

While a lane-keep assist is offered as standard, the Polo facelift also gets a Level 2 autonomous driving feature called Travel Assist as an option. This feature brings together adaptive cruise control and lane-keeping assistance to enable partly automated driving at speeds of up to 210 kmph.