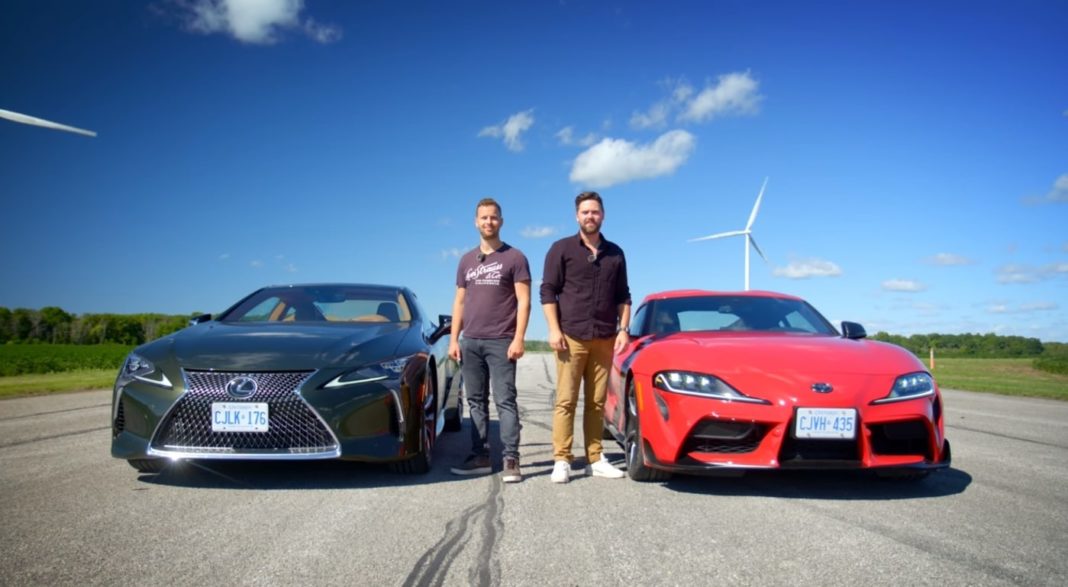 Here, we have a performance comparison between a Lexus LC500 and a fifth-generation Toyota Supra, to find out which of them is the better sportscar

Last year, Toyota revived the iconic ‘Supra’ name, in collaboration with BMW. The new Supra shares a lot of components with the sixth-generation Z4, like the underpinnings and engine options (a 2.0-litre, turbocharged, 4-cylinder petrol and a 3.0-litre, turbocharged, 6-cylinder petrol engine). While the new Supra offers brilliant performance, there’s one car in Toyota’s current extended line-up which poses a serious threat to it.

This challenger comes from Lexus, Toyota’s luxury car wing. The LC500 coupe offers a brilliant blend of luxury and performance; it has a completely leather-wrapped interior, and is powered by a naturally aspirated 5.0-litre V8. The LC also has sharper exterior styling, whereas the Supra is more conservatively styled, with design cues borrowed from the older (fourth-gen) model.

Here, we have a video which compares the performance of these two performance coupes, uploaded by a YouTube channel by the name of Throttle House. In the video, the two cars are subjected to two drag races and a rolling-start race. The Supra in the video has a 3.0L turbo-petrol motor with 382 HP, while the LC500 belts out 471 HP from its 5.0L V8, so the results should be pretty obvious, right?

Interestingly, the less-powerful Toyota is the faster car here! It comes with a launch control system, while the Lexus doesn’t. This gives the Supra an instant advantage, pushing it to victory. For the second round, the launch control is disengaged, which evens out the playing field, but still, the LC500 doesn’t manage to out-drag its competitor.

Lastly, we have a rolling race, where we finally see the Lexus gaining on the Supra, but only for the first few seconds. After that, the Supra comes into its element and once again wins. Even though it has a smaller engine and less horsepower, the 2021 Toyota Supra offers better performance than its luxury-oriented cousin, the Lexus LC500. 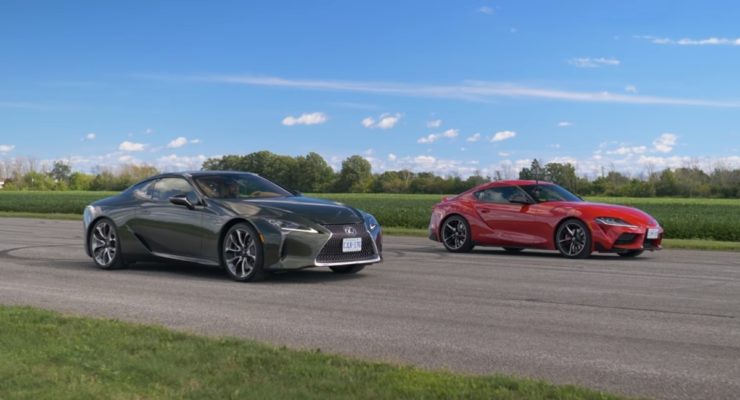 The biggest advantage that the Supra had was its weight. Its kerb weight is just 1,520 kg, while the LC500 has a kerb weight of 1,985 kg, which is substantially more. All that leather, etc., makes the latter a heavier car, but also much comfier. The Lexus LC500 is the better luxury car, but the fifth-generation Toyota Supra has superior performance.