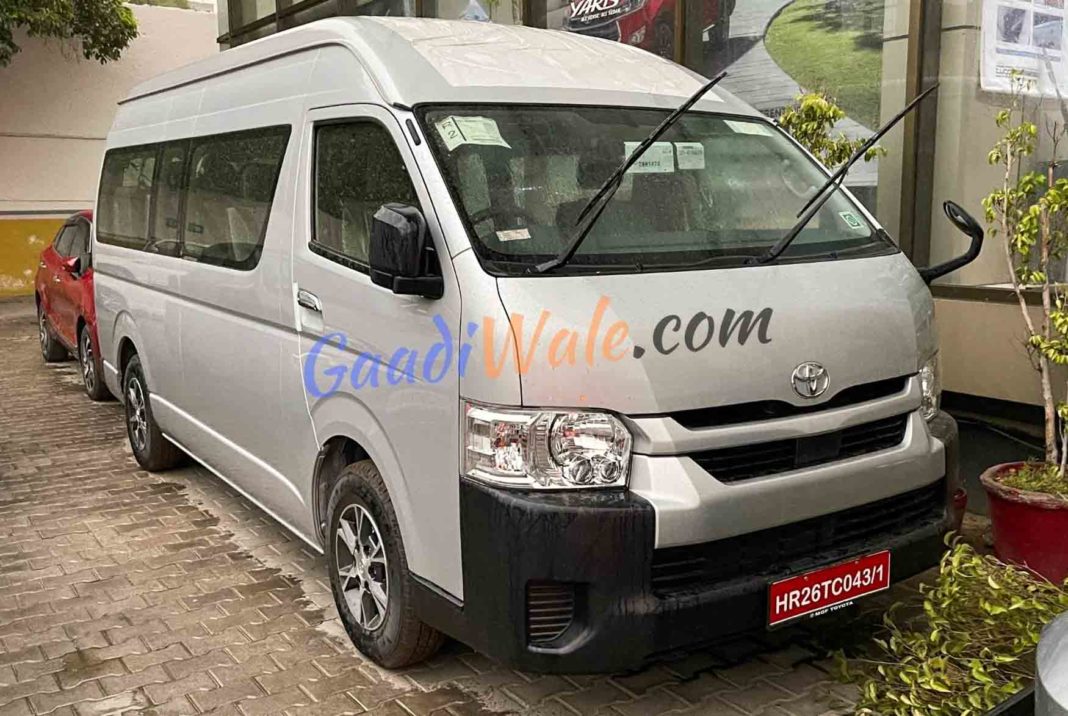 2021 Toyota Hiace is powered by a 2.8-litre diesel engine producing 151 hp and 300 Nm, and is paired with a six-speed automatic transmission

Earlier this year, Toyota Kirloskar Motor (TKM) introduced the Hiace in the Indian market for a starting price of Rs. 55 lakh (ex-showroom). The MPV was spotted testing a number of times on public roads before its debut and it has reached showrooms as you could see in the images included here and it will be retailed alongside the well-received Vellfire.

The Japanese manufacturer elected to sell the previous generation Hiace domestically. The Hiace has been in the business abroad since 1967 and the fifth generation entered the international arena in late 2004 and was on sale till it was replaced by a new model in 2019. The fifth-gen MPV comes with a 14-seater layout and is offered with a diesel engine in India.

Toyota brought in the first batch of Hiace as around 50 units are imported for local sales and only two colour options are available (silver and white). Restricted to the single GL version, the Toyota Hiace derives power from a 2.8-litre four-cylinder turbocharged diesel engine producing a maximum power output of 151 hp and 300 Nm of peak torque. 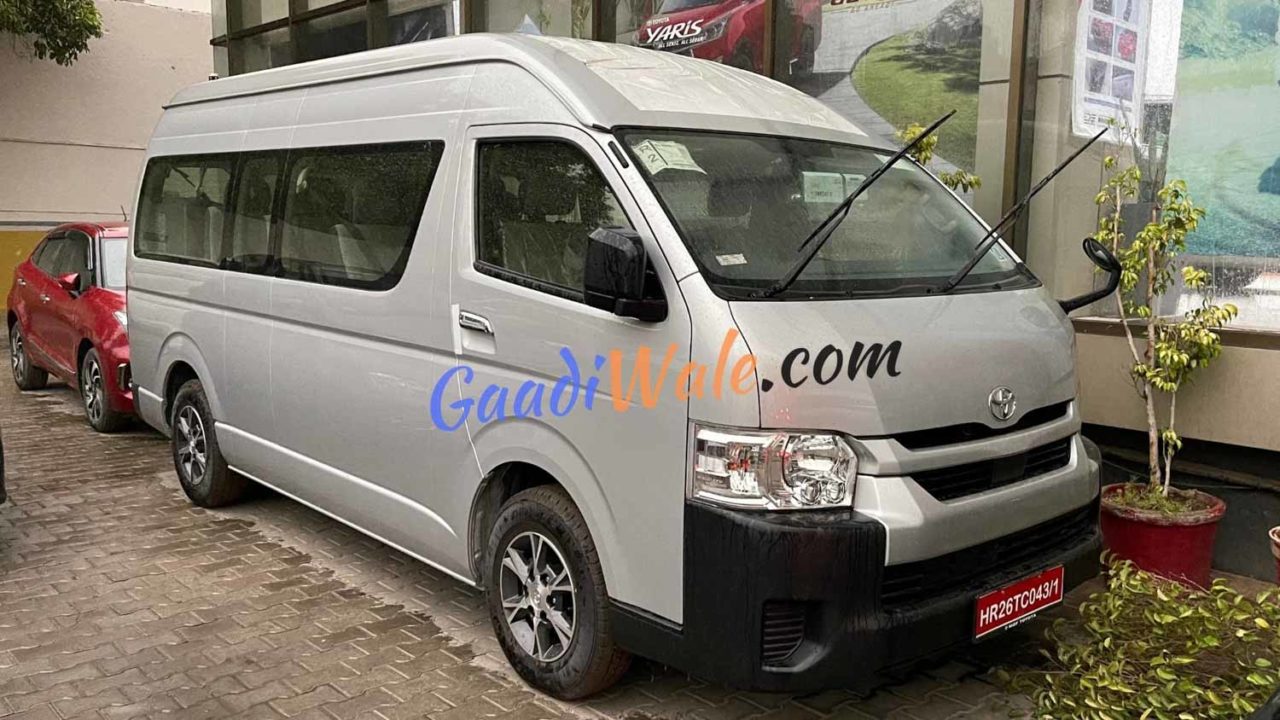 It is the same GD series engine that can be found in the Fortuner but in the full-sized SUV, it kicks out 204 horsepower and 500 Nm of peak torque. The powertrain is only paired with a six-speed automatic transmission in the Hiace. For added practicality, the final row seats can be folded in the large MPV to liberate additional boot volume.

The cabin has a more simplistic look compared to the Vellfire and has many storage spaces.  Moreover, the features list is not too premium either but utilitarian enough in a number of features. It boasts a 2-DIN audio with CD, AUX and USB, dual front airbags, power steering, power windows, air conditioning vents for each row, semi-reclining seats, anti-lock brakes with EBD, power sliding rear doors, etc. 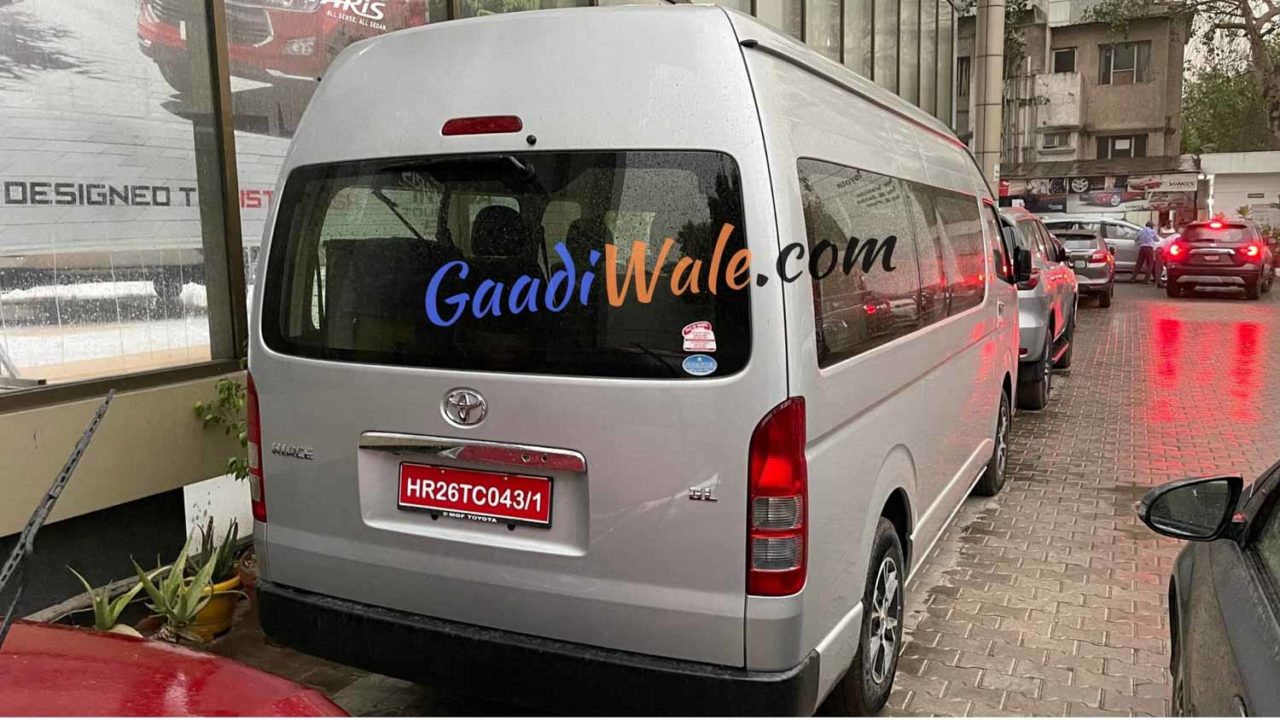 The gear selector is mounted on the dashboard to enable more usable space as well. The exterior has a boxy appearance with conventional headlamps and central air intake while the upright rear end has a large glass panel and the Toyota badge is mounted just below it.