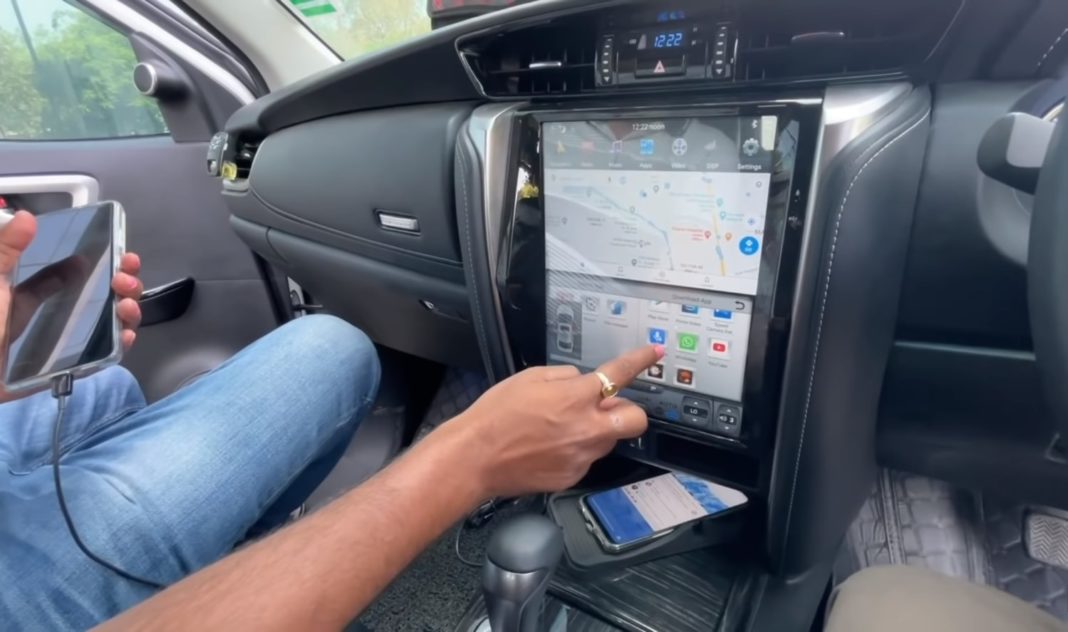 This modified Toyota Fortuner gets a massive touchscreen infotainment system, which offers a lot of new features and functions

Toyota Fortuner was updated with a mid-life facelift in the Indian market in January 2021. Apart from changes to the styling, the new model offered a lot of additional equipment and features over the previous model, while still being just as reliable and rugged as before. The popularity of the Fortuner continues to be high in India, and plenty of owners prefer to customise their SUV according to their tastes.

Here, we have a modified Toyota Fortuner that features a very innovative upgrade – a massive tablet-like infotainment touchscreen. As standard, the 2021 Fortuner comes with an 8.0-inch touchscreen infotainment system. The owner of the vehicle, Deepak Bansal, wasn’t too impressed by that, and replaced it with a larger aftermarket unit from Hypersonic, inspired by the ones used on Tesla vehicles.

The video below, posted by Musafir Aka Joshi, gives us a close look at the new system. In the video, the host claims that this is the first 2021 Toyota Fortuner in India to get a Tesla-style infotainment system. The touchscreen is much larger than the stock system, and the physical HVAC controls have been removed from the centre console.

According to the owner, the climate control system works perfectly well via the touchscreen, so there are no worries on that front. The new system is Android-based and comes with 4GB RAM and 32GB in-built memory. It gets plenty of other features as well, like a music player, video player, navigation, and many other apps.

The owner has also installed two entertainment screens for the second row, one of which is connected to the infotainment system. Apart from that, it also offers Apple Carplay and Android Auto support, and the steering-mounted controls (for audio and phone) also function properly. The system also supports a selection of voice commands. 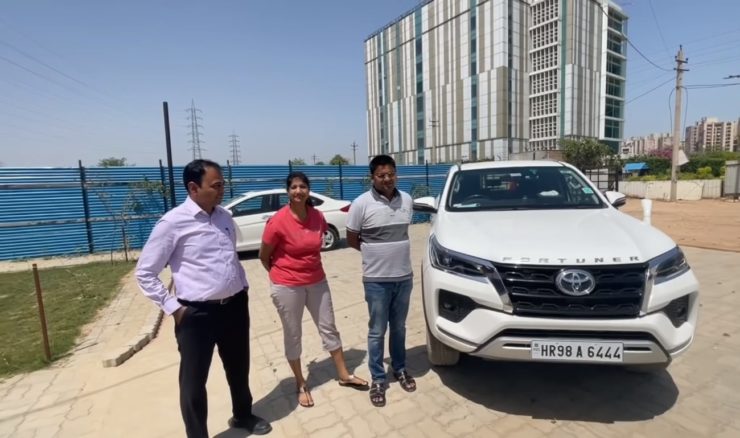 The infotainment screen also displays the feed from the rear parking camera and parking sensors, which is quite a practical touch. The mod job is quite a thorough one, with no fit and finish issues according to the owner. Also, the warranty of the vehicle remains intact, as no wires were cut during the installation of the new system.