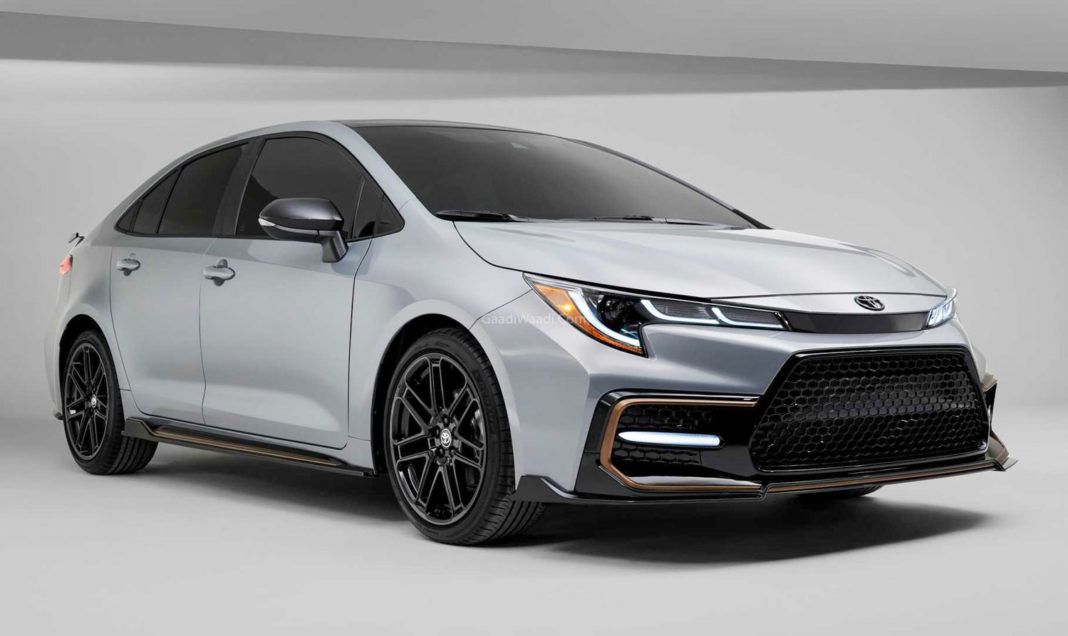 A couple of months ago, Toyota unveiled the Apex special edition of the Corolla sedan and its pricing information has now been revealed for the United States market. Offered in two variants, the 2021 Toyota Corolla Apex Edition costs $26,065 (including destination fees) for the base Apex SE. Compared to the regular SE variant, it costs around $2,695 more.

The top-spec Toyota Corolla Apex Edition is the Apex XSE and is priced from $29,205 reportedly. The Corolla continues to be a top-seller for the Japanese manufacturer in the North American market despite the increase in affinity towards SUVs and crossovers from customers. To give more buying choices, the Apex Edition has been introduced and its production will be limited to 6,000 units.

The buyers wanting to own the Apex SE with a manual transmission will have to pay $390 extra. Toyota has applied several cosmetic changes to give the Apex Edition an aggressive road presence compared to the standard Corolla. Chief among which the custom body kit has been done up in black colour. It features sporty front splitter, side skirts, subtle bronze accents and a rear diffuser. 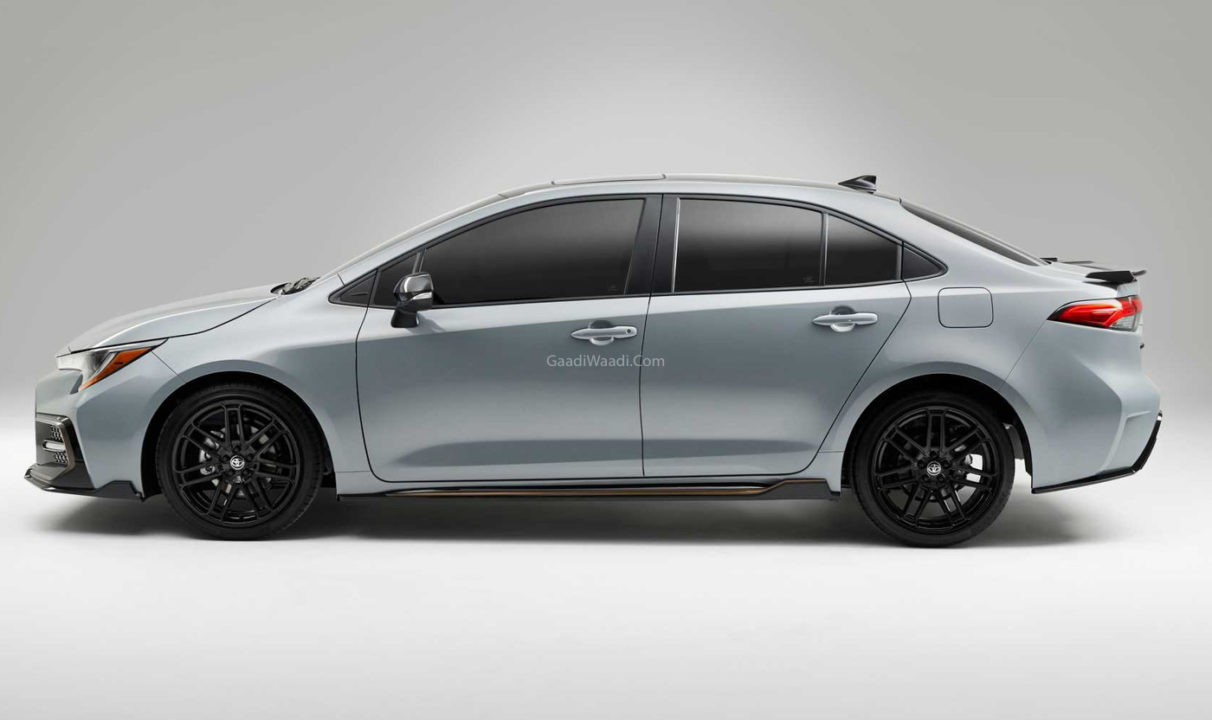 As for the performance, it comes equipped with a 2.0-litre Dynamic Force four-cylinder engine which is good enough to produce a maximum power output of 169 horsepower at 6,600 rpm and 205 Nm of peak torque. The engine is paired with a six-speed iMT transmission and its production is restricted to just 120 units.

To give a better street look, the 2021 Toyota Corolla Apex Edition can be had with an option of a rear spoiler. Other visual enhancements include a set of 18-inch cast aluminium wheels that also helps in better brake cooling whole saving 4 kilograms in total, as well as black mirror caps. Toyota engineers have tweaked the suspension with the inclusion of bespoke springs. 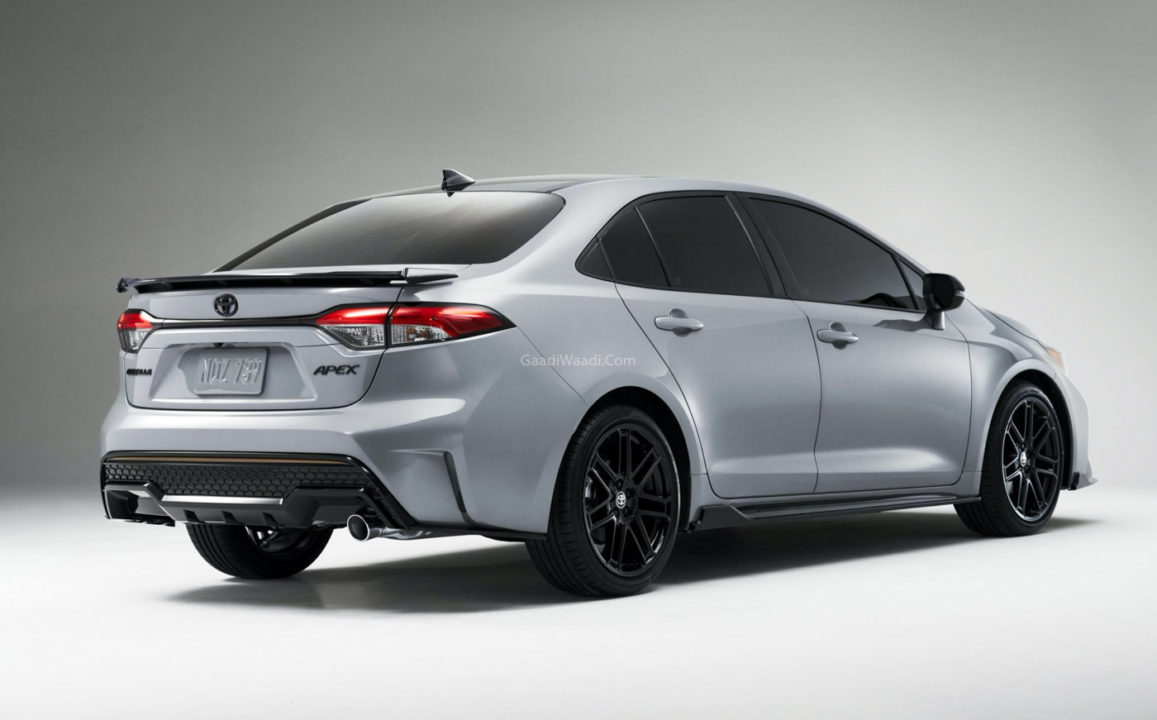 They help in lowering the ride height by around 15.24 mm and thus the handling and aerodynamic improvements should be felt behind the wheel. As part of reducing the roll angle, the spring rate has been increased and it aids in better steering wheel and more committed cornering. The cutback exhaust is specifically tuned with a 3.5-inch stainless steel tip on the Corolla Apex Edition.