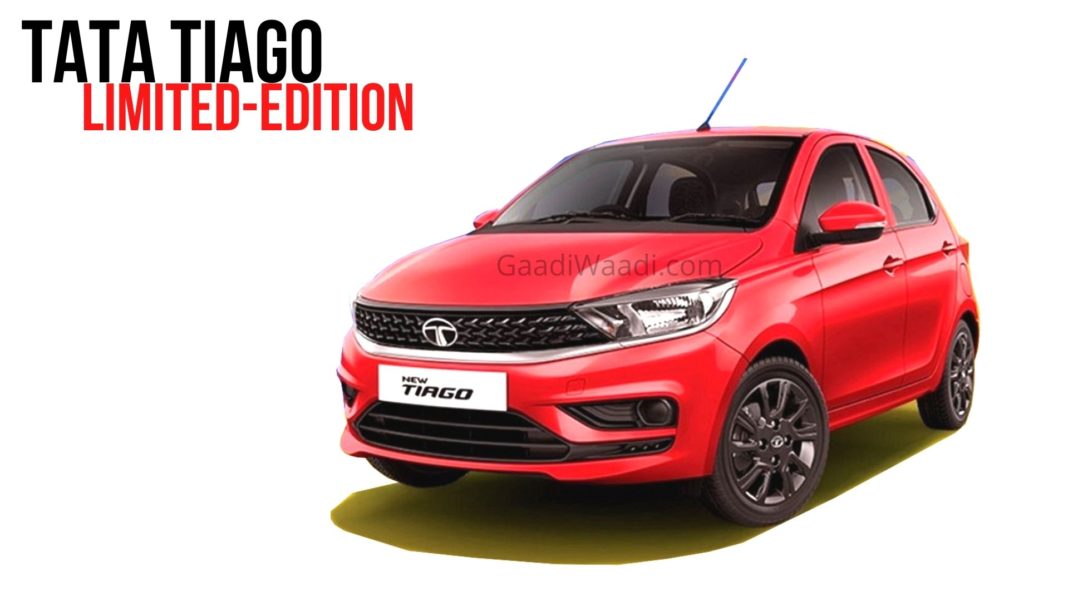 Tata Tiago has played an integral role in the transformation of the brand since its debut in 2016 and it emerged as the top-selling model in a short span of time. Until now, the Tiago sits as the best-seller and in CY2020, 49,486 units were sold to end up as the sixteenth most sold passenger car in the country ahead of Nexon compact SUV and Altroz premium hatchback.

One of the main reasons for its success was the introduction of the facelift as early as January 2020 and we have seen Tata regularly expanding its lineup by adding in limited editions or new variants in the past. Standing in line with keeping its products fresh, the homegrown auto major released a teased video of the limited edition yesterday and it has now been launched at a price of Rs. 5.79 lakh (ex-showroom, Delhi) – Rs. 30,000 more than the regular XT trim.

While no dramatic changes have been made, Tata has commemorated the first anniversary of Tiago facelift with the special edition based on the XT variant. Available on in the five-speed manual trim, the 2021 Tata Tiago Limited Edition comes in Flame Red, Pearlescent White & Daytona Grey colour schemes. 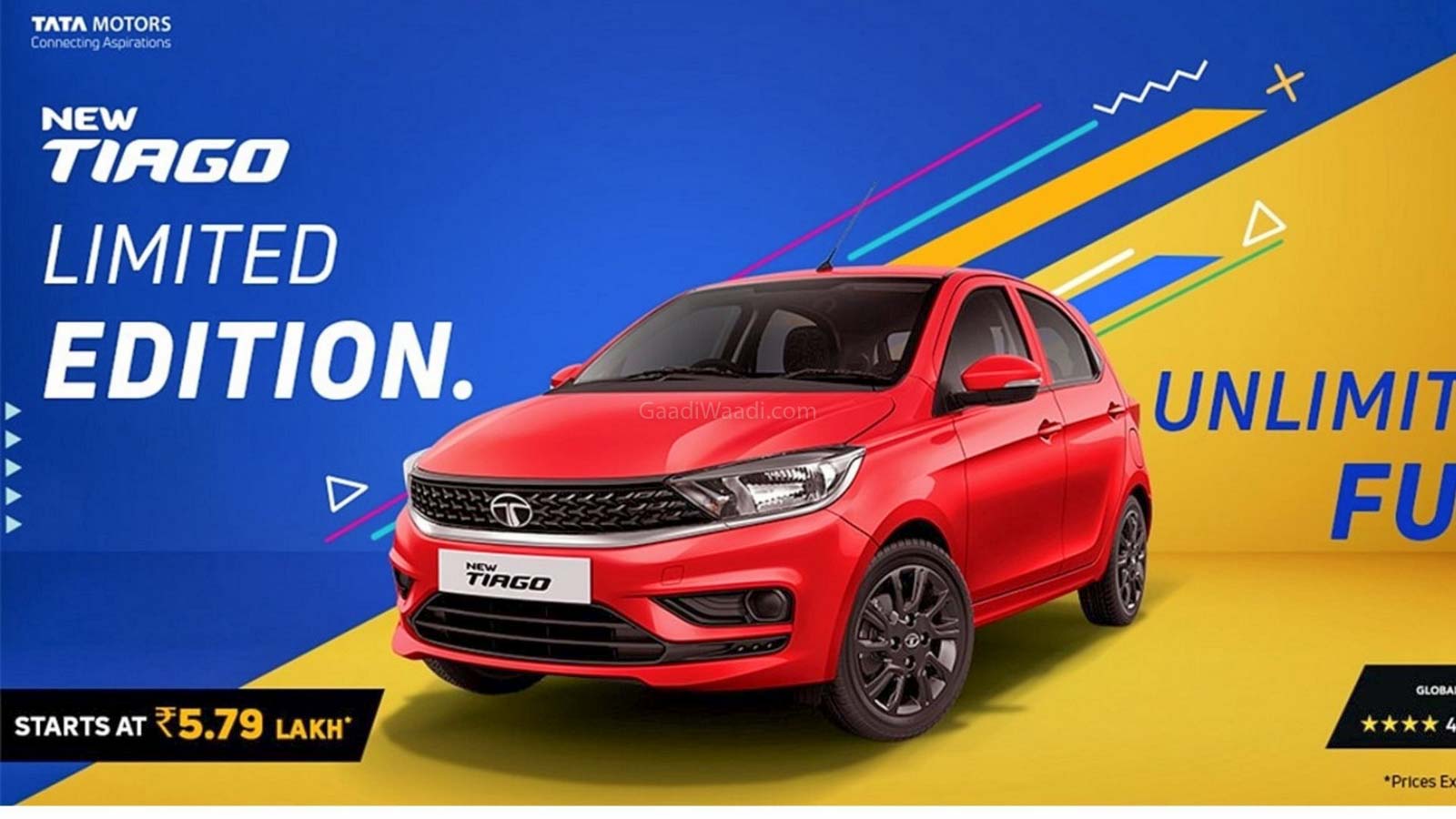 It is offered with addition of new features with the significant exterior inclusion being the newly designed 14-inch black alloy wheels. Other highlights are a five-inch touchscreen infotainment system sourced from Harman boasting 3D navigation through Navimaps,
reverse parking sensor with display, voice command recognition, image and video playback
along with a rear parcel shelf.

Speaking on the occasion of the launch, Vivek Srivatsa – Head – Marketing, Passenger Vehicles Business Unit, Tata Motors said, “Since its launch in 2016, the Tiago has been very successful in its segment and has been appreciated by all. Following the same, the product’s BS6 version was introduced in 2020 which also received a 4 star safety rating by GNCAP at launch, making it the safest in its segment.

With more than 3.25 lakh happy customers on the road, the Tiago has evidently received tremendous market response. We are confident that through the introduction of this limited period variant and in alignment with our New Forever philosophy, we will continue to bring excitement in this space while catering to the ever evolving demand of our consumers.”

Currently, the five-seater is priced between Rs. 4.85 lakh and Rs. 6.84 lakh (ex-showroom). The Tiago uses a 1.2-litre naturally-aspirated three-cylinder petrol engine producing 85 bhp and 113 Nm. It is paired with a five-speed manual or a five-speed AMT transmission.