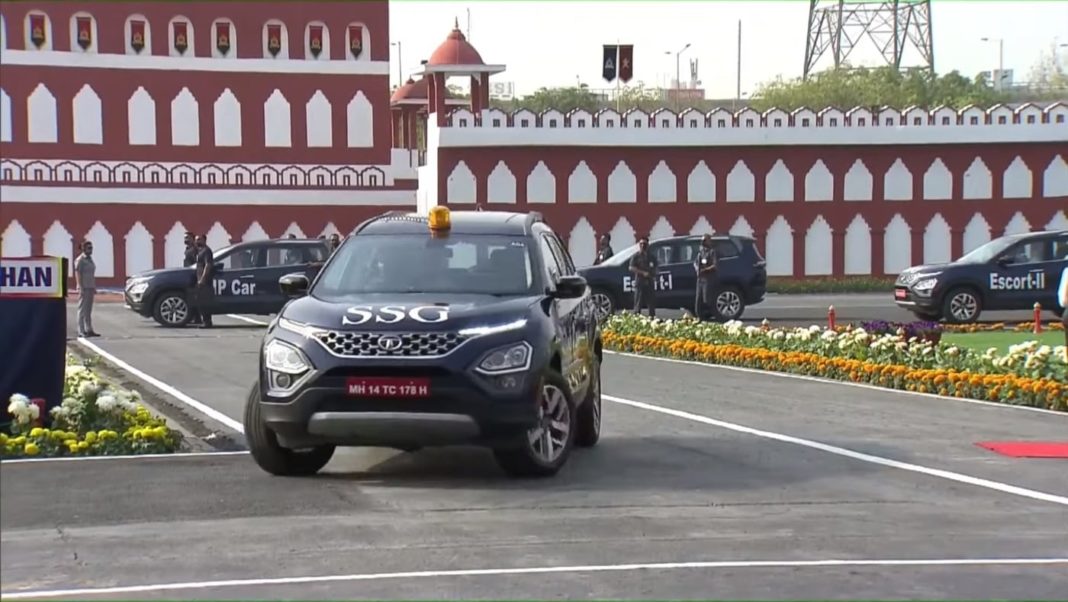 The new-generation Tata Safari was launched in India last month. The manufacturer has reported that the demand for the new SUV is quite strong, with 1,707 units sold in just the debut month. The 2021 Safari was recently used by the Central Industrial Security Force (CISF) for security demonstration during the 52nd CISF Raising Day parade.

The parade took place in Ghaziabad on 10th March 2021. The demonstration used 5 units of the new Safari, performing various security drills, to show how the force handles VIP security. First, we see the vehicles driving in a box formation, with the pilot car taking the lead. The VIP car is flanked by two escort cars, one on each side, and following them is a spare car.

The convoy offers 360-degree surveillance and protection to the VIP car, and the drivers are Special Security Group (SSG) agents, skilled in the art of evasive driving. The next drill involves the security agents alighting from the escort cars (still in motion), to accompany the VIP car on foot. Upon reaching the destination, the security personnel assess the situation before opening the door for the VIP.

After that, the security personnel accompany the VIP, checking all around for potential threats. The next few drills demonstrate how the security personnel would react if a shooter appears. The shooter is neutralised, and the VIP is escorted into the car with appropriate cover. These evacuation drills show us how efficiently the security escorts the VIP back into the SUV, which then races off, followed by other cars in the convoy.

The next exercise shows how the security would react if a bomb attack happens on the road. The drivers slam down the brakes, and after a quick look around, execute a J-turn, racing away in the other direction. In case there are armed insurgents on the way, the VIP car is shielded by other cars in the convoy. 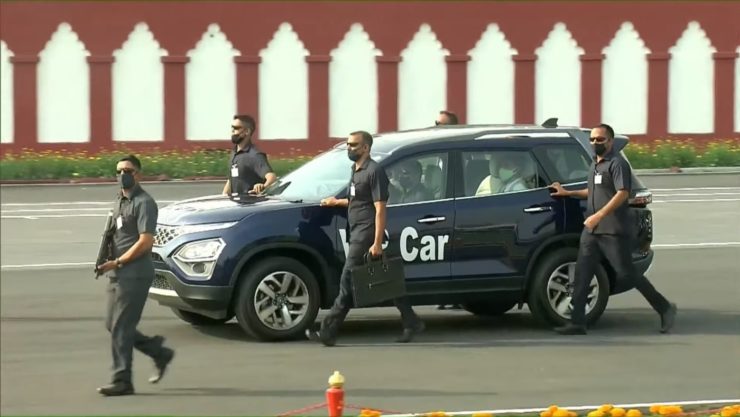 The 2021 Tata Safari is powered by a 2.0-litre, turbocharged, inline-4 diesel engine, which generates a peak power of 170 PS and a maximum torque of 350 Nm. It is available with two transmission options – a 6-speed manual and a 6-speed automatic gearbox.