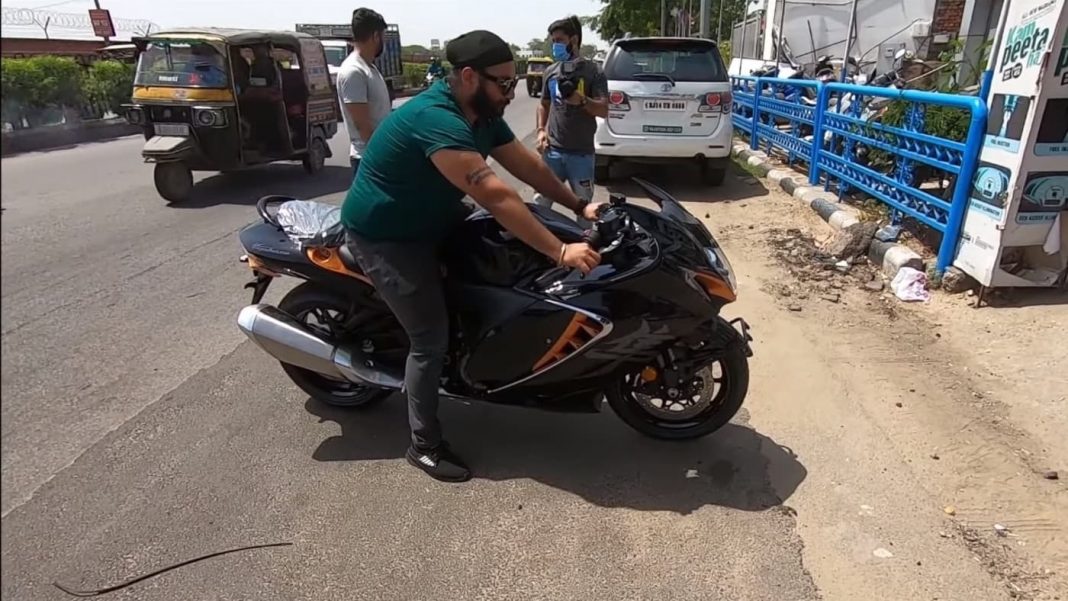 Deliveries of the 2021 Suzuki Hayabusa have now begun in the Indian market, and the first unit was delivered in Jaipur

The 2021 Suzuki Hayabusa made its global debut earlier this year in February, and in April, the motorcycle was launched in India, priced at Rs. 16.4 lakh (ex-showroom). The first batch for the Indian market consisted of 101 units, all of which were sold out in just a few days! Deliveries of the new Hayabusa have now commenced in India.

Here, we have an unboxing video of the new Suzuki Hayabusa, reportedly the first one delivered in India. The video was uploaded by Wild Wing Rider, and we get a detailed, close look at the motorcycle here. The bike arrived at the dealership with plenty of protective wrapping, inside a wooden box, to avoid any damage to it during transportation.

This particular model has the Glass Sparkle Black with Candy Burnt Gold paint scheme, which looks absolutely brilliant. There are two other paint options on offer – Pearl Brilliant White with Metallic Matte Stellar Blue, and Metallic Matte Sword Silver with Candy Daring Red. In the video, it is also revealed that customisations have already been planned for the motorcycle.

The design of the 2021 Hayabusa is an evolution of the previous-gen model. It continues to be bulky but aerodynamic, with loads of road presence. The features on offer include an all-LED lighting system, a semi-digital instrument cluster (with a colour TFT display), cruise control, three power modes, and three-level adjustable engine braking.

Safety features on offer include cornering ABS, anti-wheelie control, traction control, launch control, and hill-hold assist. The engine is a 1,340cc, DOHC, liquid-cooled, inline-4 unit, which is capable of generating a peak power of 190 PS (at 9,700 rpm) and a maximum torque of 150 Nm (at 7,000 rpm), and it comes mated to a 6-speed transmission. 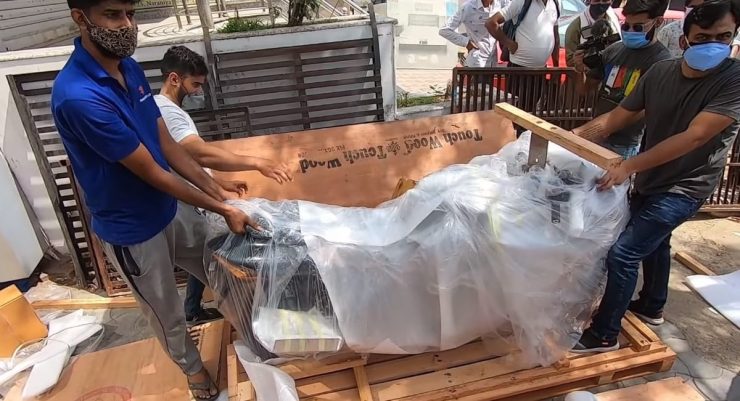 With the first batch sold out, bookings for the 2021 Suzuki Hayabusa have now been put on hold in India. We expect the manufacturer to reopen bookings very soon, likely in the coming months, and we might see a small bump in the prices then. The ‘Busa doesn’t have any direct rivals in our market at the moment.