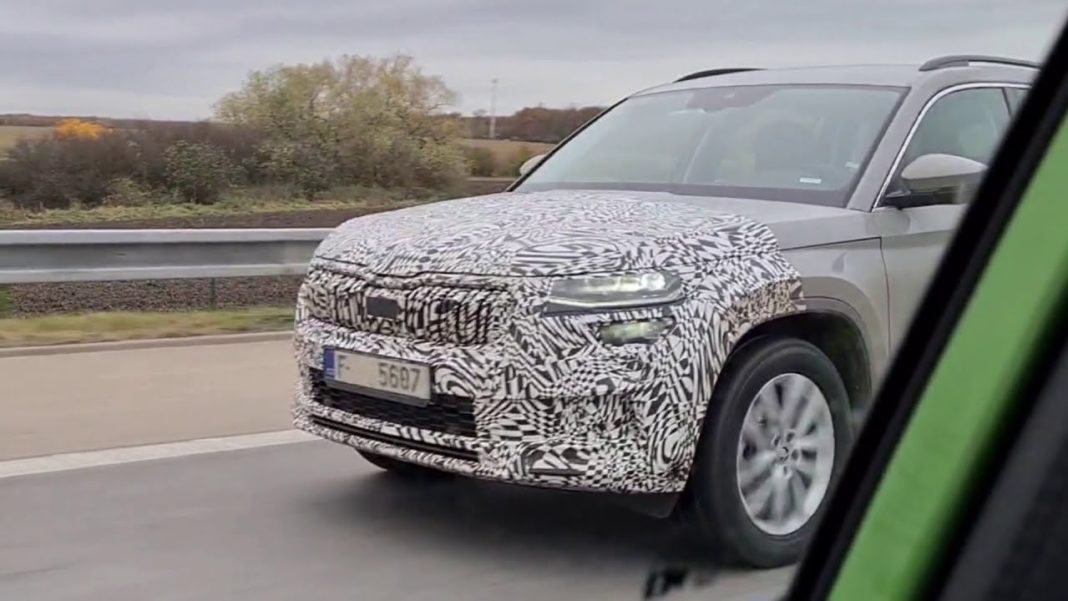 The upcoming Skoda Kodiaq facelift was spied recently in its home country, Czech Republic, and will debut sometime during the next year

Skoda has a lot of new products lined-up for launch next year, including the next-generation Fabia, Enyaq electric SUV, and the Kodiaq facelift. That last one was recently spied in Czechoslovakia, undergoing road testing, wearing camouflage on its face and tail. A few changes are visible in this spy video, uploaded by Pavel Srp, which we shall discuss below.

With this mid-life update, the Skoda Kodiaq gets a slightly altered front fascia. The headlights are matrix LED units, underlined by an LED DRL strip. There is a smaller lamp underneath the headlight, giving it a vertically-split design. The front grille seems to be wider than before, and has a big sensor for radar-based driving aids in the middle. The air dam seems to be larger as well, hidden under the camouflage.

The rear section of the car will get a similar taillamp shape as the current model, but with new LED elements. The rear bumper will also sport a few changes, but the tailgate will remain the same as before. Overall, there will only be a few subtle changes on the Skoda Kodiaq, all cosmetic in nature.

As for the interior, we don’t expect any changes in the design, although new upholstery and trim elements will be offered here. The dashboard layout will remain the same as well, but we might see a larger infotainment screen here, along with a new fully-digital instrument cluster.

There is one mechanical change expected on the 2021 Skoda Kodiaq – a PHEV powertrain. The Kodiaq facelift is expected to gain a new plug-in hybrid system, on the Kodiaq iV, although the specs aren’t confirmed at this moment. Regular petrol and diesel engine choices will probably include a 1.5L TSI, 2.0L TSI, and 2.0L TDI powerplants. 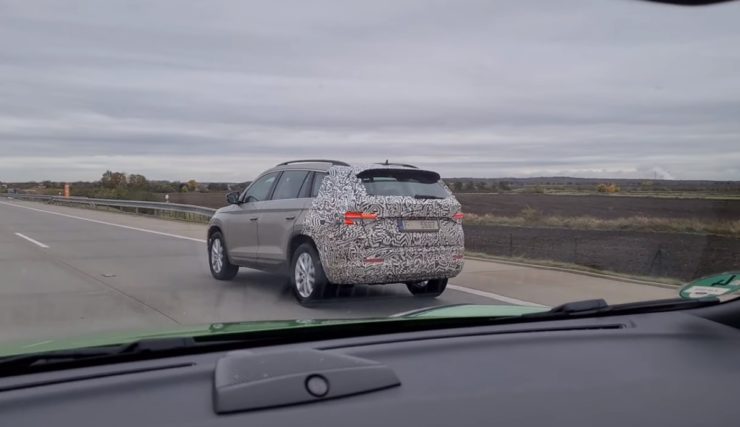 The launch timeline of the upcoming Skoda Kodiaq facelift hasn’t been revealed yet, although rumours suggest it will happen around mid-2021. The updated Kodiaq will probably make its way to the Indian market as well, as a limited CBU import to avoid homologation, and will be priced somewhere between Rs. 33 lakh to Rs. 39 lakh.