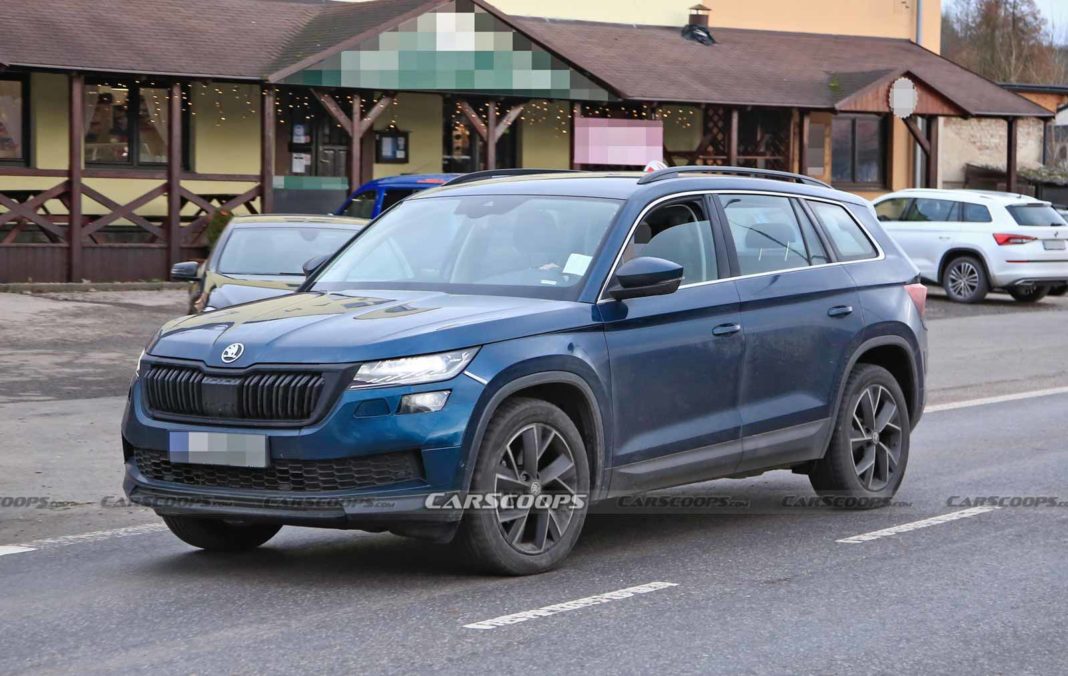 Skoda Kodiaq sits at the top of the Czech carmaker’s SUV line-up in Europe, and is now all set to receive a mid-life makeover soon

The Skoda Kodiaq is a three-row mid-size SUV that has been on sale since 2016, and it looks like the car is ready to receive a mid-life refresh soon. An undisguised test mule of the Kodiaq facelift has been spied on test on the roads of the Czech Republic, revealing some crucial information about the upcoming car.

A first look at the spy shots reveal that the Kodiaq facelift will be getting a slightly larger and wider butterfly grille, along with new headlights, tweaked fog lamp housings, yet an identical front bumper. At the rear, the Skoda logo makes way for the ‘Skoda’ lettering that runs across the tailgate. This trend can be seen on all new Skoda cars.

The ‘Kodiaq’ badge is positioned on the bottom left. The rear spoiler mounted on the roof looks bigger in size, while the tail lamps appear to be slightly restyled. In addition, the rear diffuser has been gotten rid of. On the inside, the 2021 Kodiaq is expected to feature new upholstery and trim, as well as more driver assistance gear. 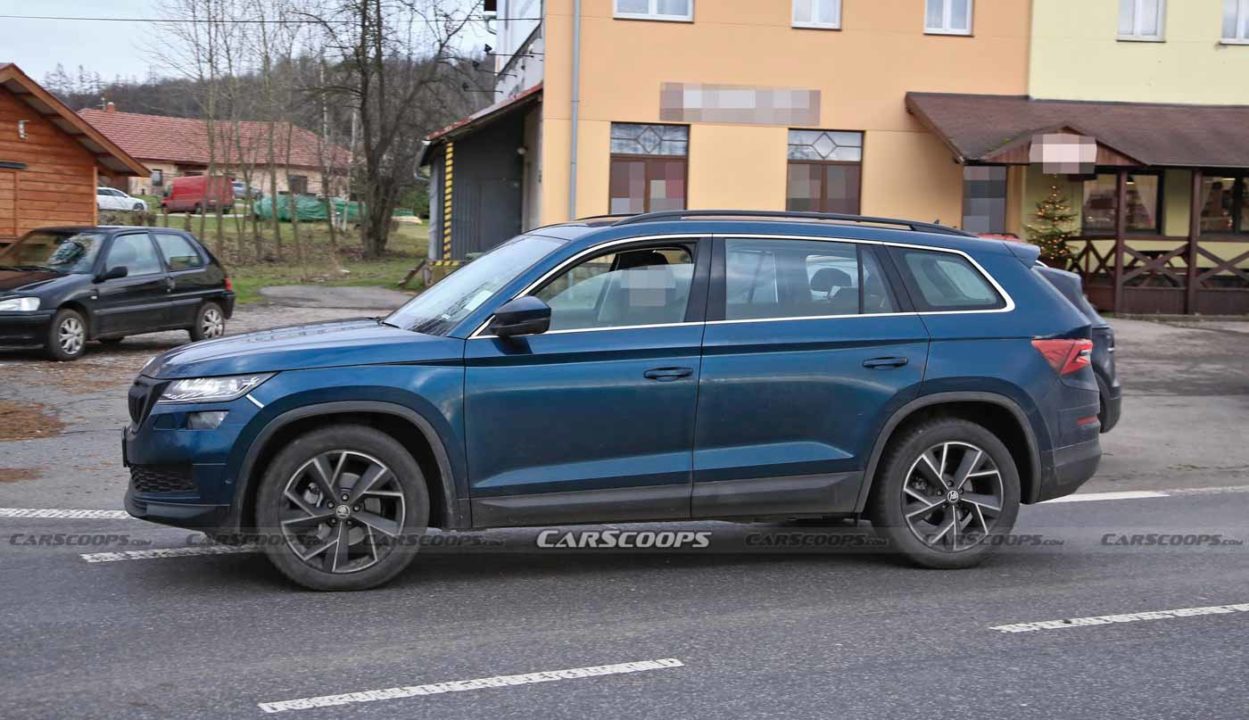 On the feature front, we expect Skoda to offer the SUV with a new infotainment system as well as a revised version of VW Group’s Virtual Cockpit digital instrument cluster. Powering the 2021 Kodiaq will be both petrol and diesel powertrains, just like the current model on sale.

The Skoda Octavia vRS that was put to sleep in the United Kingdom because of the new emission regulations, could be brought back to life with a 2.0-liter TDI oil burner that puts out 240 PS of maximum power, along with 500 Nm of peak torque. This will enable the SUV to sprint from 0 to 100 km/h in 7.0 seconds, before topping out at 220 km/h. 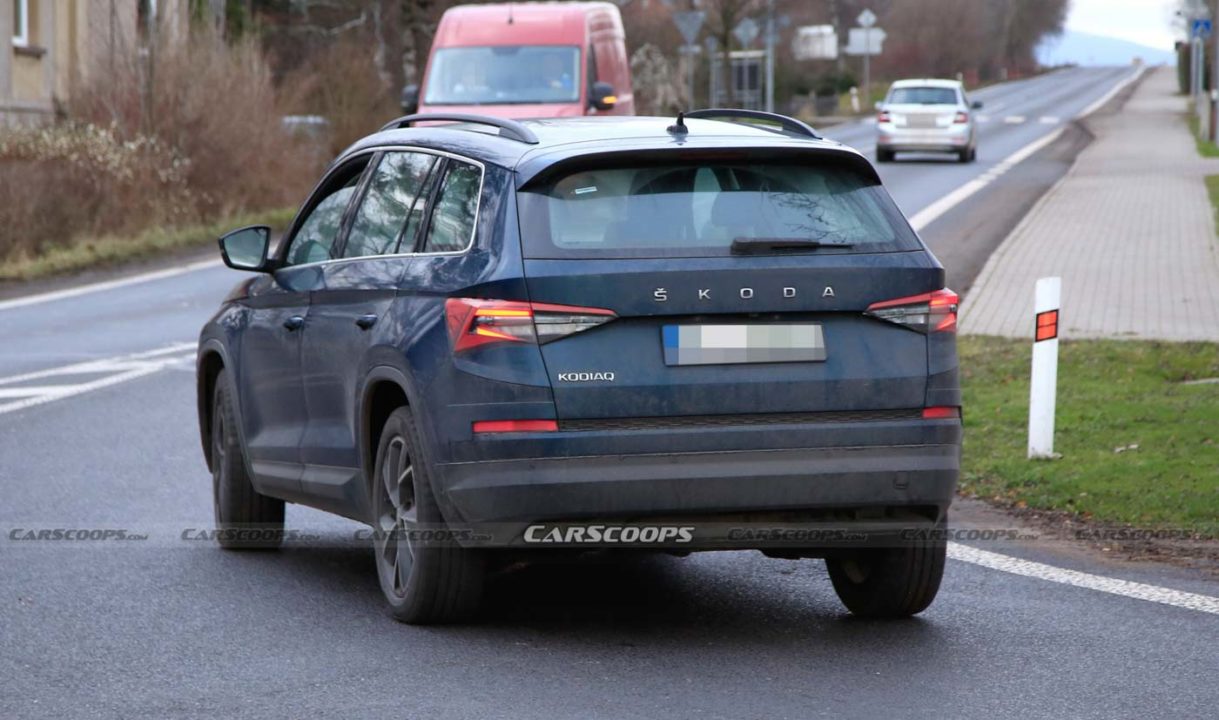 If rumours are to be believed, Skoda will officially debut the 2021 Kodiaq facelift in the first half of this year itself. The facelifted Kodiaq could also be brought to the Indian market later this year, as the SUV has been missing from the carmaker’s Indian line-up since the BS6 emission norms came into action.