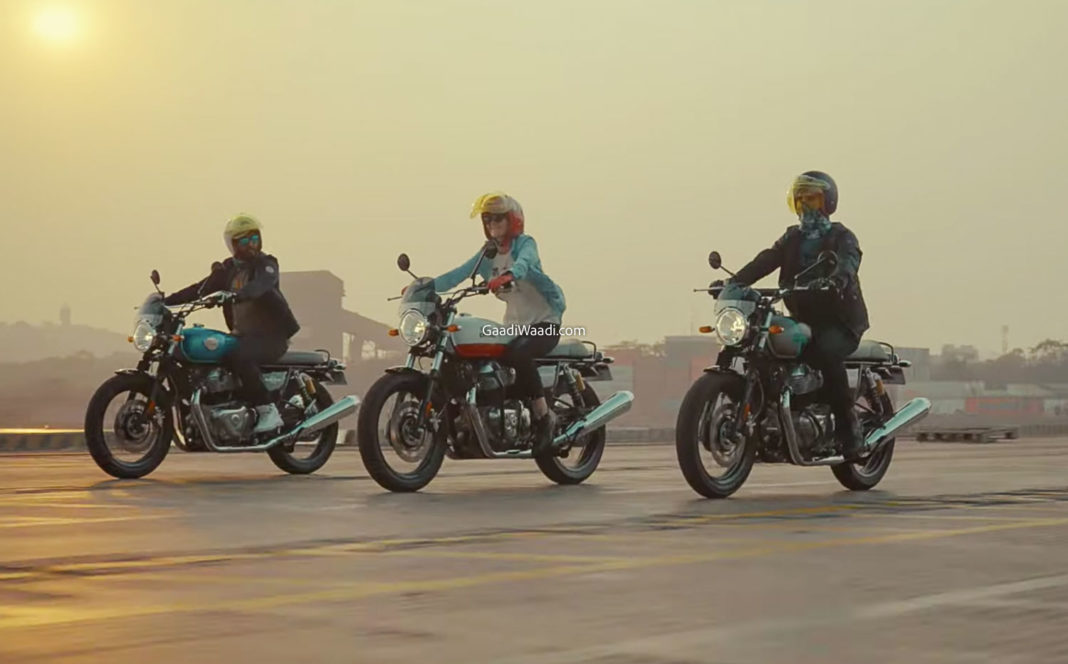 Royal Enfield recently introduced new paint schemes for the Interceptor 650 & Continental GT 650 for the 2021 model year. Apart from that, the 650 twins have also received a range of new Make it Yours (MiY) options with which buyers can choose to personalise their new motorcycles.

Now, Royal Enfield has released a new TVC for the 2021MY 650 twins. Take a look at the new commercial below –

The Interceptor 650 is now available in two new single-tone paint schemes – Canyon Red and Ventura Blue. The motorcycle also gets two new dual-tone colours in the form of Downtown Drag and Sunset Strip. Also included is an updated version of the chrome Mark 2. The Interceptor 650 will also continue to be offered with the Orange Crush and Baker Express colours.

Apart from the new colours, Royal Enfield has also introduced blacked-out rims and mudguards for the single-tone colour variants of the Interceptor 650. The Continental GT 650, on the other hand, gets two new dual-tone colours – Dux Deluxe and Ventura Storm, while it also gets an updated version of its Mister Clean colour options. Two new single-tone colours have been added in the form of Rocker Red and British Racing Green.

The MiY option gives the buyers to include accessories like touring seats, touring mirrors, flyscreen, sump guards and more. No changes have been made to the powertrain. Powering the two bikes is the same 648 cc parallel-twin, air-oil cooled motor that produces 47 hp of max power at 7250 rpm, along with 52 Nm of peak torque at 5250 rpm. The engine comes mated to a 6-speed gearbox.