Royal Enfield is expected to offer new features on the 2021 Himalayan, like a Meteor 350-style tripper navigation

Recently, a test mule of the Royal Enfield Himalayan was spied on the streets of Chennai. This prototype motorcycle didn’t show any changes, at least not in this particular spy picture. This leads us to believe that the changes on the motorcycle are very subtle, perhaps only consisting of a few additional premium features.

On the recently-launched Royal Enfield Meteor 350, the company debuted a brand new feature, called ‘tripper’. This comprises of a small TFT display, which can connect to a smartphone via Bluetooth. Using the Royal Enfield app, the user can set a destination and see turn-by-turn navigation instructions on the screen.

This is an extremely useful feature, especially for people with plans for long-distance touring. We expect it to be available on other Royal Enfield motorcycles as well, including the Himalayan. This would help RE’s adventure tourer offering become a more practical motorcycle than it already is!

Apart from that, we expect a few other changes on the Himalayan next year. It could offer a USB charging port for smartphones, and we might see new paint options as well, to keep the styling fresh. Other than that, the motorcycle is expected to remain unchanged, in terms of mechanicals as well as design.

The 411cc, air-cooled, single-cylinder, SOHC engine of the Royal Enfield Himalayan will continue to develop 24.3 HP and 32 Nm of peak power and torque, respectively. This BS6-compliant motor comes paired to a 5-speed gearbox. However, we expect some serious improvements in the refinement of the bike. 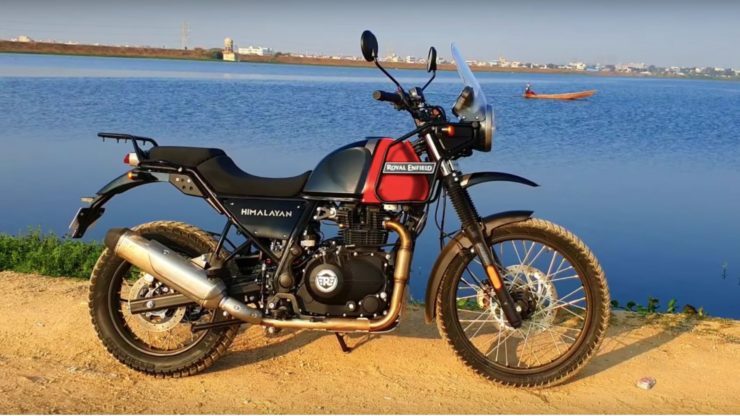 The 2021 RE Himalayan will probably receive this update before mid-2021. Expect a price hike of around a grand or two over its current price of Rs. 1.91 lakh to Rs. 1.96 lakh (ex-showroom, New Delhi). The manufacturer has a lot of launches lined up for next year, including the next-generation Classic 350, an upcoming 650cc cruiser (KX650), and a 350cc roadster (Interceptor 350).

The brand is also planning to develop an electric motorcycle, which will debut a few years down the line. Royal Enfield currently has the largest share of the premium motorcycle market in India, and to stay at the top, the brand is planning to introduce a new motorcycle almost every quarter for the next half-decade.