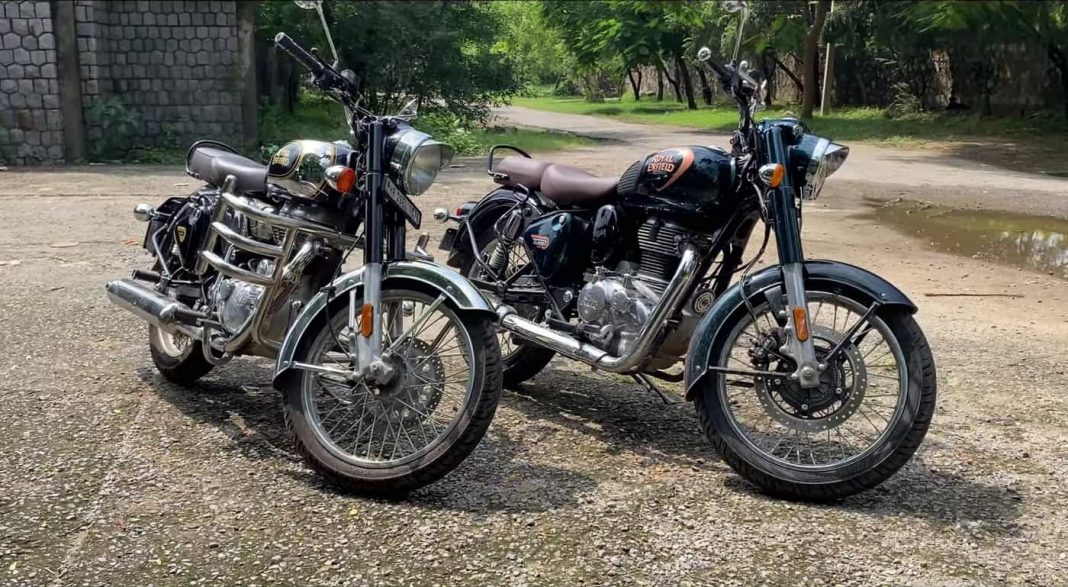 Royal Enfield recently introduced the new-generation Classic 350 in the Indian market, and here, we compare it with its previous-gen version

The new-generation RE Classic 350 was launched just a few days ago. The motorcycle features a lot of improvements over the old-gen version, but on the surface, the new one doesn’t seem too different from the previous model. A lot of people have been wondering how much the new-gen Classic 350 differs from the older one, and here, we have the answer!

The design of the new-gen Classic 350 isn’t too different from the previous version. It gets a similar round headlamp, seated in the signature cowl, with a pair of tiger-eye pilot lamps. The fuel tank still has a rounded shape, and the Classic continues to get a split-seat setup. The seats are new though, as is the pillion grab rail.

The taillight and its holder have been redesigned, and the tail section looks a little cleaner now. The switchgear of the new Classic 350 is a direct lift from the Meteor 350, and we aren’t complaining! The rotary switches look great, and the plastic quality is better than before. The new bike gets a semi-digital instrument cluster, and tripper navigation is optional on the chrome variants.

The biggest change is to the powertrain though. Previously, Royal Enfield offered a 346cc, pushrod-actuated, air-cooled, single-cylinder engine on the Classic 350. This motor generated a peak power of 19.36 PS and a max torque of 28 Nm. The new one comes with a 349cc, SOHC, air/oil-cooled, single-pot motor that belts out 20.4 PS and 27 Nm.

The switch from pushrods to overhead cams makes a world of difference. The new engine has a much better power delivery, and the vibrations are a lot less. Where the old bike struggled past 80 kmph, the new one can hold 90-100 kmph all day long! The transmission duties continue to be handled by a 5-speed sequential gearbox. 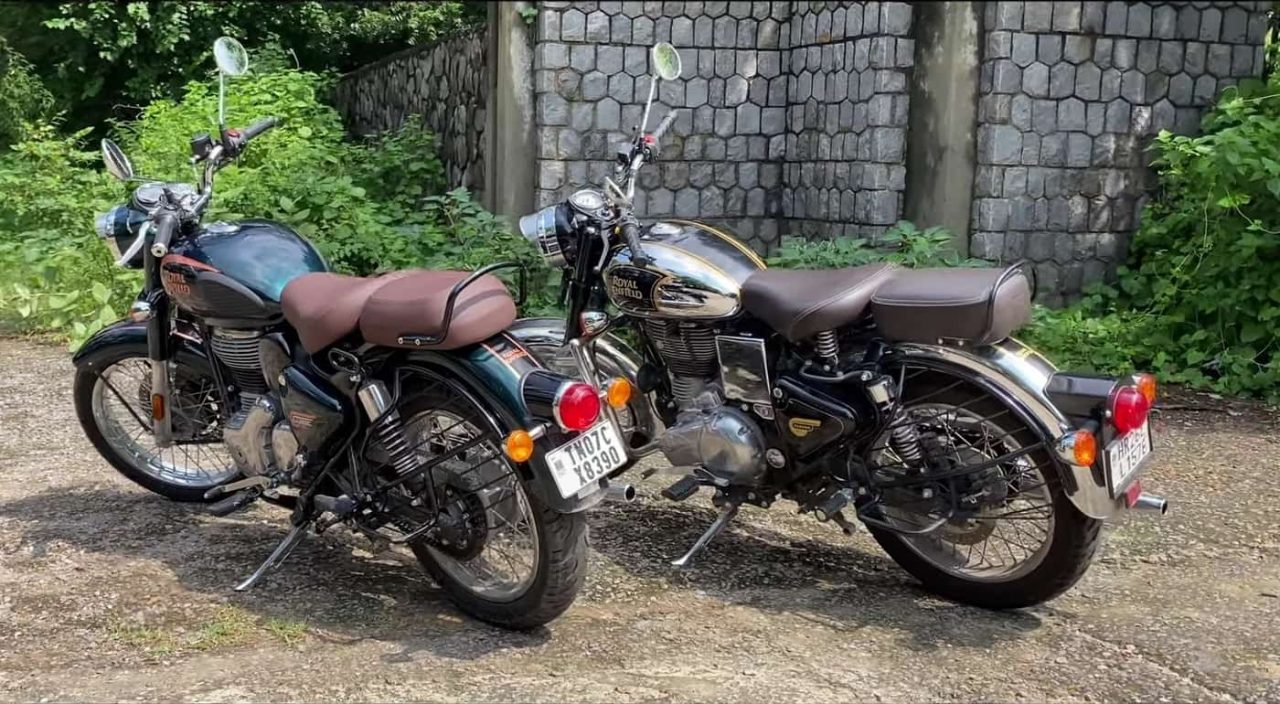 Other than that, the new-gen model gets upgraded suspension and larger wheels compared to the older one (19-inch front and 18-inch rear on the new Classic 350). The new-gen Royal Enfield Classic 350 is priced from Rs. 1.84 lakh to Rs. 2.15 lakh (ex-showroom, New Delhi). Its rivals in the Indian market include Honda H’ness CB350, Jawa, and Benelli Imperiale 400.