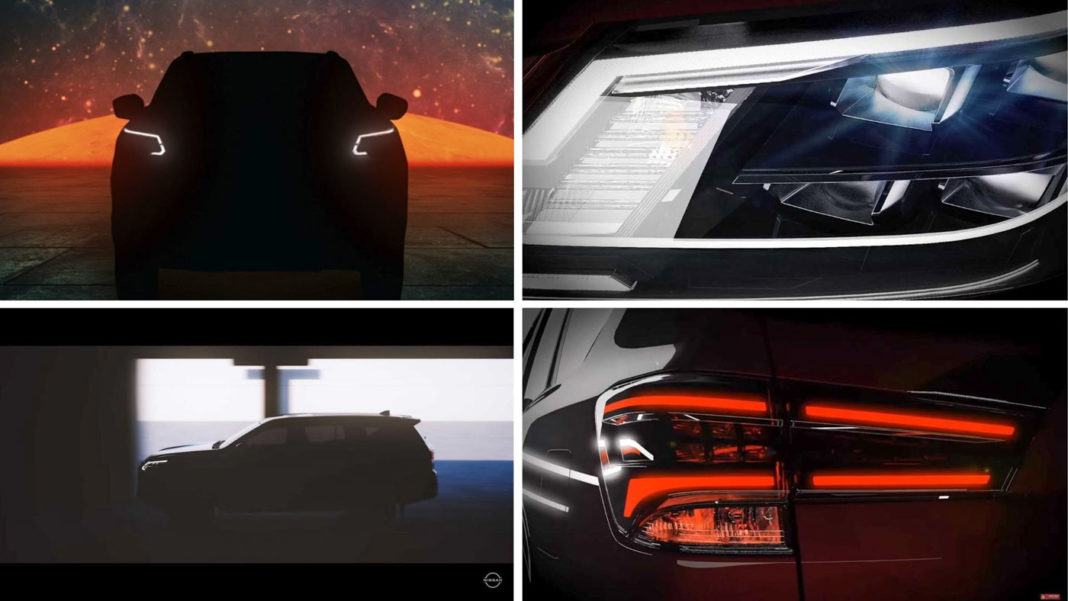 The upcoming Nissan Terra facelift’s design seems to draw heavy inspiration from the facelifted Navara, which made its debut earlier this month

From debuting a range of new cars, previewing the Z Proto, teasing the Qashqai as well as introducing an all-new logo, Nissan Motor Company has truly had a very busy year so far. However, it looks like there’s no stopping the Japanese car manufacturer. Before the year draws to a close, Nissan has plans to reveal another offering, i.e. Terra facelift.

Nissan has released a new teaser video for the car, which show its updated LED headlamps, LED tail lights as well as LED daytime running lamps integrated in the headlights. Nissan has also confirmed that the updated Terra is all set to be launched on November 25.

First debuted in February 2018, the Terra is basically a body-on-frame, three-row SUV based on the Navara pickup truck. In terms of design, the Terra facelift looks similar to the donor car up to the front doors, while everything after that is unique to the SUV. Apart from that, the chassis and suspension are also tuned for better comfort and maneuverability.

The teaser reveals that the Terra facelift will get new headlamps that are similar to that seen on the latest Navara. It also reveals that the SUV will be getting a larger front grille, however, could be slightly different than the pickup truck.

The tail lamps of the car also look revised, however, what is not expected to change is the cabin layout. We expect some minor tweaks to the cabin, while the overall layout will largely remain unchanged. As of now, the pre-facelift Terra is offered with a 2.5-litre four-cylinder petrol engine, a 2.3-litre twin-turbo diesel and a 2.5-litre single-turbo diesel unit. The transmission options include a 6-speed MT, as well as an optional 7-speed auto.