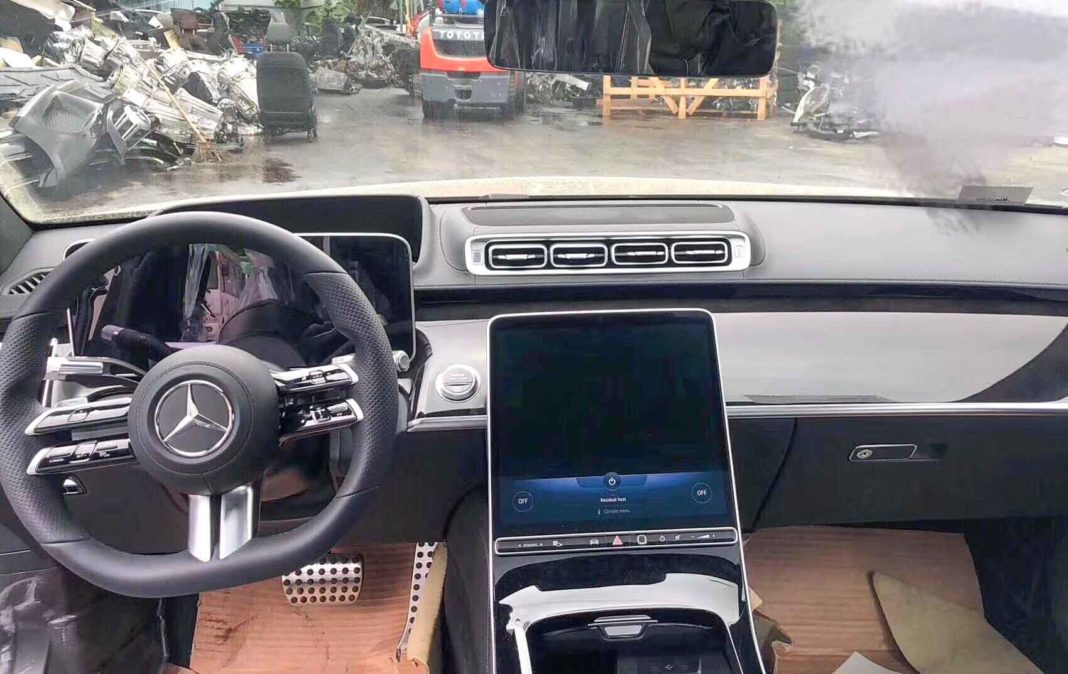 The current-gen Mercedes-Benz S-Class has been around since 2014, and it is no secret that the German luxury automaker is working on bringing a new-gen model of the car to the market next year, since the 2021 S-Class has previously been spied testing on a couple of occasions.

However, this time, the upcoming new-gen model of Mercedes-Benz’s flagship sedan has been spied with barely any camouflage, and this is the clearest set of images of the car we’ve seen yet. Both exterior and interiors shots of the car have been revealed.

Talking about its external design first, it looks similar to the upcoming E-class facelift that was revealed in March. It gets similarly-shaped LED headlights which are a tad bit sleeker, a large radiator grille with three horizontally placed chrome slats. The front bumper looks unique, but the front-end draws lots of similarities with the E-Class facelift. Barring the different design for the front bumper, the first picture of the new S-class’ face suggests it’ll look a lot like the updated E-class.

At the rear, the new S-Class gets sharp looking wraparound LED tail lamps that also reminds us of the refreshed E-Class. A thick chrome bar can be seen on the top of the tail lamps, running across the width of the car. Following the current market trend, Mercedes-Benz has equipped the car with two large chrome exhaust outlets, which make the saloon look sporty. 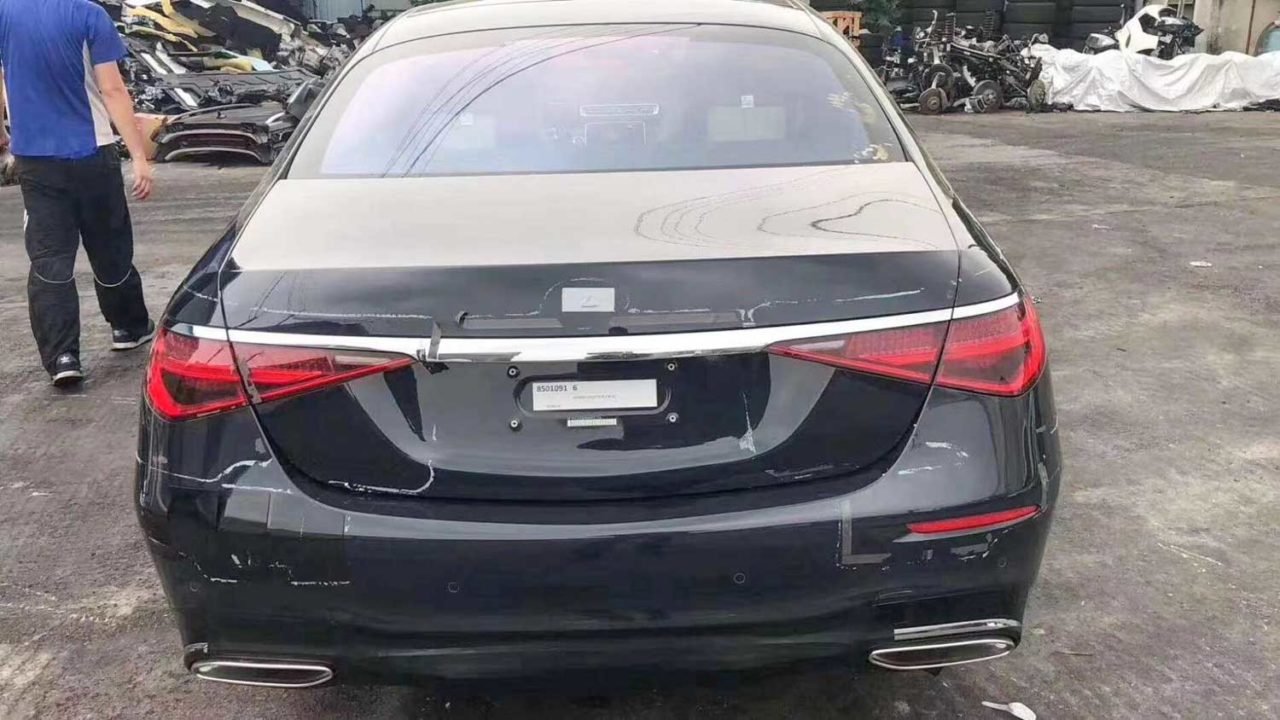 However, the biggest changes lie inside the cabin of the car, which have also been spied. The interior of the upcoming W223 S-Class looks far more futuristic than what we’ve ever seen on a Mercedes-Benz car. The dashboard design is kept minimal, but the new giant standalone infotainment screen takes the centre stage, replacing possibly every button on the centre console.

This infotainment system will be offered with the latest version of Mercedes-Benz’s MBUX system. A single row of buttons are placed at the bottom of the infotainment screen, while Mercedes-Benz has likely gotten rid of physical climate control buttons, and has incorporated them in the screen itself. Also on offer is a horizontally stacked free-standing display for the digital instrument cluster. Right behind the instrument cluster is what appears to be a housing for all the hardware for the driver-assist systems. 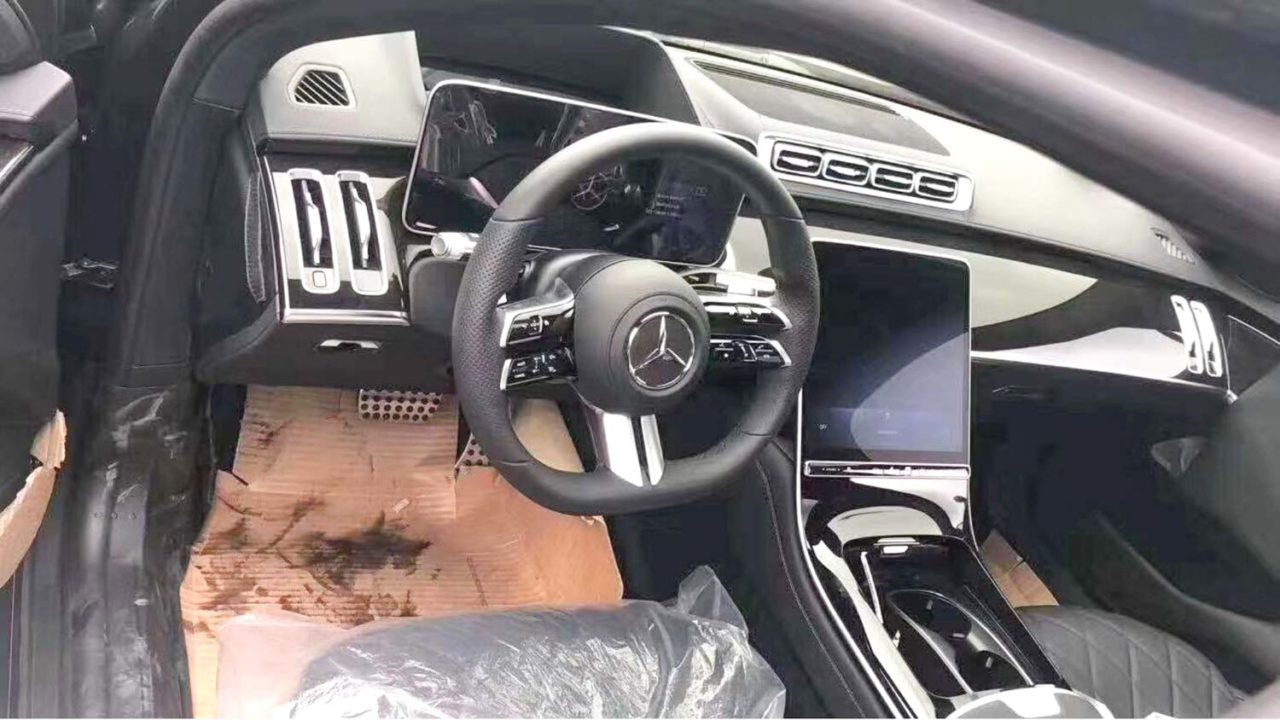 A total of eight AC vents can be seen at the front – four in the centre and two at either end of the dashboard. A new flat-bottom steering wheel is also being offered, and the horizontal spokes of the steering are divided into two individual spokes to incorporate additional touch controls, and make it look more aesthetic.