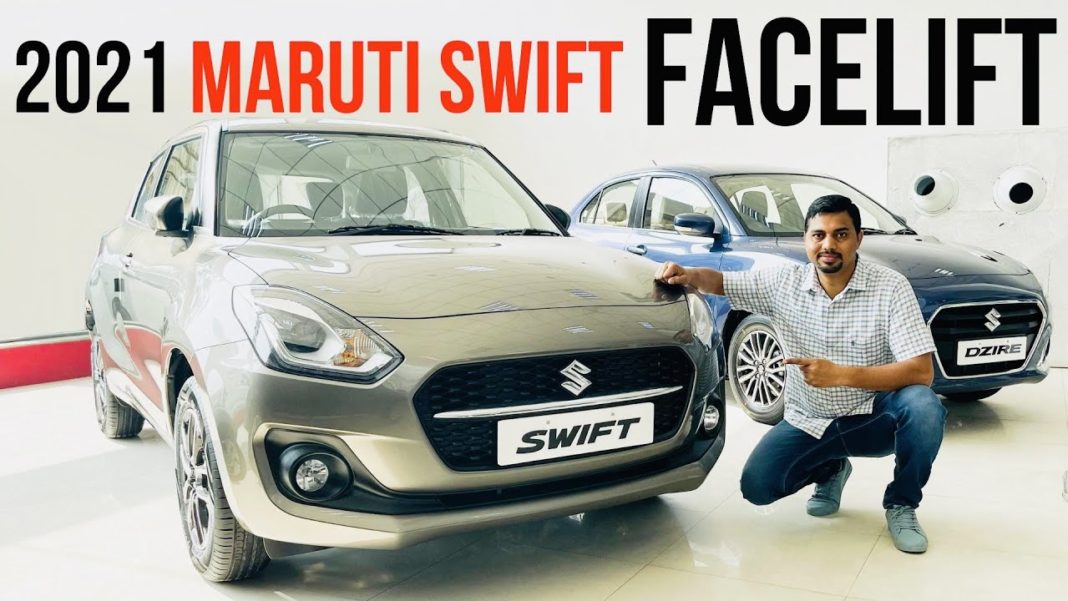 2021 Maruti Suzuki Swift only gets subtle cosmetic updates but the biggest change deals with a new 1.2-litre DualJet petrol engine

Maruti Suzuki India Limited (MSIL) launched the facelifted Swift only a few days ago and is priced between Rs. 5.73 lakh for the base petrol and it goes all the way up to Rs. 8.41 lakh for the range-topping variant (both prices ex-showroom, New Delhi). The third-generation compact hatchback went on sale in early 2018 and it has lived up to the expectations of its predecessors over the last three years.

The facelift has come about to stretch the lifespan of the existing model, which rivals primarily against Hyundai Grand i10 Nios. With limited design revisions, the 2021 Maruti Suzuki Swift gains a redesigned grille with chrome accents. The colour palette has been revised with the addition of three two-tone colour schemes in the high-end variant.

The largest carmaker in the country has added Pearl Arctic white with black roof, Solid Fire red with black roof and Metallic Midnight blue with white roof into the mix. The most important of the changes lie under the bonnet as the K-series 1.2-litre tried-and-tested engine has been replaced by a new 1.2-litre DualJet petrol mill that can also be found in the Dzire compact sedan.

More powerful by 7 hp compared to the outgoing engine, it develops a maximum power output 90 horsepower while the torque output remains the same at 113 Nm. The powertrain is connected to a five-speed manual transmission as standard while a five-speed AMT is offered as an option. Due to the presence of start/stop technology, the claimed fuel economy has gone up to 23.20 kmpl in the manual gearbox equipped variants.

The AMT trims have a claimed fuel efficiency of 23.76 kmpl. The cabin gains new seat fabric upholstery and a new audio head unit with new touch controls. It gives access to Bluetooth, USB and AUX connectivity. In our exclusive video linked above, we have explained about the 2021 Maruti Suzuki Swift in detail.