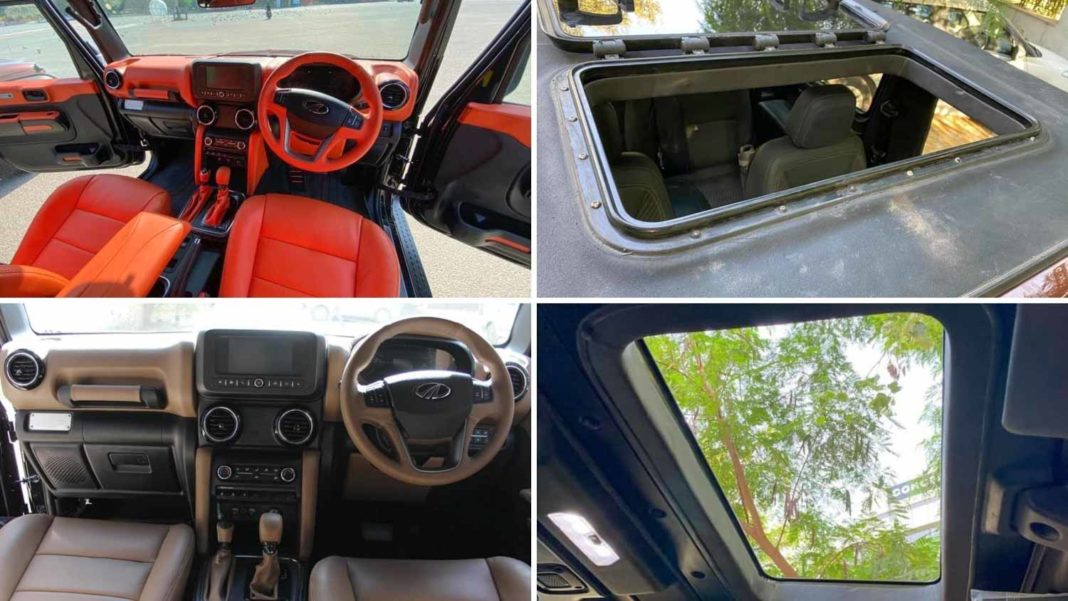 Mahindra & Mahindra launched the second-generation Thar in the Indian market in October last year, and the SUV has been enjoying a strong demand since. Despite the high waiting period, the Thar had already garnered over 39,000 bookings till last month. Interestingly, most buyers are choosing to modify their new Thar as soon as they lay their hands on it!

Plenty of custom garages and workshops across India have already prepared custom kits for the second-gen Thar, including off-road accessories, interior mods, etc. Bimbra 4×4 recently shared pictures of a custom interior kit, made of 100% original Nappa leather. The seat upholstery, steering wheel wrap, and gear lever wrap feature Nappa leather. Even the dashboard is leather-wrapped, which adds a premium touch to the cabin.

Other than that, we see leather inserts on the door panels, including the door armrests. Side armrests have been added for the rear seats as well, which feature leather wrap as well. The complete interior customisation cost ranges from Rs. 70,000 to Rs. 1 lakh, with different leather types and colours available, and the modification process takes one week. 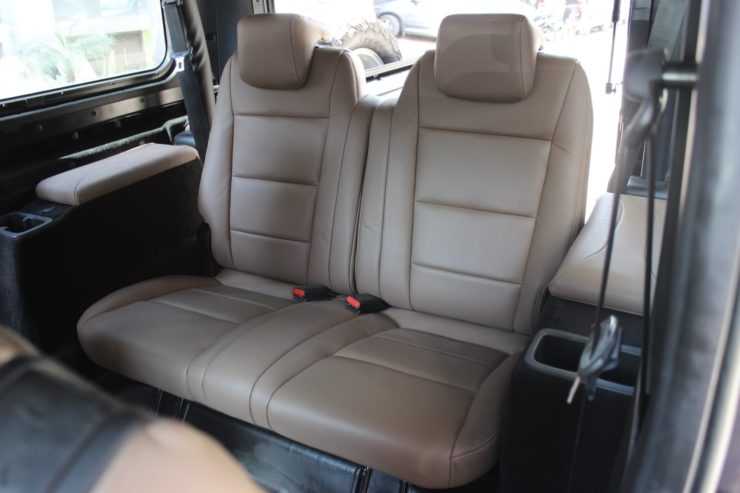 Also, buyers can choose which portion of their Thar they want leather-wrapped, instead of choosing the entire package, and the prices then vary accordingly. Other than that, an aftermarket sunroof is also available for the Thar. It’s a manually-operated sunroof, priced at Rs. 34,490, and the installation process takes four days. 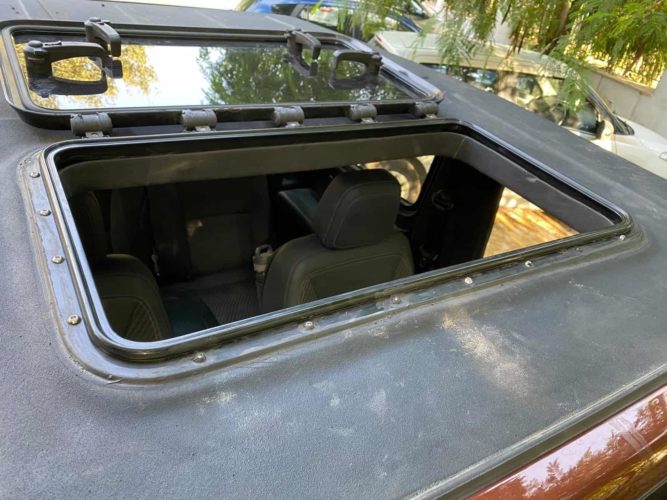 Both the engines are offered with two transmission options – a 6-speed manual and a 6-speed automatic gearbox. As standard, the Thar gets a part-time 4×4 system, with a manual transfer case that can shift on the fly between three drive modes – 2-High, 4-High, and 4-Low.