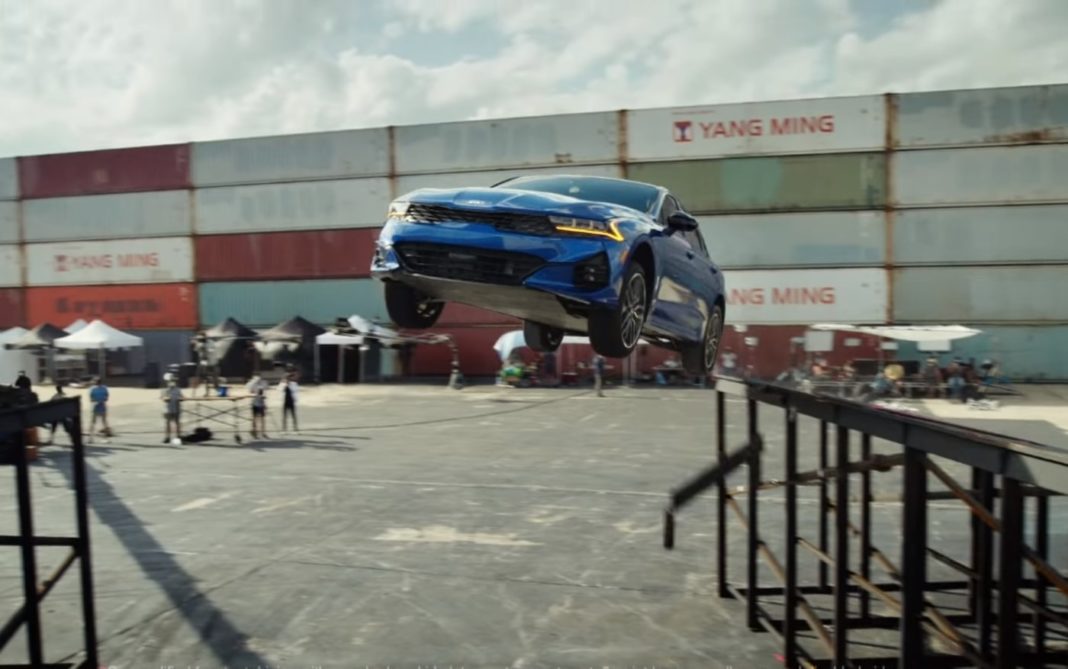 In its new commercial, the fifth-generation Kia Optima (or K5) makes a 360-degree turn in mid-air, after jumping off from a ramp

Over the years, carmakers have been trying to one-up each other, both on the tarmac and off it. We’ve seen some entertaining feuds play out in commercials, like between Audi and BMW, or Mercedes and Jaguar, along with a few brilliant standalone ones as well. Now, Kia Motors has gone the extra mile in order to grab eyeballs, with its latest video commercial for the new-gen K5 sedan.

The Kia K5 is a very docile vehicle, known for its comfort rather than sportiness. In this video, however, the vehicle performs a stunt worthy of the ‘Fast and Furious’ franchise – a flat-spin 360. Fans of Asphalt games may recognise this stunt; it involves a car drifting while jumping off a ramp, thus spinning while in air. In this video, high-speed cameras catch the mid-air drift in slow-motion, making this look even cooler!

The sedan’s landing wasn’t too smooth, and it bounces around before coming to grip. Still, we’re impressed that the car sustained no damage during this performance! Usually, such stunts are performed with extensively modified cars, but on this one, the mods seem fairly moderate.

The car features a new handbrake, a skid plate for the entire underbody, a 5-point harness, bucket seat, roll cage, and disabled airbags. There are reportedly no changes to the engine, transmission, or suspension! The video was shot to demonstrate the handling capabilities of the new Kia K5, and it certainly manages to get the point across! 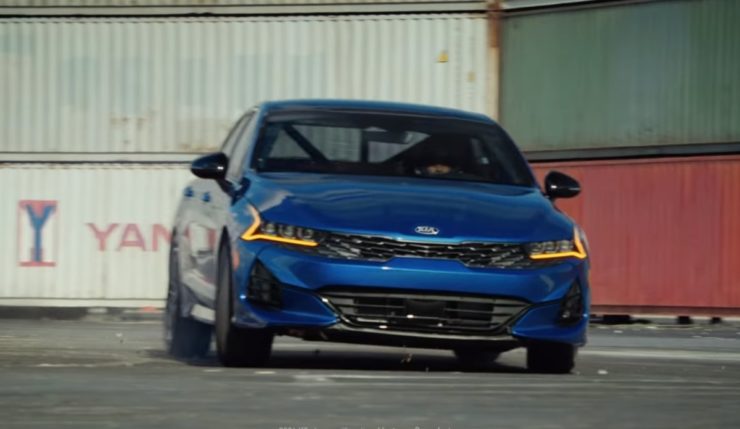 Powering the 2021 Kia K5 is a 1.6-litre turbo-petrol, which is capable of generating 180 HP of peak power and 264 Nm of max torque. It is paired to an 8-speed automatic, and is available in both front-wheel-drive and all-wheel-drive versions. There is also a more powerful ‘K5 GT’ model, which has a turbocharged 2.5-litre petrol engine. It belts out 290 HP and 421 Nm, and comes mated to an 8-speed DCT.