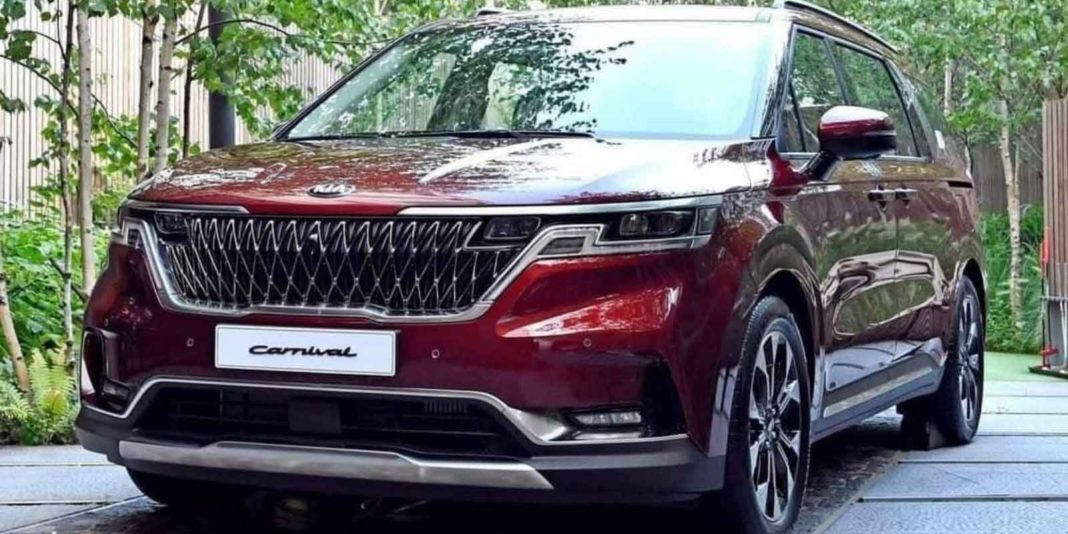 2021 Kia Carnival is sold with a 3.5-litre V6 petrol and a 2.2-litre diesel engine option; gets loaded with many premium features

The new Carnival made its world premiere recently and is sold in many international markets under the Sedona nameplate as well. The premium MPV has been on sale in India since the early stages of this year and is offered in three variants, one engine and one transmission choices. The fourth generation Carnival is expected to arrive in India sometime later next year or in 2022.

Journalists from different overseas media outlets had got their hands on the latest Carnival and the video linked here from Asian Petrolhead’s YouTube channel gives a fair indication of how the MPV has evolved in its generation shift. The journo went into detailing the new Carnival by explaining how different it is in size compared to the previous model.

In comparison, the MPV is longer than the flagship Hyundai Palisade SUV. Moreover, the evolutionary yet more upmarket design updates have not been given a miss either and it is no secret that the styling was heavily inspired by the latest crop of Kia SUVs sold elsewhere. The rear occupant space along with the planted feel of the family hauler were given a worth mention.

The host rued the fact that the new Carnival offers more features than the Palisade he owns besides having a more spacious cabin. The dual screen layout (a 10.25-inch touchscreen and a 10.25-inch digital instrument cluster) are some of the significant interior bits in the 2021 Kia Carnival and the instrument cluster display the camera feed kept for blind spot detection as well.

Other key features include adaptive cruise control, lane keep assist, different driving modes, ventilated seats, etc. The host of the video came out mightily satisfied with the handling of the Carnival especially around the corners. It is sold with a 2.2-litre diesel and a 3.5-litre V6 petrol engine, paired with an automatic transmission.

He had almost nothing to say negative about the 2021 Kia Carnival as improvements were made in every area to make it a better product than its previous version.