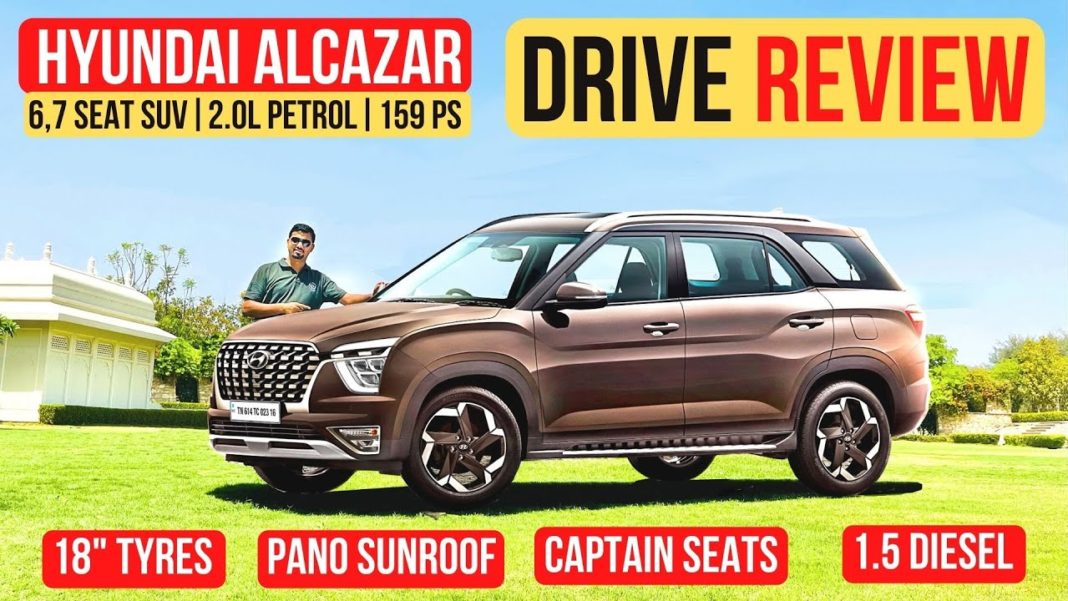 Hyundai Alcazar will be available in 6- and 7-seat configurations, and will get two engine options – a 2.0L petrol and a 1.5L turbo-diesel

Hyundai Alcazar recently made its official debut, and this upcoming SUV has managed to create a lot of buzz in the Indian market already. The Alcazar is essentially a three-row version of the Creta, with slightly longer dimensions to fit the third-row seats. We got our hands on the pre-production model recently, and here, we present to you our first drive impression of the new SUV.

The design of the Alcazar bears a lot of resemblance to the Creta, but there are a few changes all around. At the front, the Alcazar features a new grille, along with an updated bumper and repositioned fog lamps. The headlamps have the same vertically split design, but chrome elements have been added to it. The side profile is easily distinguishable, thanks to the longer length of the Alcazar. It has a 2,760mm wheelbase, which is 150mm more than the Creta

We also see 18-inch machine-cut alloy wheels here, which are larger than Creta’s 17-inchers. The longer rear section of the Alcazar gets a bigger rear quarter glass, and we also see a new pair of wraparound LED taillights. The tailgate has been redesigned, and the vehicle also gets dual exhaust tips and a new faux bash plate.

The Alcazar also gets a few more features compared to Creta, like 360-degree camera and disc brakes on all wheels. It will get a panoramic sunroof as well, just like the Creta. The vehicle will be available in both six- and seven-seater configurations, and the ingress/egress into the third row is quite easy, thanks to the tumble-down middle-row seats and side steps. Space at the last row, however, is best suited to children.

Hyundai will offer two engine options on this upcoming SUV. The first one is a 2.0-litre petrol engine, which is capable of generating a peak power and torque of 159 PS and 192 Nm, respectively. The second one is a 1.5-litre turbo-diesel motor from the Creta, but in a different state of tune. Transmission choices will include a 6-speed manual and a 6-speed automatic gearbox. The driving dynamics are surprisingly nice, with well-contained body roll. 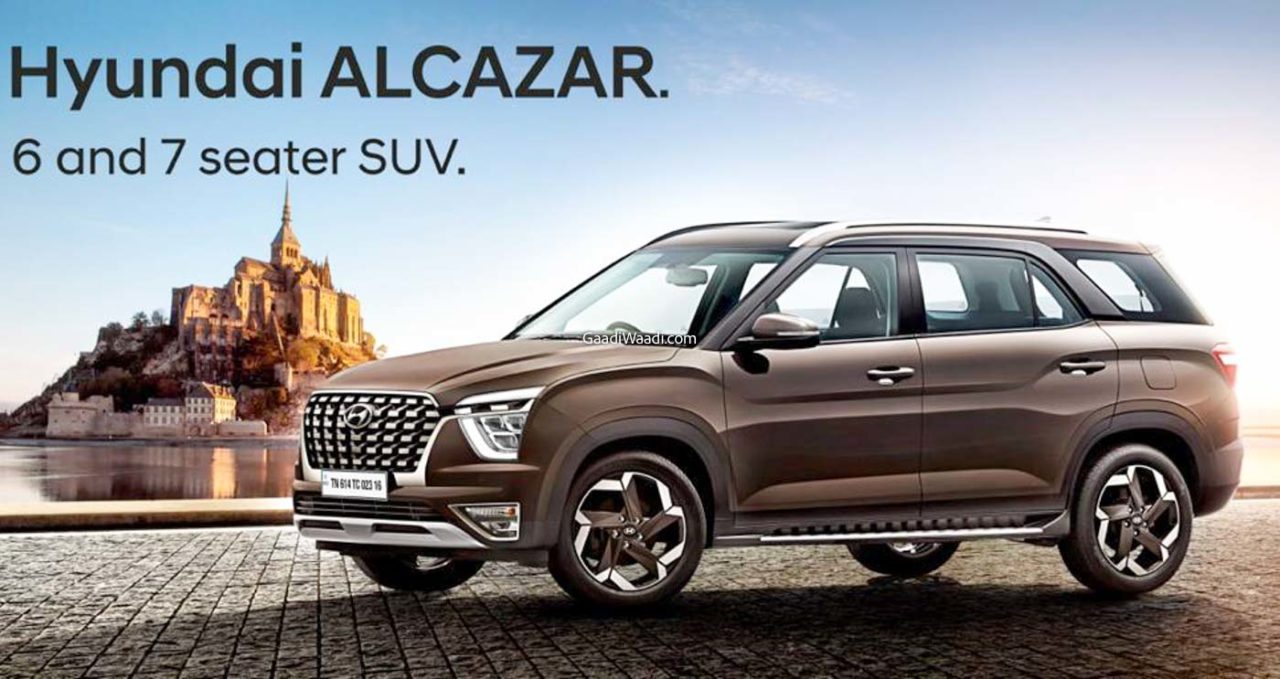 Hyundai Alcazar is expected to launch in India in the coming weeks, and will likely be priced between Rs. 13 lakh and Rs. 20 lakh. Its closest competitors will be Mahindra XUV500 and Tata Safari, and the Alcazar will also serve as an alternative to a few MPVs, including Maruti Ertiga, Mahindra Marazzo, and even Toyota Innova Crysta. We will also share our complete drive review of the Alcazar soon, so watch this space!