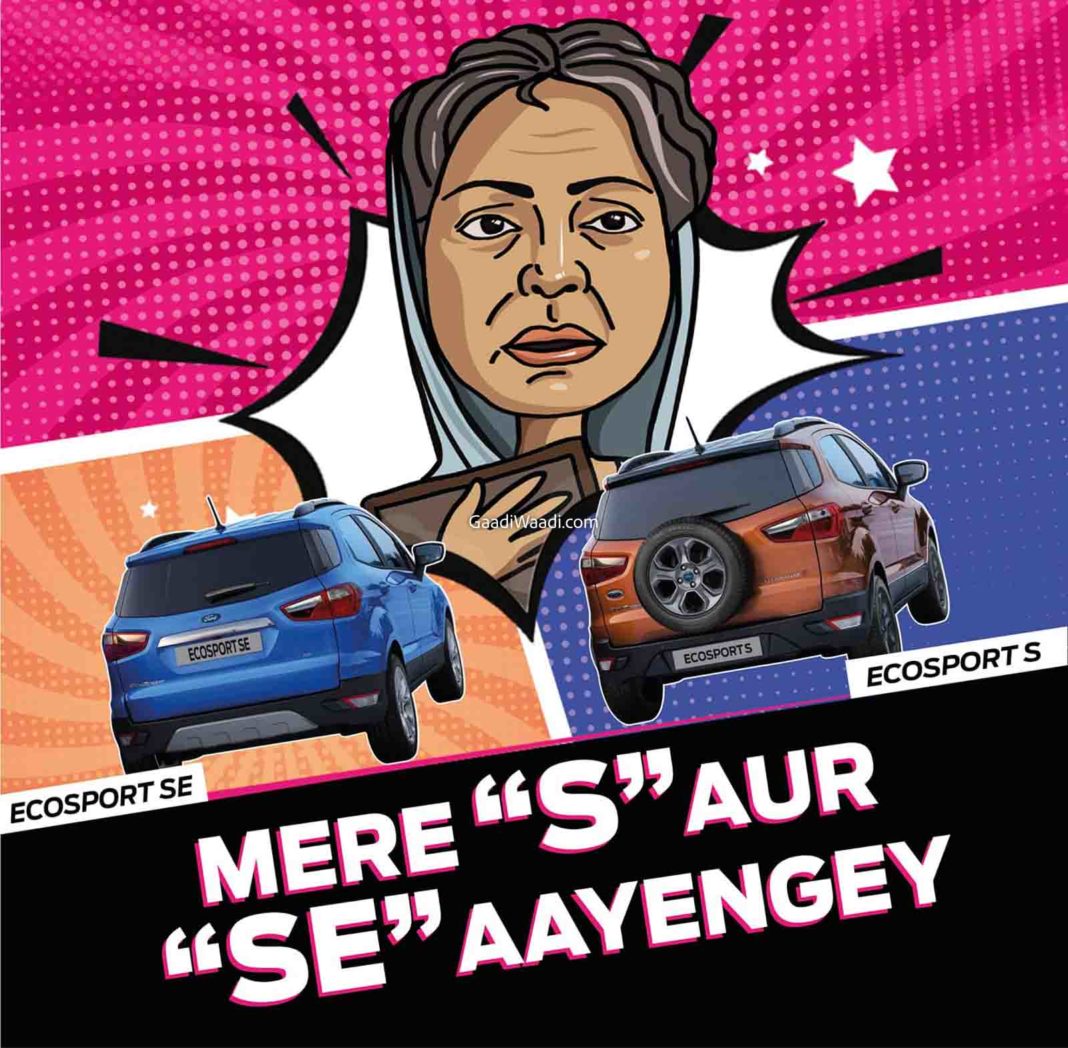 Ford has released a teaser for the upcoming ‘SE’ variant of the EcoSport, which is expected to launch in India on 3rd March 2021

Ford India is planning to add a new variant to the EcoSport range, named ‘SE’, and a teaser for the same was recently released online. Here, we can see that the ‘SE’ variant does away with the tail-mounted spare wheel, as we had reported earlier, and it also features a few other minute changes.

The number plate holder on the EcoSport SE has been moved up to the tailgate, and it gets a horizontal chrome slat above it. Also, the rear bumper gets a faux bash plate, finished in silver, which looks quite cool. There are no other changes to the design, as confirmed by our spy pictures. Also, according to our sources, the ‘SE’ trim will be positioned between the Titanium and Sports trims.

As per the caption of the teaser, the SE variant will be based on the top-spec S’ trim (or Sports trim) of the EcoSport, but it won’t get the blacked-out alloy wheels or the blacked-out roof. As seen here, and also in the spy pictures, the SE trim will get a body-coloured roof and silver-finished alloy wheels.

As for the powertrain options, they will remain unchanged; Ford EcoSport is available with two engine options in the Indian market. The first option is a 1.5-litre, naturally aspirated, inline-3 petrol mill, which is good for 123 PS and 149 Nm of peak power and torque, respectively. The second one is a 1.5-litre, turbocharged, inline-4 diesel motor, which develops 100 PS and 215 Nm. 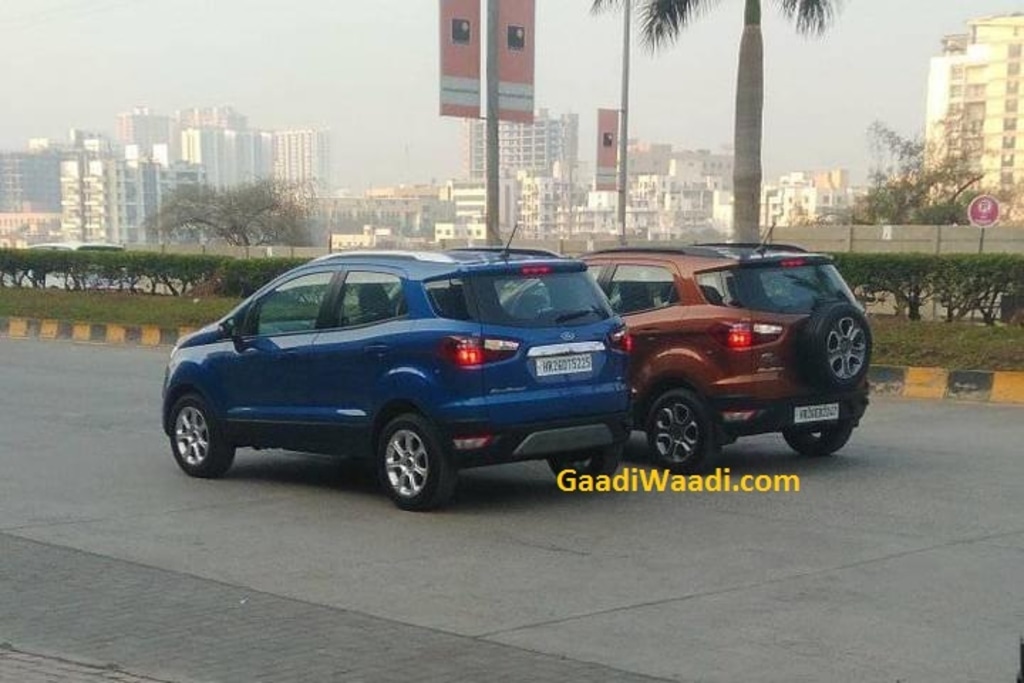 A 5-speed manual gearbox is offered as standard, and buyers can opt for a 6-speed automatic gearbox with the petrol engine option. As per our sources, the 2021 Ford EcoSport SE is likely to launch in the Indian market on 3rd March 2021.