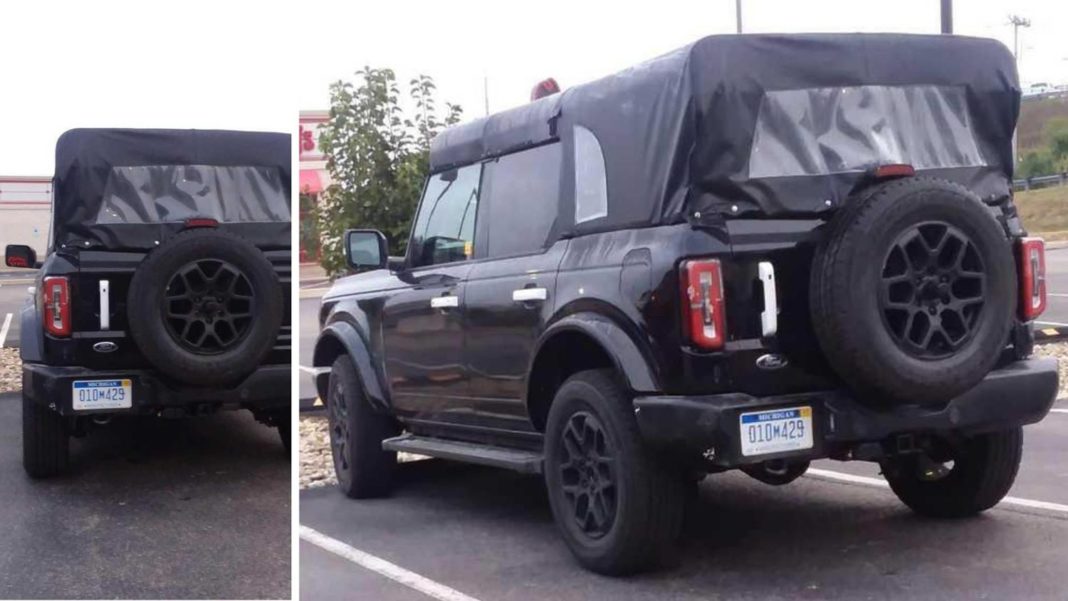 The 2021 Ford Bronco to rival the Jeep Wrangler in the United States, and will be priced from Rs $30,000 (Rs 22 lakh approx.) onwards for the entry-level two door version

Ford officially took the wraps off the all-new 2021 Bronco and the 2021 Bronco Sport a few weeks ago, and the dedicated off-roaders have received an enthralling response from people all around the world. This is evident by the fact that Ford was able to garner over 1.65 lakh bookings for the SUVs in the United States alone.

While the smaller Bronco Sport comes with a fixed roof, the full-size Bronco comes with a series of removable roof types, including a standard three-piece hardtop, which will be available with the two-door models; a standard soft top on four-door variants; as well as two different four-piece hardtops – one for each body style.

However, a Ford Bronco has now been spotted wearing a weird looking roof, which looks like it’s hiding something underneath. The car has been spotted in a parking lot wearing camouflage, which extends across the entire length of the four door SUV’s roof. This could possibly be another roof type that the carmaker is yet to reveal. 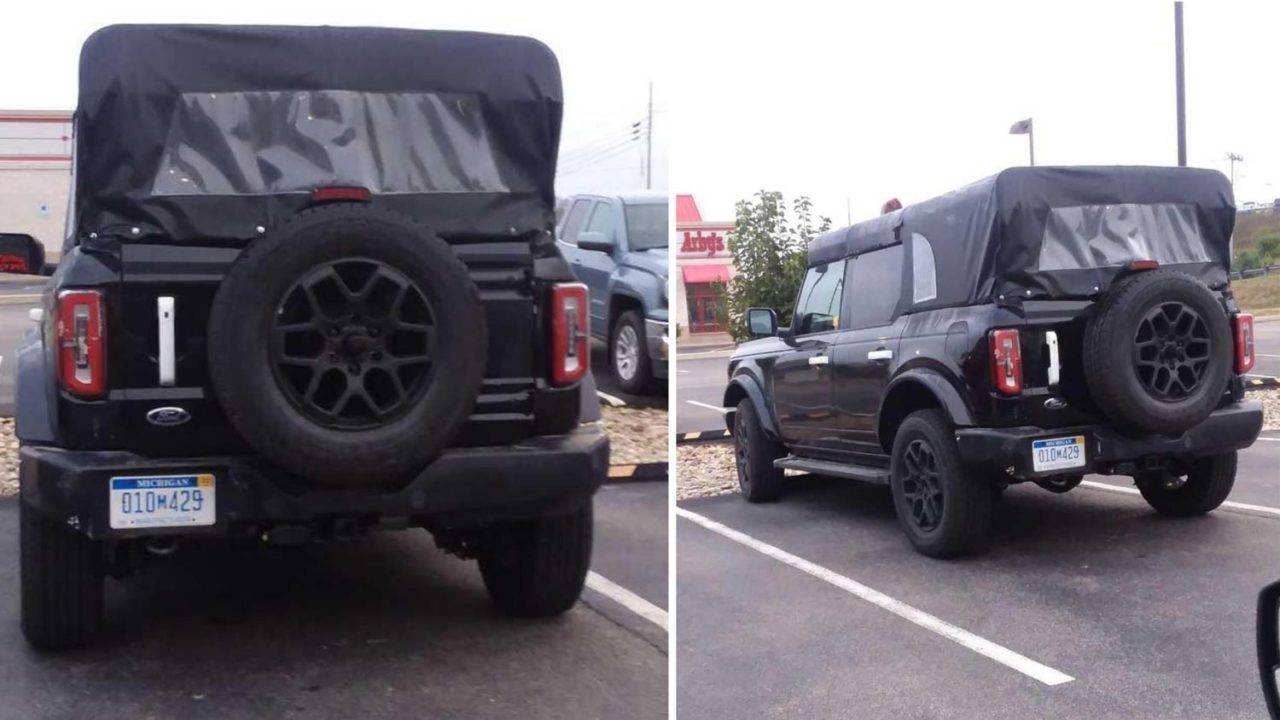 A report by Muscle Cars and Trucks suggests that this could be a power retractable soft top, and while the prototype’s roof doesn’t have the retracting mechanism visible, that is exactly what the camo could be hiding. This is also supported by the fact that there is a big bulge at the back of the camouflage roof, which is probably the part where the roof is stored once retracted.

Talking about the upcoming 2021 Bronco, it will be offered with a 2.3-litre turbocharged four-cylinder EcoBoost petrol engine that generates 270 hp, as well as a 2.7-litre EcoBoost V6 twin turbo petrol engine on the higher trims, which will have a max power output of 310 hp, and a peak torque rating of 542 Nm. The transmission options will include a 7-speed manual gearbox with crawler gear, as well as an optional 10-speed SelectShift automatic with Trail Control.