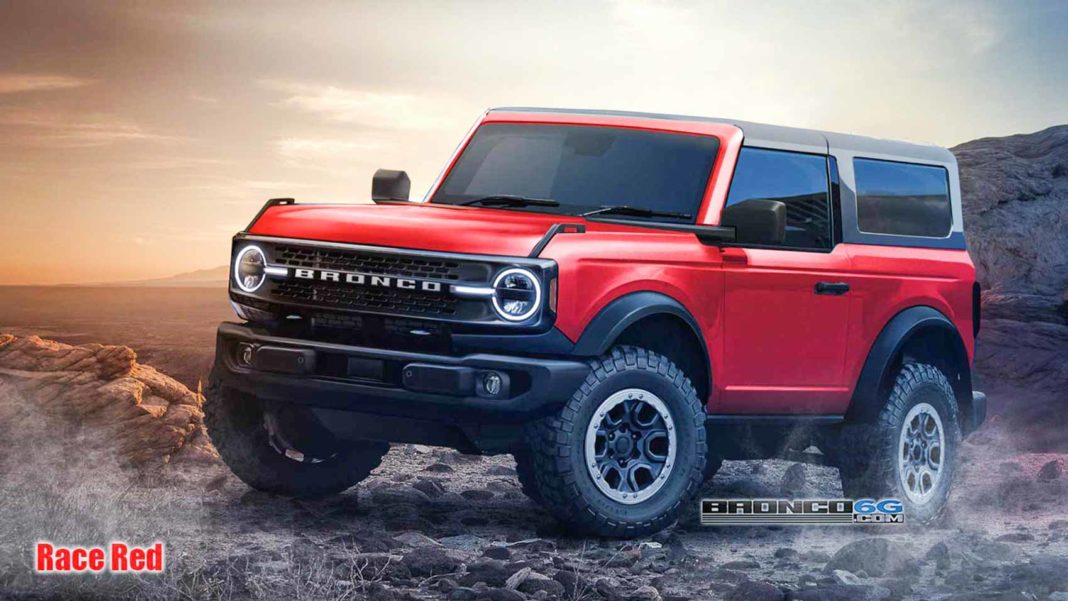 2021 Ford Bronco was expected to make its debut this year at the 2020 Detroit Auto Show, however, the show got cancelled and the unveil has been delayed

The Bronco is a model line of SUVs that were manufactured and marketed by Ford from 1965 to 1996. After over two decades, test mules of a new Bronco started appearing on test, and Ford ended up confirming that the new-gen Bronco was being developed, and would hit the dealerships in 2021.

Now, people at Bronco6G.com have imagined assortments of the colours that will be available with the 2021 Bronco, and rendered them in both 2- and 4-door formats. In addition, the renderings also show off the SUV’s white grille, white fender flares, along with a white removable roof. 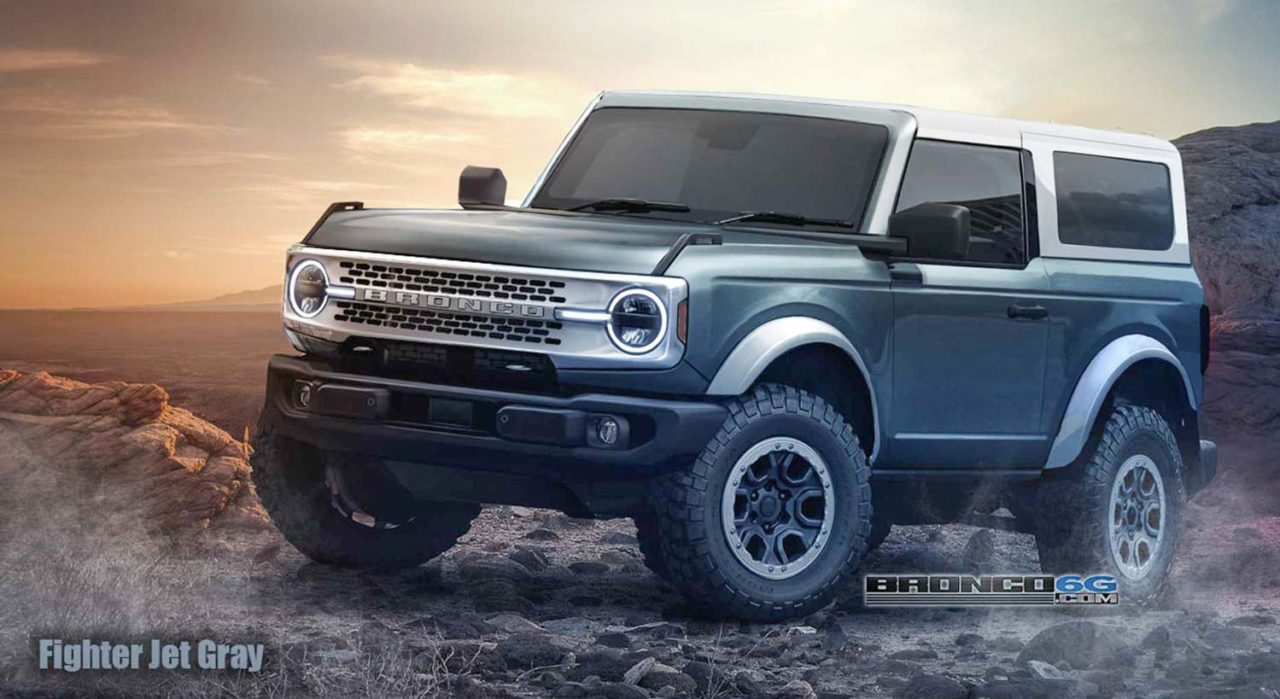 A previous report also suggested that the Bronco will be offered with three different grille designs called Modern, Classic, or Custom. However, Ford may end up changing their names before the SUV goes on sale. We’ve probably already seen the ‘Modern’ one in the leaked photos – the black grille with the bold BRONCO lettering in the middle.

Ford was expected to debut the new Bronco at the Detroit Auto Show in early June this year, but the show got cancelled. However, Ford confirmed last week that the company will still be revealing the new SUV this spring. Apart from the Bronco, Ford will also be launching a smaller version of the SUV called Bronco Sport. 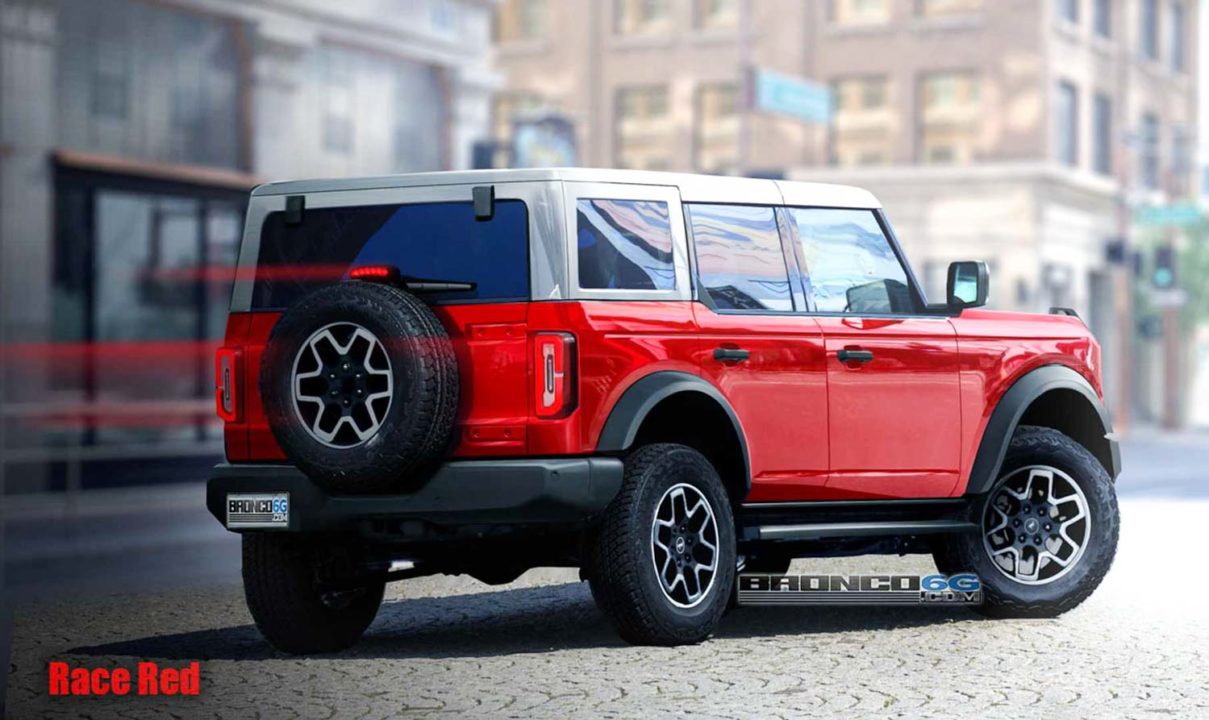 The Bronco Sport will be based on the same platform as the new Ford Escape, while it will be sharing its boxy and rugged design with its bigger sibling, the Bronco. The Bronco Sport could be offered with both front- and all-wheel drive configurations, however, Ford is yet to confirm the news.