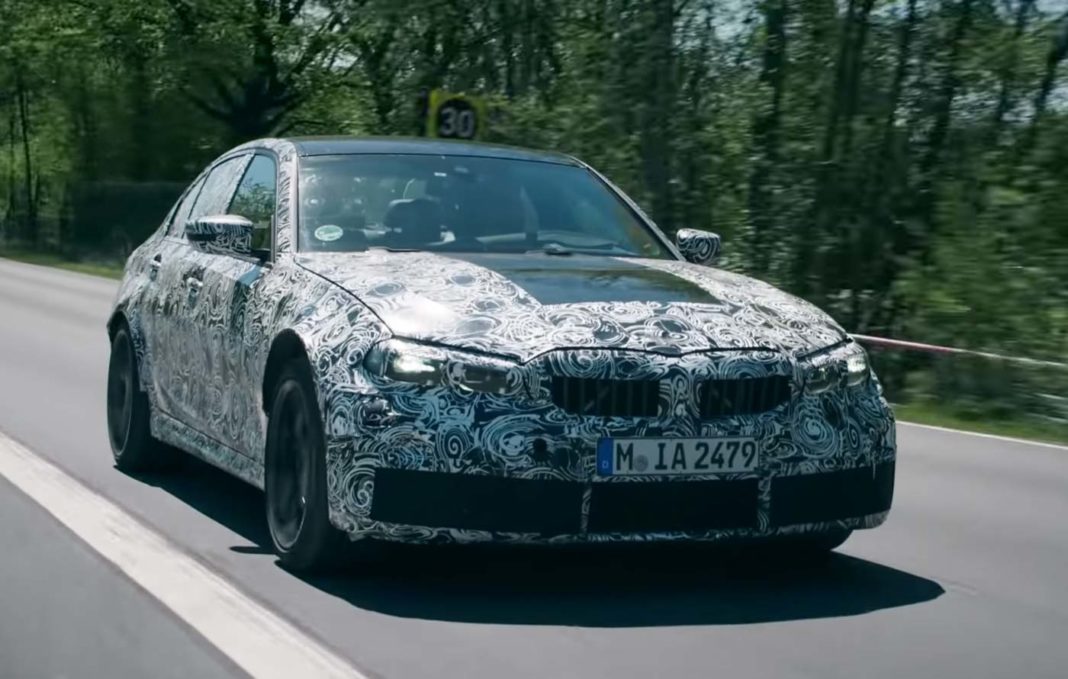 BMW has released an official teaser for the 2021 BMW M3 via BMW M’s official YouTube channel, the video shows the car being tested at the Nürburgring

When BMW launched the seventh-generation 3-series sedan (G20) in 2019, everyone expected the performance ‘M’ version to follow soon. Now, BMW has released an official video showcasing the highlights of the upcoming M3, explained by Christian Flessa and Peter Schmid, Head of Driving Dynamics at BMW M and Head of Driving Dynamics for M3/M4, respectively.

In the video, we see that the upcoming BMW M3’s driving dynamics have been developed in quite a sophisticated manner. While a majority of the testing takes place at the Nürburgring Nordschleife, the test car was also subjected to bumpy country roads.The contrast in the two testing conditions ensures that the new M3 will have a great balance between handling and ride comfort. According to Flessa, the test car is a pre-production model, with only fine-tuning remaining.

The 2021 BMW M3 will be available in a rear-wheel-drive as well as in an all-wheel-drive format. Recent reports suggest that the RWD model will sport the ‘Pure’ monicker, while the other will simply wear the ‘xDrive’ badge. The former will debut first, probably during the first half of 2021, and will be available with a manual gearbox! The latter will be launched in mid-2021, and will only have an automatic gearbox on offer. This will be the first BMW M3 ever to sport an AWD drivetrain.

Powering the new M3 will be a 3.0-litre, twin-turbo, inline-6 petrol engine. This motor is expected to generate a maximum power output of more than 480 PS and a peak torque of 600 Nm. The ‘xDrive’ AWD system will make driving on low-friction surfaces, such as wet roads, snow, ice, etc., quite a breeze. The system is quite sophisticated, being able to sense the traction between the tyres and road, and then adapting accordingly.

This pre-production test model seems to be quite a hoot to drive around the Nürburgring, and we expect the regular production model to be as fun to drive on highways and open roads. We expect BMW to launch the car in India as well, shortly after the car’s launch in major international markets like Europe and the US. Upon launch, the BMW M3 shall compete against the likes of Mercedes C-Class AMG and Audi RS4.