Maruti Suzuki India Limited (MSIL) is all pumped to introduce the facelifted Vitara Brezza in the domestic market and a launch looks to be scheduled on February 24. It follows the debut of the updated Ignis a few days ago and both were showcased for the first time at the 2020 Auto Expo in Greater Noida earlier this month.

The Vitara Brezza has been on sale in India for more than four years and during its tenure, it received only mild updates. The 2020 version is the substantial of them all but is not a radical departure. It comes as part of expanding the lifecycle of the existing SUV. The Global C platform based Vitara Brezza gets a redesigned front fascia this time around.

It is equipped with sharper projector headlamps with integrated LED Daytime Running Lights, restyled grille section with more prominence, updated bumper with new fog lamp housing and wider air inlet. The side profile remains identical, as does the overall boxy silhouette of the five-seater except for the addition of newly designed 16-inch alloy wheels.

The rear gains updated LED tail lamps and a new bumper while the blackened pillars, grey roof rails and mainly the faux skid plates up front and rear enhance the SUV appeal of the Vitara Brezza. The sub-four-metre SUV won’t have any changes to the dimensions and it will continue to be offered in two-tone paint schemes.

On the inside, no major changes have been made barring the presence of the latest SmartPlay touchscreen infotainment system with Apple CarPlay and Android Auto connectivity. The cloud-based functions enabled help in live traffic and vehicle alerts and voice recognition is also added to the package. 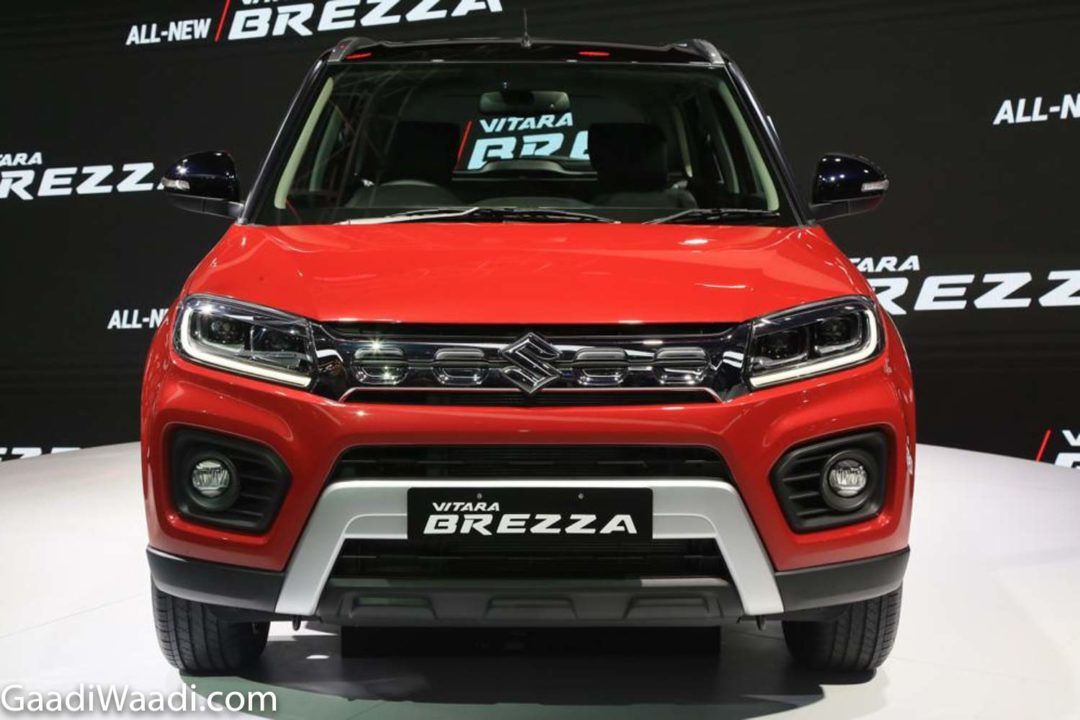 As for the performance, the 2020 Maruti Suzuki Vitara Brezza uses a BSVI compliant 1.5-litre K-series four-cylinder petrol engine kicking out 104.7 PS at 6,600 rpm and 138 Nm of peak torque delivered at 4,600 rpm. It is paired with a five-speed manual transmission as standard while a four-speed torque converter AT will be offered as an option.