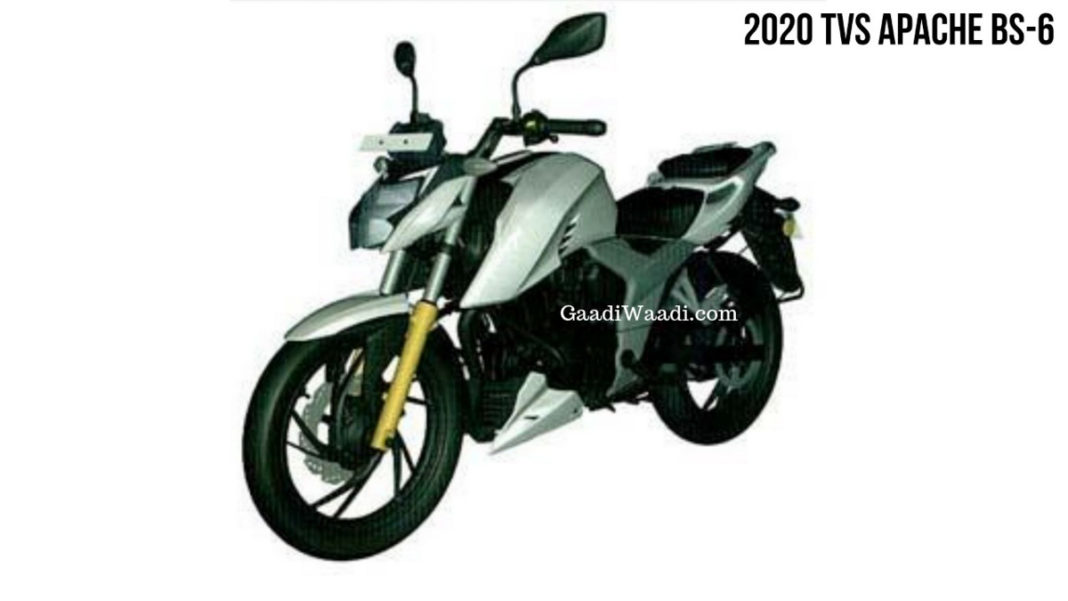 TVS Motor Company is preparing to introduce the updated Apache RTR 200 4V and as the leaked image suggests, it will come with noticeable styling changes as well as feature updates. The most significant change in the facelifted Apache RTR 200 4V appears to be the refreshed headlamp cluster as it gets bolder lines on either side of its chin with sporty creases.

The sharper-looking LED headlamp is accompanied by the restyled LED Daytime Running Lights. Reports indicate that the homegrown manufacturer will introduce at least two new colour options into the mix. The updated Apache RTR 200 4V and 160 4V had already been spotted running trials on Indian roads and the leaked image shows that the former is indeed production-ready, just as the latter presumably.

It is believed that the 2020 TVS Apache RTR 200 4V will have a new instrument cluster and it will have Bluetooth connectivity enabling features like turn-by-turn navigation to have a clear edge over rivals such as Bajaj Pulsar NS 200. A dedicated smartphone application will also reportedly be available to connect to the naked street-fighter’s interface.

As for the powertrain, it uses a 197.75 cc air- and oil-cooled, single-cylinder, four-valve, SOHC engine with fuel injection technology. It is good enough to produce a maximum power output of 21 PS at 8,500 rpm and 18.1 Nm of peak torque delivered at 7,000 rpm. The major mechanical change will more likely be the existing motor upgraded to meet the stringent BSVI emission regulations coming into effect in April 2020.

As has been the case, it will be connected to a five-speed transmission. The performance numbers could differ due to the upgrades involved in BSVI compliance. It will continue to be suspended on telescopic front forks and adjustable monoshock rear suspension. Moreover, the regular petal-type disc brakes will stay put in action alongside dual-channel ABS system.

TVS could use the positive buying sentiments that generally exist during the festive season to lure in new customers. Thus, the 2020 Apache RTR 200 4V and its updated 160 sibling could go on sale by October or November this year.