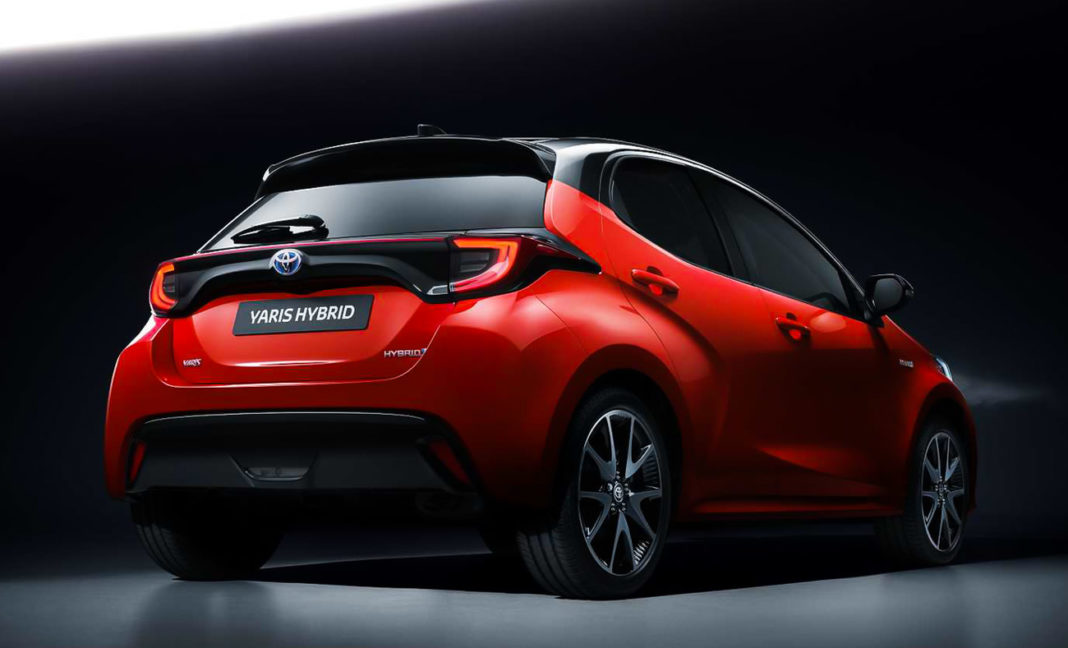 If you want to recall an eccentric Toyota in recent times, you probably would end up with the C-HR. However, the new generation Yaris will top that with its mean outlook and plenty of changes to boast about. Toyota has officially revealed the JDM-spec and Europe bound all-new Yaris hatchback and is based on the widely used TNGA architecture.

The fourth-generation Toyota Yaris holds a special place as it’s the first subcompact model to use TNGA through a modular platform dubbed the GA-B and it has certainly leveraged Toyota engineers to go all-in on the design, mechanical, safety and interior fronts. It is 5 mm shorter in length and 40 mm shorter in height while the wheelbase and width grow by 50 mm each.

The kerb weight has also been reduced by 50 kilograms while the exterior changes are nothing short of revolutionary for the nameplate. The wide gaping angular front grille appears to consume in a lot of air and is complemented by a newly designed fog lamp housing and a pair of sleeker headlamps with integrated LED DRLs. The black finished pillars, roof and wing mirrors alongside bigger wheel arches, new bonnet and wheels further emphasise its sporty character. 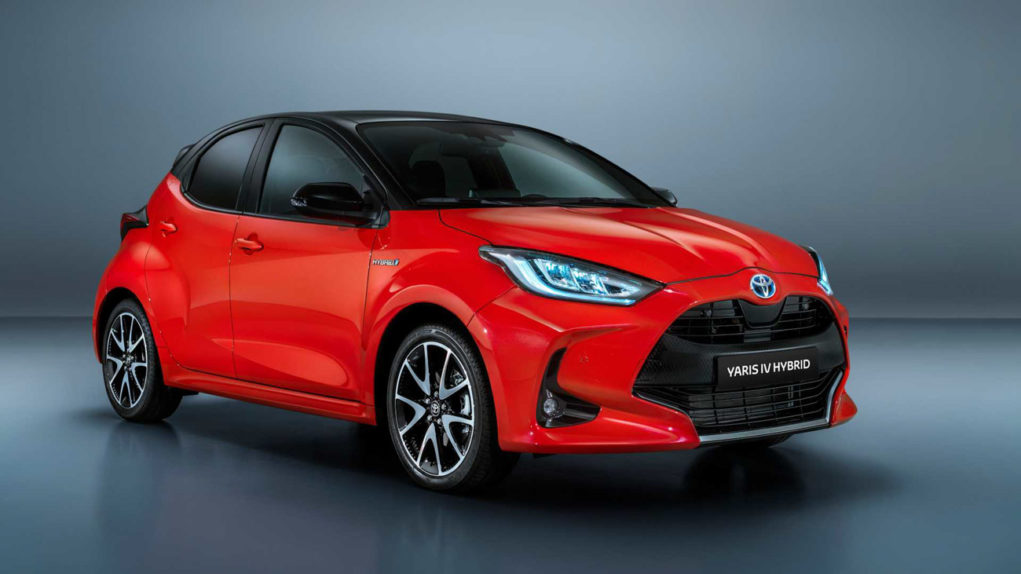 The rear gets boomerang-styled LED taillamps, single-piece trunk lid, roof-mounted spoiler and shark fin antenna. The bigger dimensions should ensure a roomier cabin that comprises of high-quality material finish and soft-touch instrument cluster. Toyota has elevated the upscale nature of the 2020 Yaris with less use of physical buttons and an all-new dashboard and centre console.

The dashboard and steering wheel are positioned in such a way to offer good road visibility. The features list contains 10-inch coloured HUD, wireless charger, heated steering wheel, ambient lighting, TFT MID, a large touchscreen infotainment system and so on. The subcompact hatch will be sold in a number of powertrain options depending on the market requirements. 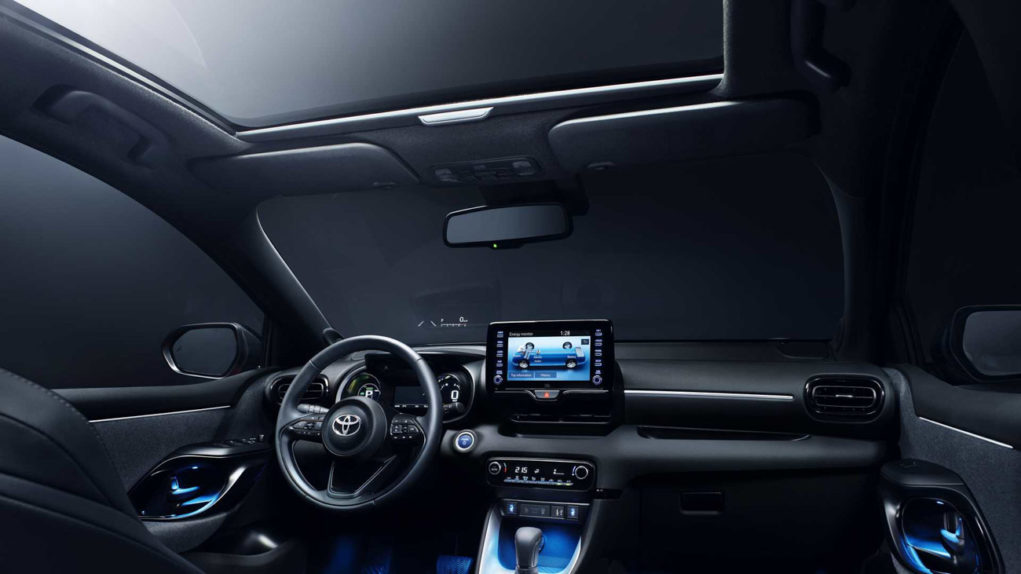 It includes a more powerful 1.5-litre Dynamic Force three-pot petrol engine working on Atkinson cycle and is paired with a 79 horsepower electric motor and a lighter Li-ion battery. The combined power output stands at 113 horsepower and is claimed to be more frugal and emit less CO2 by 20 per cent. In Japan, the hybrid engine is mated to an electric 4WD system.

The hybrid system uses the same self-charging technology found in the latest RAV4, Camry and Corolla. The regular 1.5-litre petrol and 1.0-litre petrol are other powertrain choices. By being lighter, Toyota has improved the handling characteristics of the 2020 Yaris and it has lower centre of gravity. 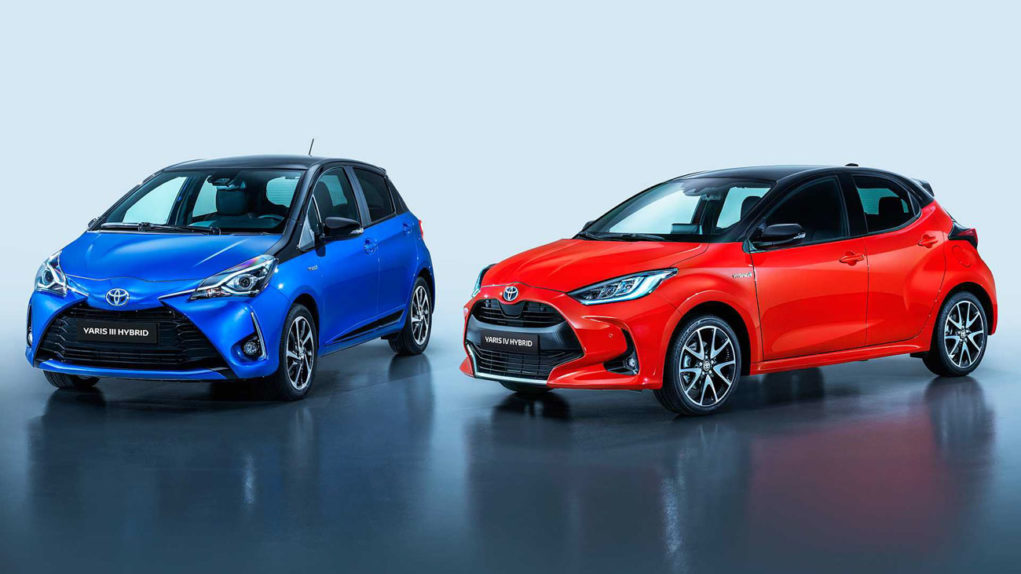 It will continue to be manufactured in France for European customers while Japan will cater for Asian markets. The higher degree of safety meant it gets Toyota Safety Sense pack as standard. Toyota wants it to be the safest supermini in its segment and thus offers intelligent adaptive cruise control, central airbag, lane trace assist and so on.