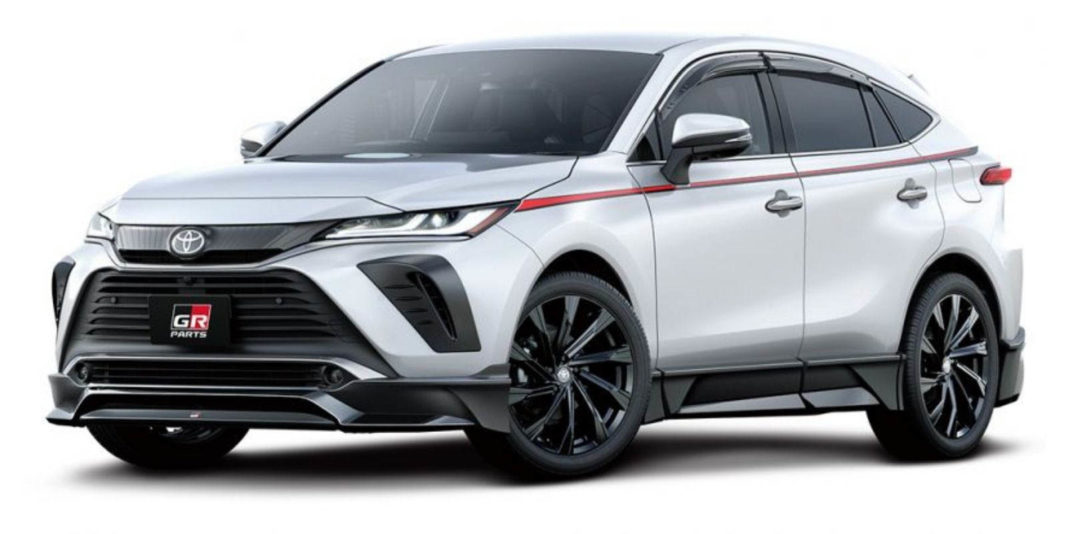 Toyota’s Customizing & Development division takes care of the in-house TRD and Modellista brands alongside GR (Gazoo Racing) parts for passenger cars including Harrier, Yaris Cross and Hilux. Both the new generation Harrier sold in the international markets, as well as the Yaris Cross, have been well received among customers, mainly in their home market of Japan.

The Harrier’s sophisticated urban design complemented by the appealing edges and curves definitely give a good road presence to the SUV. Debuted back in June 2020, the Harrier remains a top attraction among buyers for Toyota, and to capitalise on the momentum, GR parts have been prepared for the model. It should not be confused with the GR Sport of the old-gen Harrier.

In just a month, the reservations for the Toyota Harrier soared to more than 45,000 and the GR parts are installed at the dealerships to further enhance its visual appeal. It can also be individually customised based on the preference. It comes equipped with blacked out bumper and front bumper garnish, chrome splitter like elements, side skirts and rear bumper spoiler. 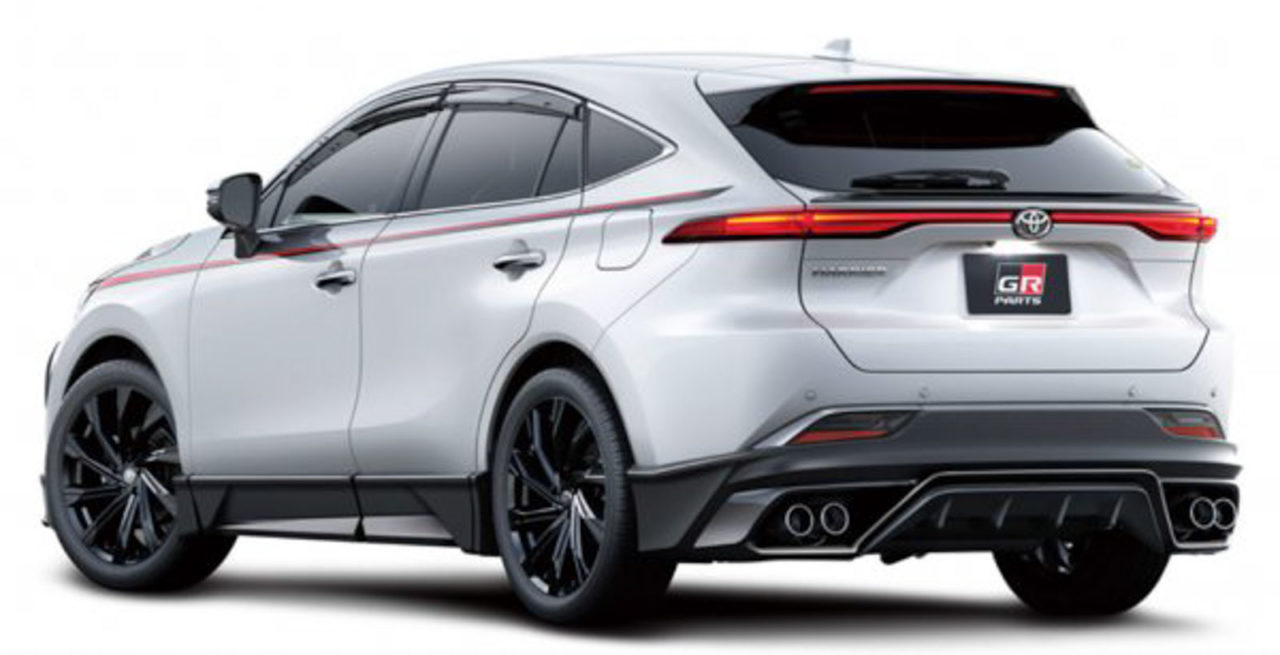 The rear bumper features larger diffuser in a different design alongside an aggressive exhaust muffler. The contrast red GR accents, exclusive black alloy wheels, and red stripe running along the sides are other notable additions. The whole set of aero GR parts cost 413,600 yen (Rs. 2.87 lakh). Besides the GR parts, the Harrier can also be had in Gran Blaze Style and Avant Emotional Style from Modellista firm.

The former has an upmarket sporty character on the design front courtesy of the skirts up front, side and the rear with metallic grey or chrome accents, quad exhaust tips, illuminated LED front grille, chrome-trimmed bonnet, mirrors and tailgate while the latter concentrates on offering an elegant package with. As standard, the fourth-generation Toyota Harrier (also sold as Venza in North America) is offered in multiple variants. 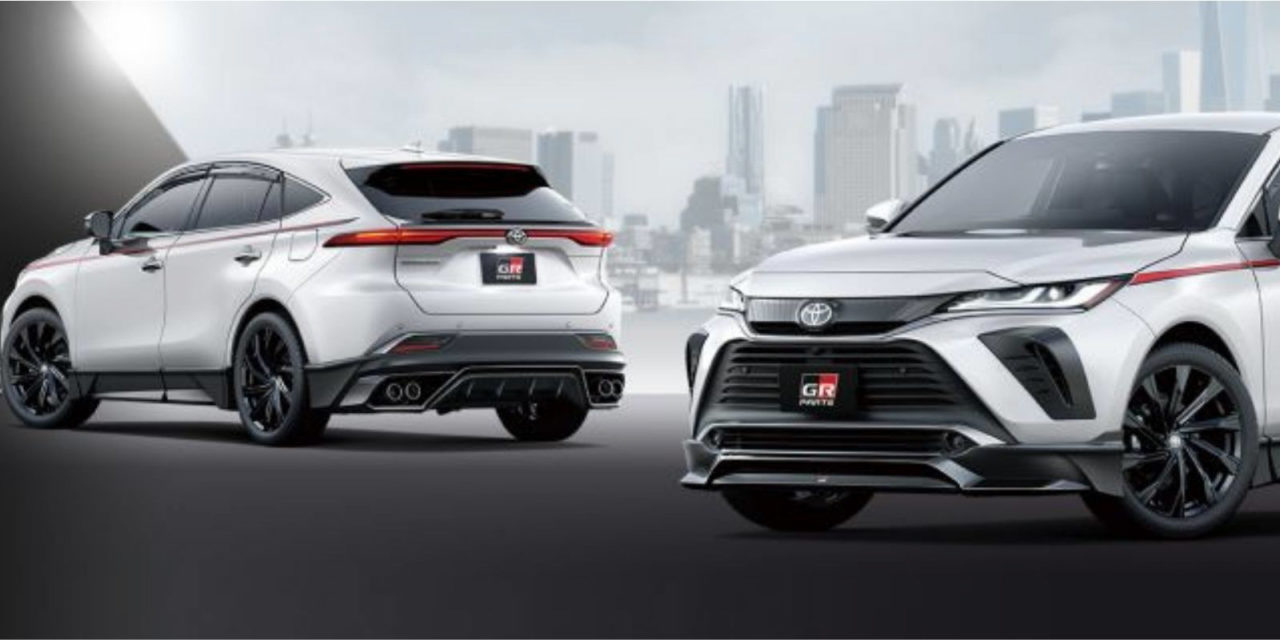 Based the same TNGA-K architecture as the RAV4, the upmarket SUV is powered by a 218 PS producing hybrid drivetrain and a 2.0-liter naturally-aspirated Dynamic Force petrol engine churning out 171 PS and 207 Nm of peak torque, paired with a CVT.