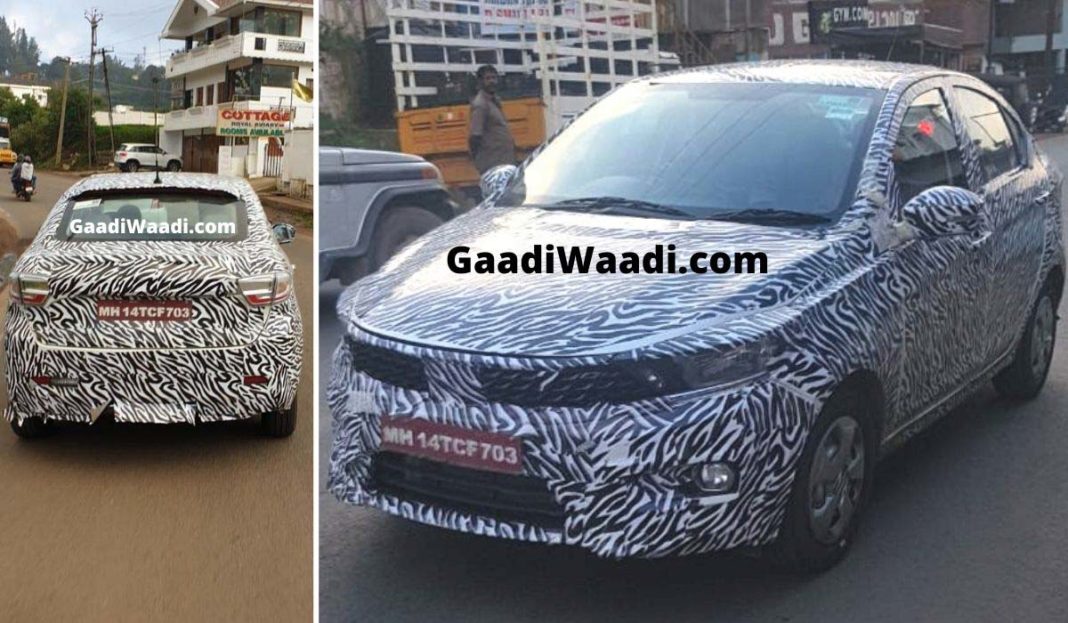 Tata Motors introduced the Tigor sedan back in early 2017 and it has been a decent seller in the sub-four-metre segment. While the Tigor could not get the better of Honda Amaze and Hyundai Xcent, it often finds itself as the four most sold sedan in its space but its volumes have decreased noticeably in recent months.

The homegrown automaker brought a mild update to the Tigor range late last year and it helped the sedan to reestablish itself but not to a greater extent. Tata appears to be regularly wanting to update its Impact Design based products as the Tiago, Tigor and Nexon are in line to get their first major facelifts.

The 2020 Tata Tiago has already been caught testing just like its other two siblings and the new spy shot we have posted here reiterates the forthcoming changes. The test mule looks to be in its base trim going by the presence of the steel wheels and it gets nearly identical cosmetic updates as its hatchback sibling. 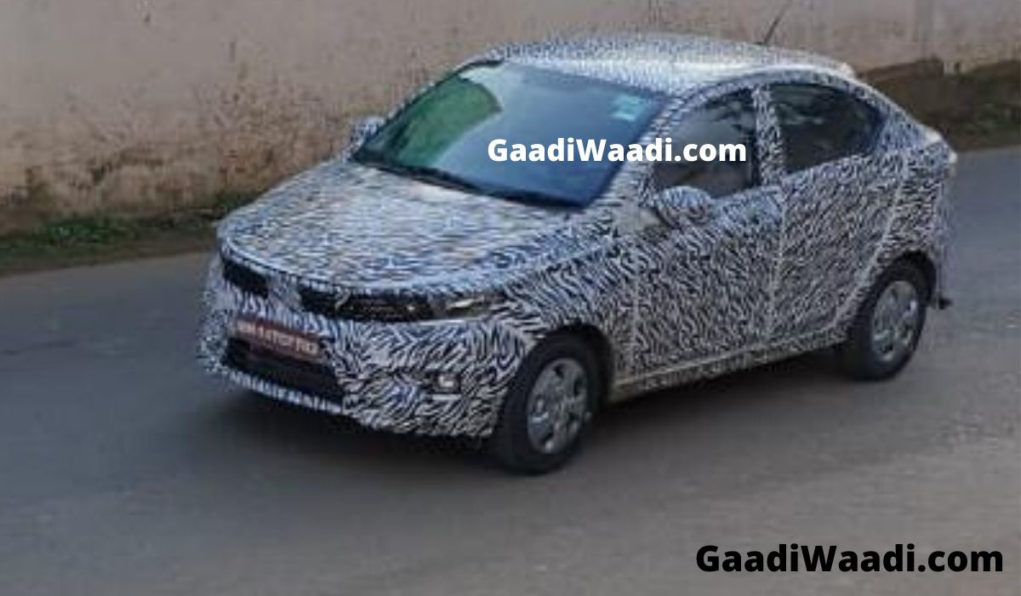 The front fascia has a more prominent angular grille with wider headlamps and the bumper section is also redesigned along with wider air intakes. The changes are reminiscent of the Impact Design 2.0 philosophy debuted in the Harrier and akin to the upcoming Altroz hatchback.

The rear end is expected to get subtle updates while the side profile remains largely unaltered. The interior will get its share of revisions as a large touchscreen infotainment system with Apple CarPlay and Android Auto connectivity, a fully-digital instrument cluster, more upscale interior and features are expected to be on board. 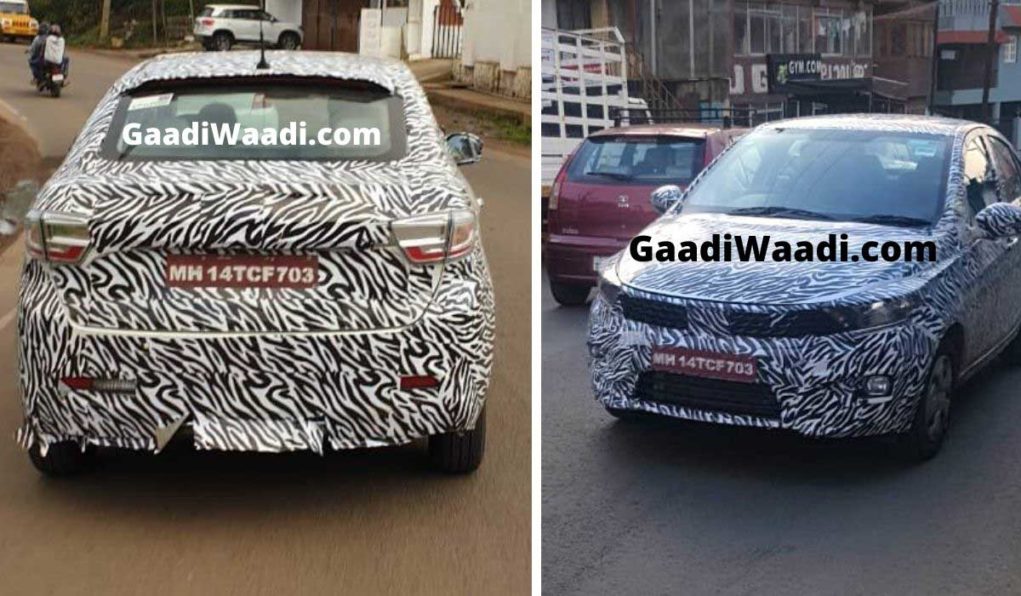 Reports indicate that the 1.05-litre Revotorq diesel engine making 70 PS and 140 Nm will be let go in favour of a detuned 1.5-litre diesel unit found in the Nexon with BSVI compliance. The 1.2-litre Revotron petrol motor, on the other hand, will continue in its place kicking out 85 PS and 114 Nm. Both the engines should be mated to either a five-speed manual or an AMT.