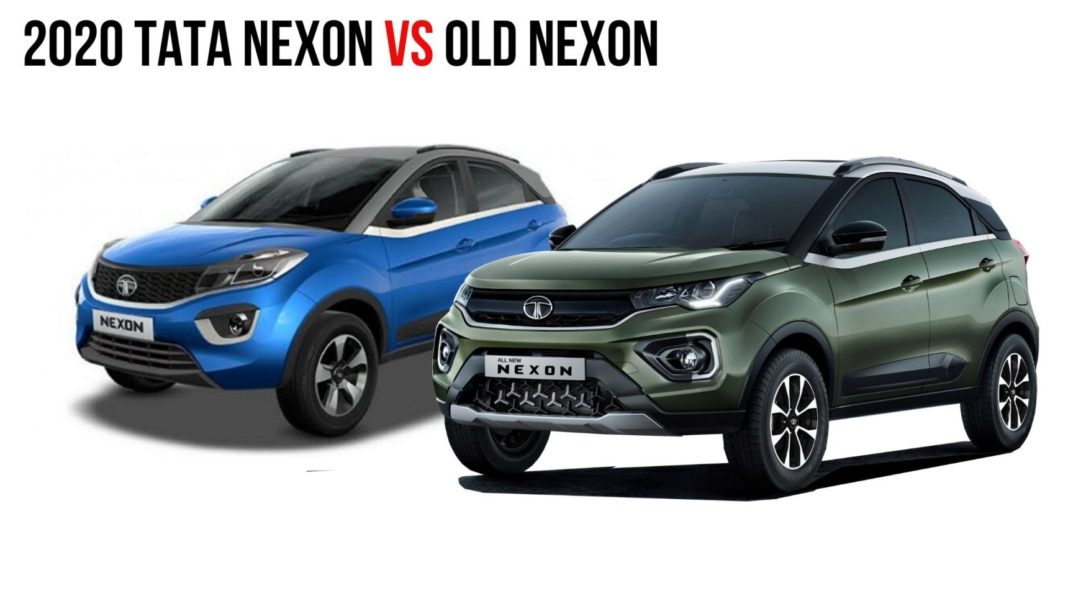 Prices of 2020 Tata Nexon facelift start at INR 6.95 lakh for the petrol variant and Rs 8.45 lakh for the diesel model, it comes with Nexon EV-inspired look and BSVI compliant engines

After months of waiting, Tata Motors, the popular homegrown carmaker, has finally introduced the mid-life facelift for its Maruti Vitara Brezza-rivalling Tata Nexon compact SUV. The new model has gone on sale at a starting price of Rs 6.95 lakh (ex-showroom) and comes with BSVI compliant engine options along with a handful of styling updates.

Compared to the previous model, the 2020 Tata Nexon facelift is dearer by up to Rs 55,000. While prices of the petrol version have increased by roughly Rs 22,000, the diesel model now costs as much as up to Rs 55,000 more. The increase in price is mostly due to the introduction of the BSVI-compliant engine options.

Visually, the 2020 Tata Nexon facelift looks a lot like the upcoming Nexon EV that was revealed recently. Compared to the previous version, the new model looks more upmarket due to a comprehensively revised front-end and various other touches. At the front, it gets a sleeker grille, sportier bumper with a faux skid plate and a sharper set of headlamps. In the side profile, it gets a set of new diamond-cut alloy wheels, while the rear-end comes with clear-lens LED taillamps and a new bumper. The tailgate also gets a centrally-placed Nexon badge.

While the facelift gets a tri-arrow patter on the grille, unlike the EV, it doesn’t come in a blue finish. It may be noted that the company has reserved all the blue accents for the electric version. The 2020 Tata Nexon facelift will be on sale in six color options, including the Foliage, Flame Red, Tectonic Blue, Pure Silver, Daytona Grey and Calgary White along with dual-tone roof options. Similar to the previous version, all the colours will be available with the dual-tone option.

The interior of the 2020 Tata Nexon facelift gets several updates over the previous version. The steering wheel, for example, is new and is the same unit as the one on the Nexon EV. Also, the conventional dials of the previous version have made way for an all-digital unit similar to that on the Tiago facelift. Other than this, the upholstery has been changed. The new model even comes with the company’s ‘iRA Tech’ connected car technology, which is a new addition over the previous version. 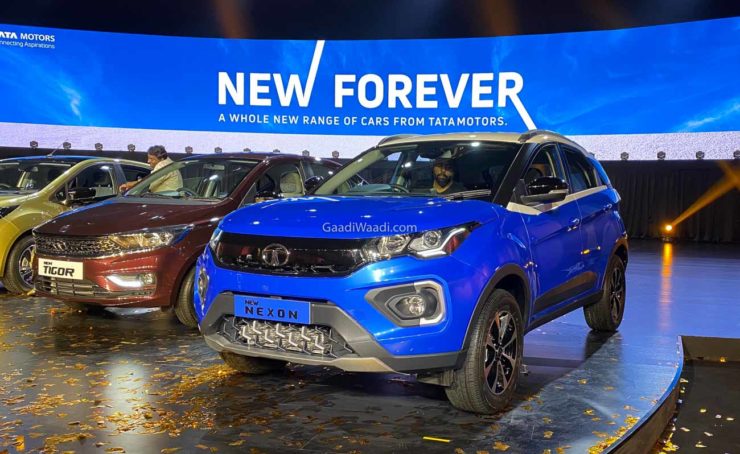 Of course, the most important change lies in the powertrains. Akin to the previous version, the 2020 Tata Nexon facelift is available with 1.2-litre turbo-petrol and 1.5-litre turbo-diesel engine options. However, this time around, both the motors are compliant with the BSVI emission norms that will come into force on 1 April, 2020. It’s important to mention here that many manufacturers are often seen sacrificing the performance marginally in order to achieve stricter emission control. 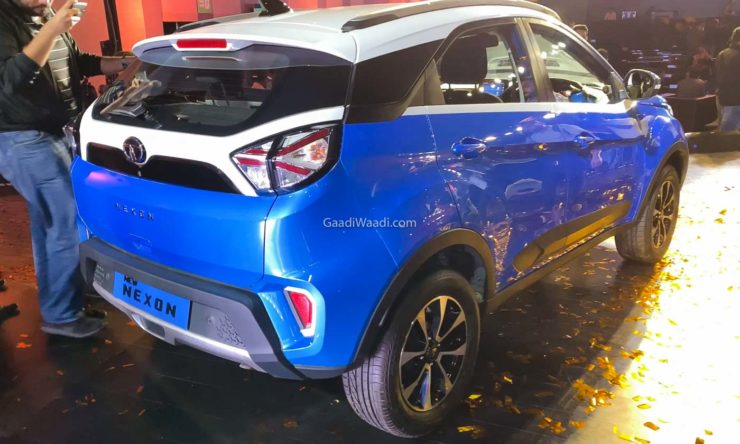 Both the engine options are available with two transmission choices – a 6-speed manual and a 6-speed AMT. The launch of the updated Nexon will be now followed by the introduction of the EV version in a few days from now.