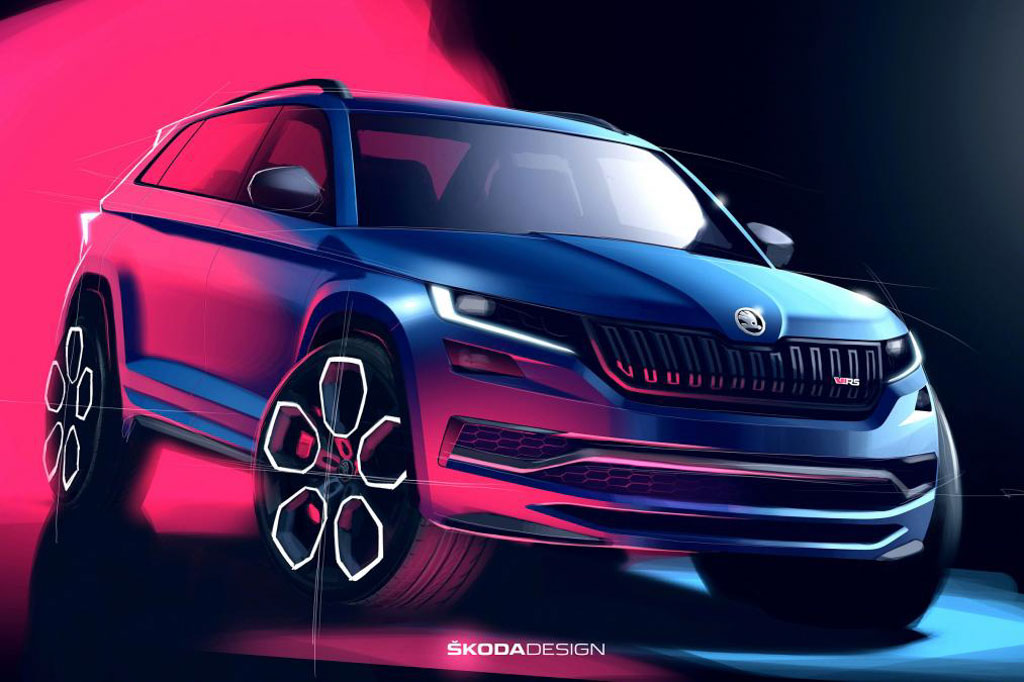 Skoda Kosmiq compact SUV will more likely make global premiere at the 2019 Geneva Motor Show in March; to be the most affordable in the lineup

Skoda had to pull the plugs on the long-serving Yeti to make way for a new breed of crossovers and it was indeed a feisty move. In line with the global acceptance for SUVs and crossovers, it acted as a threshold for new strategy that would prove its worth for future sustainability. The Kodiaq and Karoq have been a worldwide success for the Czech Republican brand and it resulted in them working on expanding the range further.

Wary of the fact that compact SUVs are needed for volume growth, Skoda have been making interesting decisions across different markets. In China, the Kodiaq received a coupe crossover in the form of a GT while the Kamiq sits right below the Karoq. Over to India, Skoda assumed responsibility for the massive India 2.0 project and the first compact SUV based on the MQB A0 IN platform is arriving in 2020.

Skoda’s compact premium SUV based on the Vision X concept will more likely spawn a Volkswagen cousin as well, as an expansive strategy with organisation restructuring has been devised to grab 5 percent market share (Skoda and VW combined) in India by 2025. The India-specific plans could put the suspicion on whether the Karoq will be launched here or not, but the upcoming compact SUV will definitely slot below it.

Keen on launching an entry-level SUV that will become the smallest in the global portfolio, the Mladá Boleslav based firm will be using ‘Kosmiq’ nameplate in Europe according to a report emerged on AutoCZ quoting a dealer document. The Skoda Kosmiq, if it turns out to be legit as it sounds, will be underpinned by the same MQB architecture as the VW T-Cross and Seat Arona at about 4.2-metre length.

It will compete against the likes of Renault Captur, Peugeot 2008 and Hyundai Kona in the European market. The speculation further suggests that the Kosmiq will only be offered with a front-wheel-drive configuration and it could be true considering that the T-Cross and Arona are FWD only.

Next month Skoda will be revealing its Scala hatchback while the compact SUV will likely debut early next year – probably at the 2019 Geneva Motor Show in March. Skoda may well use the Kosmiq moniker for India or opt a different name altogether. What is certain is that we will get to know how the production Vision X compact SUV will look like in the early parts of 2019.