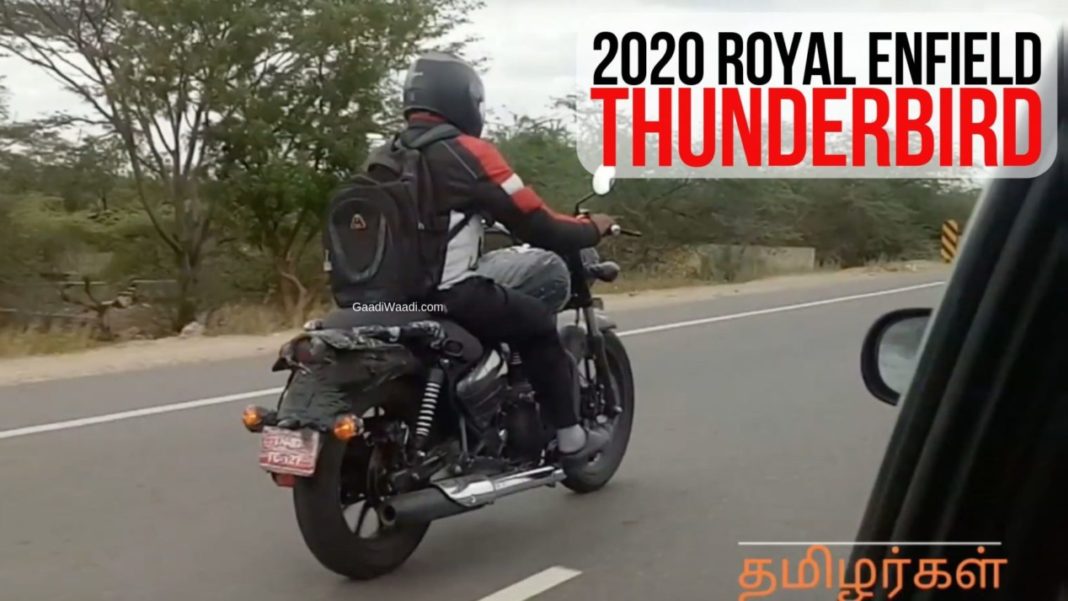 The next-generation Thunderbird X will feature a revised tail section, to be launched in late 2019 with all new BS6 engine

The 2020 Royal Enfield Thunderbird X was spotted testing on the roads of Tamil Nadu once again. While the previous test mule was spotted with a completely different rear tail section, the recently spotted test mule featured some significant cosmetic updates towards the rear profile as well.

To begin with, the motorcycle has received a new retro round shaped taillamp with chrome surrounds. The rear fender too looks short compared to its predecessors while the rear side turn indicators are positioned closer to the number plate area which adds a neat look.

Apart from these cosmetic updates to the rear profile, the other updates details are not visible in this particular spy video. However, expect the upcoming 2020 Thunderbird X to feature a revised fuel tank, headlamp and an updated instrument cluster with a new and more informative digital display.

The updated motorcycle will also feature a retro-styled engine. We believe that the BS6 compliant motor will ditch its current carburettor setup and will rely on a standard fuel injection system. The current generation Thunderbird 350X uses the same 346 cc and 499 cc engines that power the Classic and Thunderbird motorcycles.

Apart from the cosmetic changes and an updated engine, the 2020 Royal Enfield Thunderbird X will rely on the same telescopic fork setup at the front and twin-sided springs at the back. The braking duties will be taken care of by the disc brakes on both ends. A dual channel ABS safety system will also be offered as standard.