There is no doubt in the fact that the Royal Enfield Classic is definitely the most popular retro-styled motorcycle available in the country at this moment. Despite its steep pricing, the bike still manages to outsell many lower priced motorcycles but things started to change in recent times. The RE Classic Sales have seen a steady and consistent decline in the past few months since its biggest rival Jawa stepped into the market.

Recently, the second generation RE Classic was spotted on test in India and surprisingly the motorcycle appeared to be in its production form. RE has definitely spent a lot of time towards developing the next generation model and the test mule definitely revealed that this is an all-new motorcycle and not just an updated model.

Here are the 5 things that you could expect from the 2020 Royal Enfield Classic BS VI variant.

The upcoming RE Classic gets a new twin downpipe cradle frame and a redesigned chassis. The new chassis looks identical to what you will also find in the recently launched Royal Enfield Interceptor 650 and the Continental GT 650 as well. As a result of this newly designed chassis and swingarm expect the new motorcycle to also be lighter than the current generation bike. 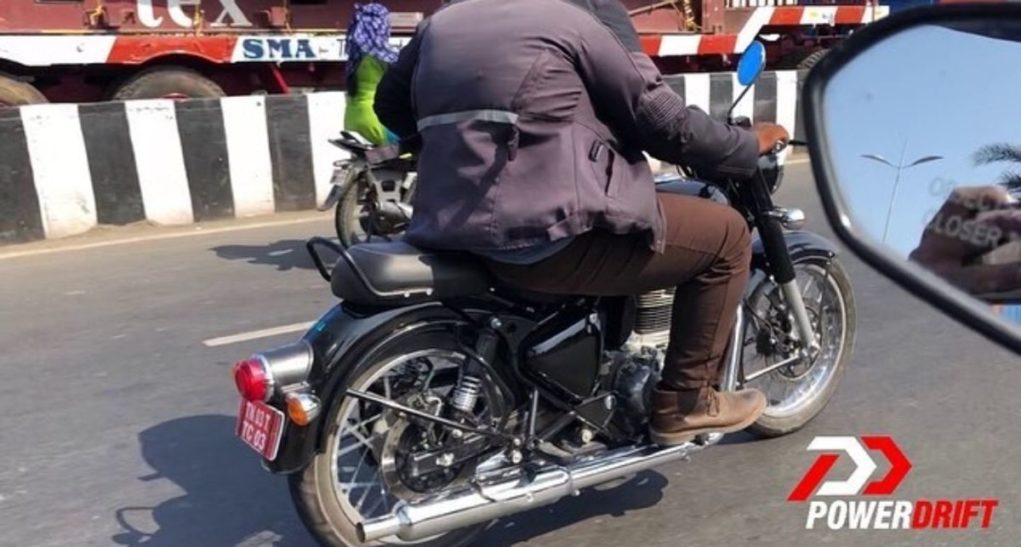 Although it’s too early to depict but you can expect the upcoming Classic motorcycles to get a completely new and updated engine. There are also rumours that RE might discontinue the two different displacement models (350 and 500cc) and will introduce only a single variant. Expect the engine to be much more refined than the current powerplant.

What is even more surprising is also the fact that the kick lever was also missing from the new engine unit. Besides the new engine, the motorcycle also featured a different looking gearbox as well similar to recently launched 650 Twins opposed to the unit we generally find in the current generation Classic model. The gearbox could be a new six-speed unit.

The upcoming Classic motorcycle will retain the basic design. The test mule was spotted with a LED taillamp unit. There is a possibility that the new Classic range of motorcycles could even feature a full LED lamps positioned inside the retro-styled round headlamp unit (to be quite honest, we would definitely loved to see the old halogen unit because it helps add the retro charm to the motorcycle).

Some of the other visual changes that you can also spot include redesigned split seats. Unlike the old seat configuration, the rider seat does not get the springs anymore. The pillion seat has also been redesigned as well and looks slightly bigger and well padded than the current generation model.

The motorcycle also sports a new grab rail at the rear and new slightly shorter exhaust muffler. The new generation Classic could also sport a new semi-digital instrument cluster as well. The digital display will provide some valuable information like a trip meter and a fuel gauge.

The new generation Classic receives a disc brake on both wheels and a dual channel ABS system as standard. The suspension duties of the motorcycle are carried by conventional telescopic units at the front while the rear gas-charged shock absorbers of the motorcycle have also been changed and it now features a slightly bigger spring cover.

There is a fair chance that RE could bring the Meteor nameplate back. The next generation model’s few body panels and the gearbox in particular looks to be inspired from the old ‘Meteor’ model.