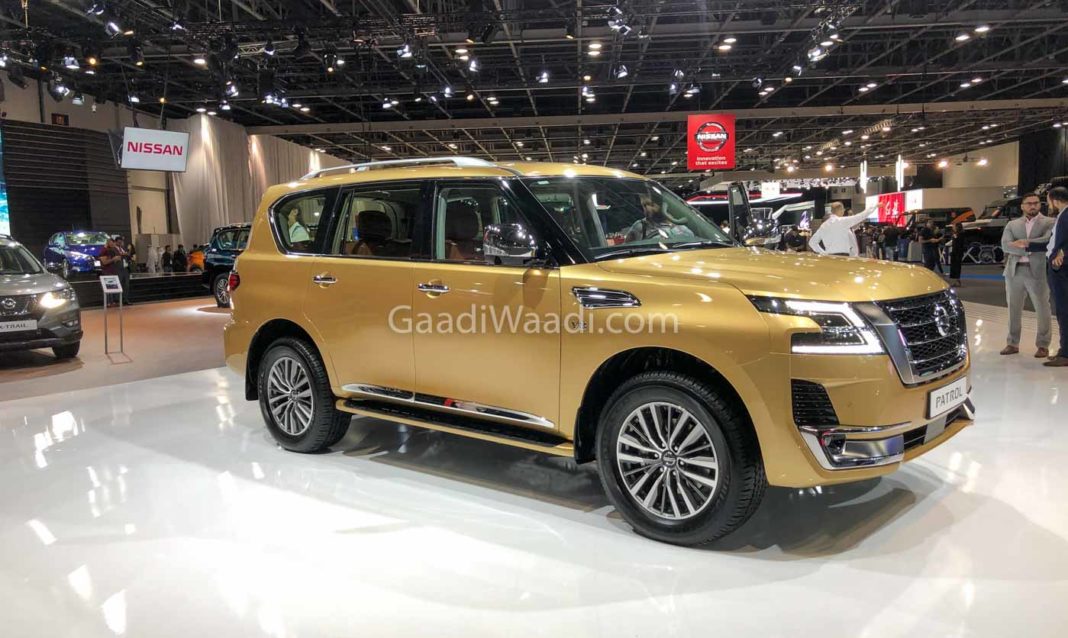 The Middle East being one of the most important markets for the Nissan Patrol, makes the biennial occurring Dubai International Motor Show a key event to showcase the next-gen version of the luxury off-roader. Hence, Nissan has wasted no time in showcasing a bright golden coloured Patrol at the said event and our walkaround video will explain all the necessary details.

Nissan has been producing the Patrol since 1951, and the 2020 model will mark the beginning of the seventh generation. The SUV features Nissan’s signature V-motional front-end with horizontal slats, surrounded by thick chrome garnish. The headlamps, integrated with LED DRLs feature a C-shaped design.

At the rear, the car retains its bold and muscular elements from the previous-gen model, but gets new LED tail lamps with swipe turn indicators. The boot lid also sports a chrome strip running between the tail lights, bearing the SUV’s name. Overall, the dimensions and design of the Patrol make it look beefy and muscular, yet the ample chrome treatment on the exterior reminds you that it is also a luxury car.

Inside the cabin, the 2020 Patrol gets two different touchscreen units, with the one on the top being the infotainment system that is integrated with Apple CarPlay and Android Auto, whereas the one under it houses the control for HVAC. New additions like the diamond-stitched, quilted leather seats make the car even more plush on the inside. 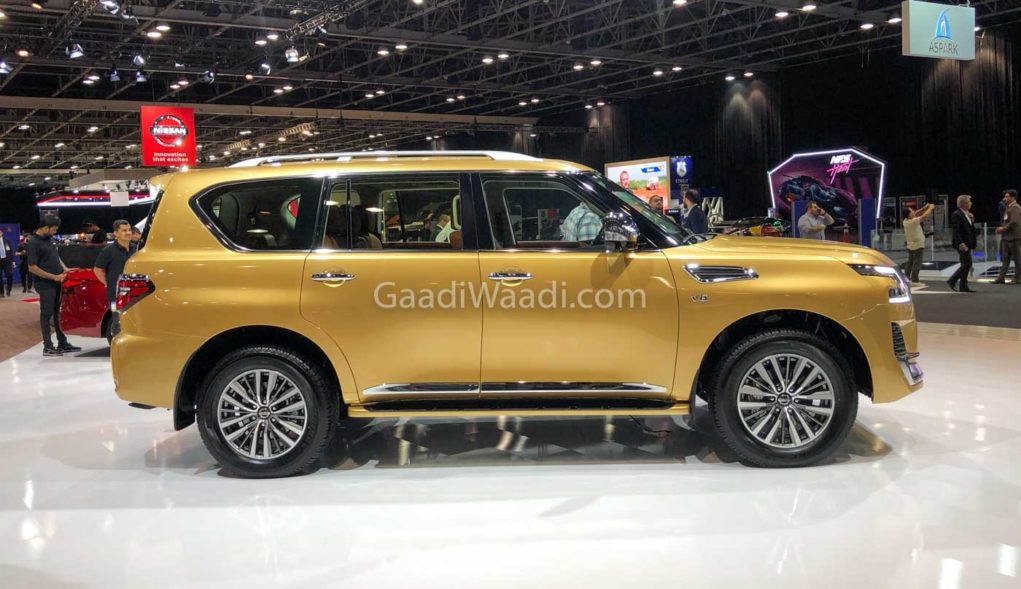