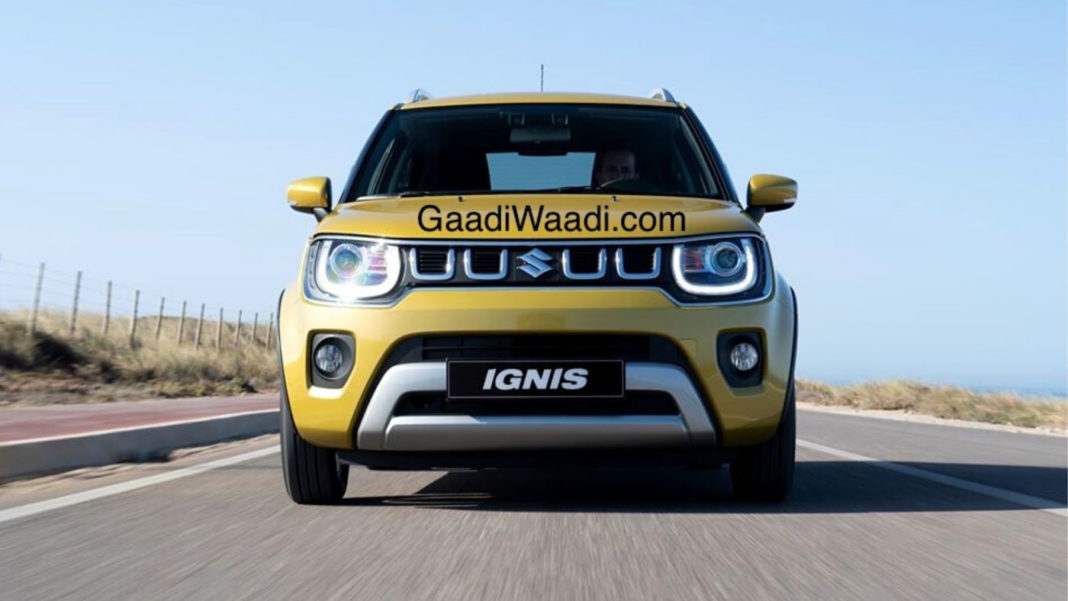 First launched in January 2017, the Maruti Ignis has been able to garner a fairly large fan following in the local car market. The crossover-style hatchback is positioned in the B1-segment and primarily rivals the Mahindra KUV100. While it was initially available in both petrol and diesel engine variants, the latter was discontinued owing to poor demand. Now, the small car is about to receive a BSVI compliant engine along with a host of styling updates. Here are all the changes you can expect from the new model –

The Maruti Ignis is powered by a BSIV-compliant K12B 1.2-litre petrol engine that outputs a maximum power of 83 PS and a peak torque of 113 Nm. Transmission options include a 5-speed manual and a 5-speed AMT. The 2020 Maruti Ignis facelift will carry the same motor, albeit, in a BSVI-compliant state. It may be noted here that the Swift and the Baleno, both of which use the K12B motor, have already received the BSVI version of the motor.

The biggest styling update on the 2020 Maruti Ignis facelift will be found at its front-end, which will feature a new bumper and an updated grille. The latter will be somewhat similar to what we have seen on the S-Presso and will have a ‘toothed’ design instead of the horizontal chrome-slat of the current model, while the bumper will look a tad chunkier and will feature a faux skid plate to enhance the SUV-ish look. 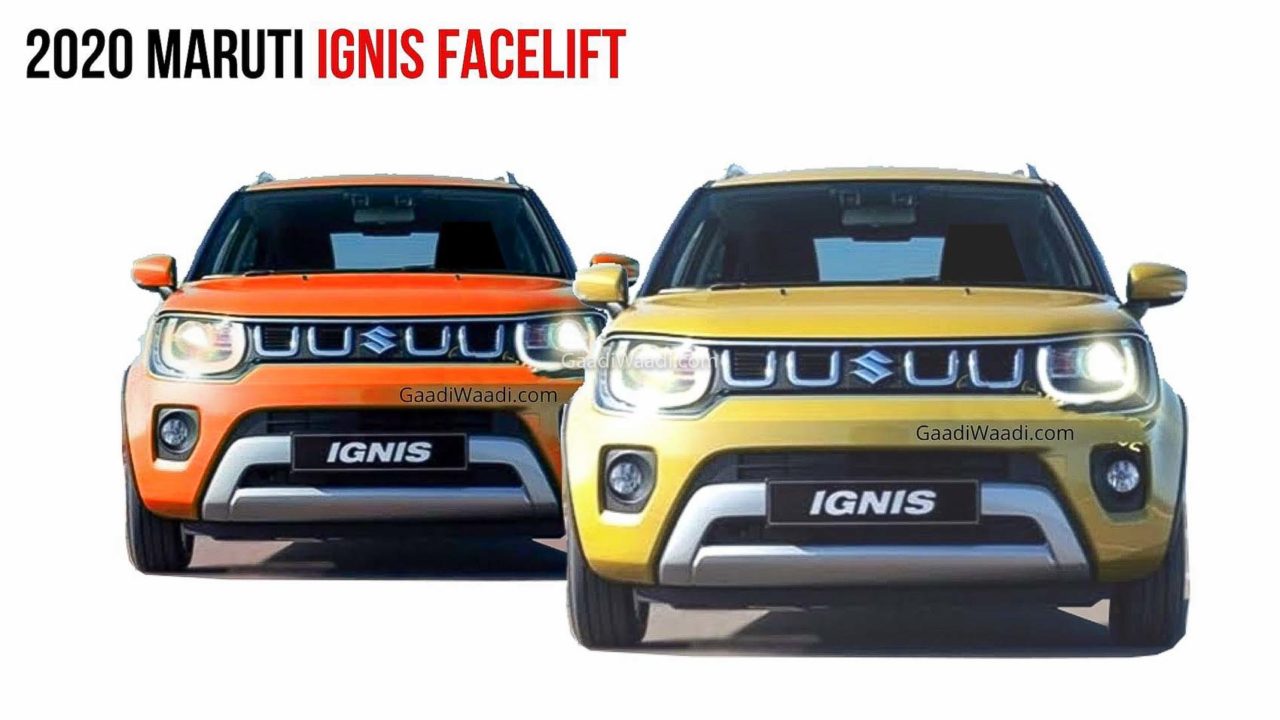 While the front-end of the 2020 Maruti Ignis facelift will look considerably different from that of the current version, the rear-end will remain largely unchanged. The only change here will come in the form of a new bumper. Akin to the front unit, the rear bumper will carry a pretty large faux skid plate, which will help you differentiate the posteriors of the current and refreshed models.

Other than this, there won’t be any other change to the rear-end. Also, like the current model, the updated version will be sold sans a roof-mounted rear spoiler. However, it will continue to be available as a part of the optional accessories list. 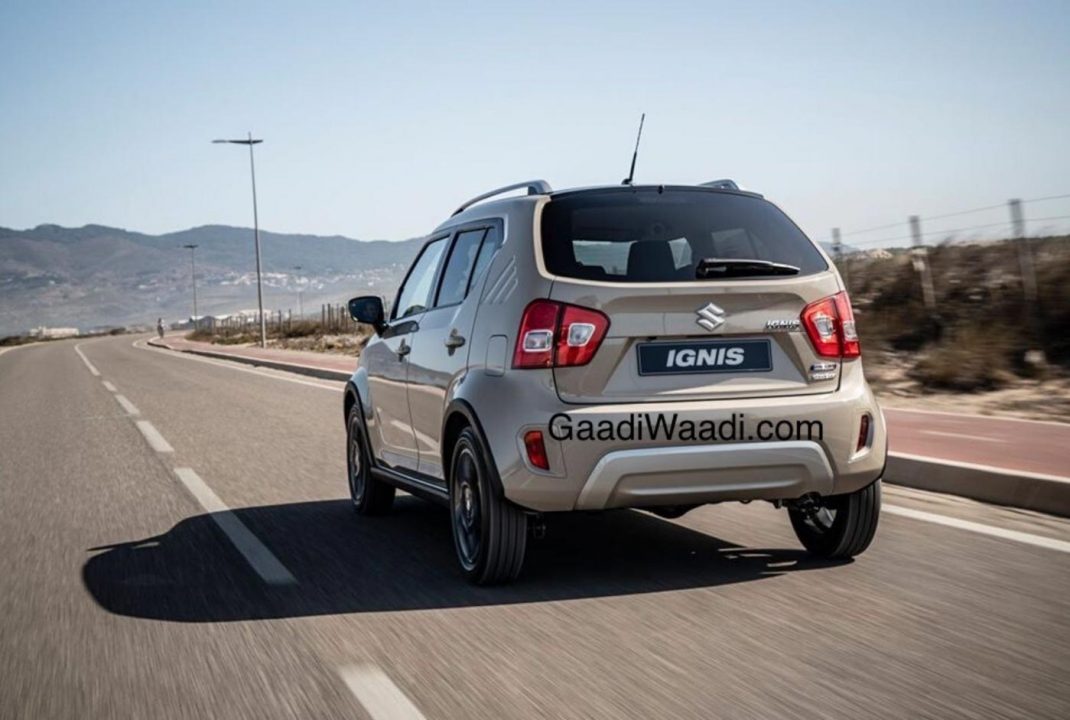 Currently, the Alpha trim of the Maruti Ignis comes with the company’s SmartPlay infotainment unit. However, the same will be replaced by the newer SmartPlay Studio unit that is already available on the updated Baleno. Compared to the Smartplay unit, which is a Bosch-sourced unit, the Smartplay Studio system is a Clarion-sourced unit. While not as intuitive as the older unit, the SmartPlay Studio touchscreen infotainment unit offers some additional features, such as information on the driving behaviour and fuel consumption.

Going by the leaked official images of the 2020 Maruti Ignis facelift, the updated cross-hatchback will be sold with some new colour options. However, details of the interior are still scarce at the moment. Currently, the cabin of the Ignis comes finished in a dual-tone black-white colour scheme which looks pretty upmarket. 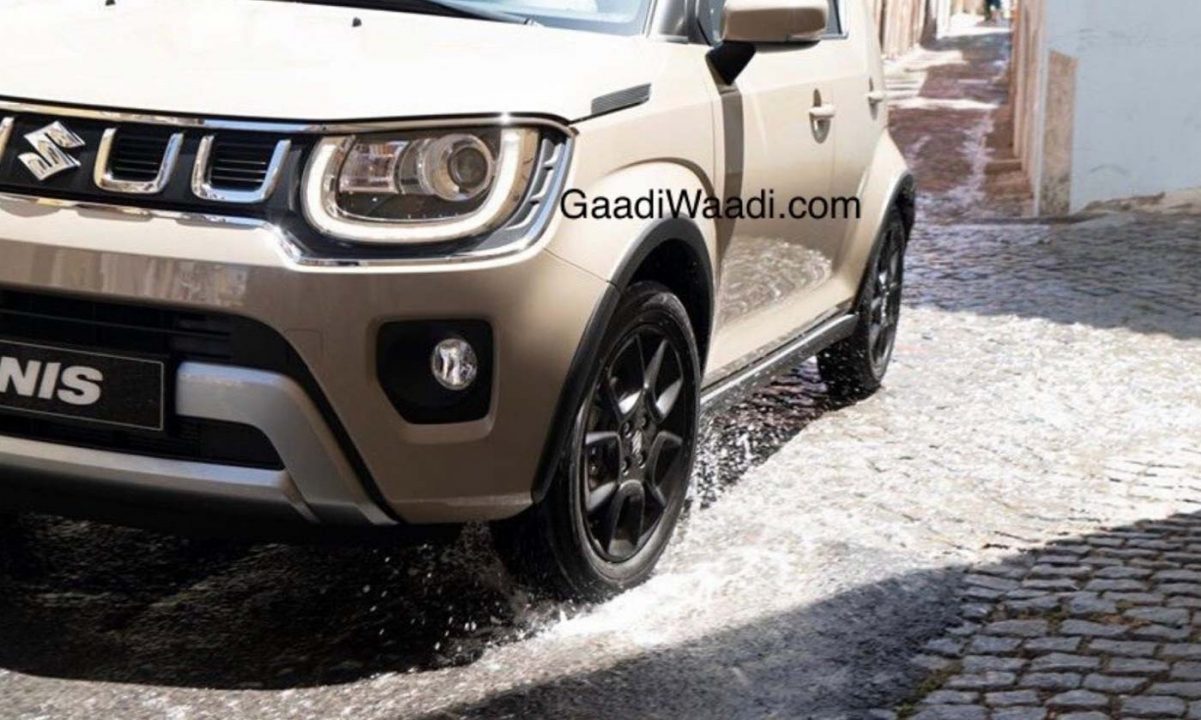 However, the refreshed model could get a revised colour scheme, details of which aren’t available at the moment. Also, it’s not yet known if the new colour options seen in the leaked images would make it to the India-spec model. Hence, it looks like we will have to wait till the updated car’s official debut at the Auto Expo 2020 before we can get our hands on the full details of the vehicle.